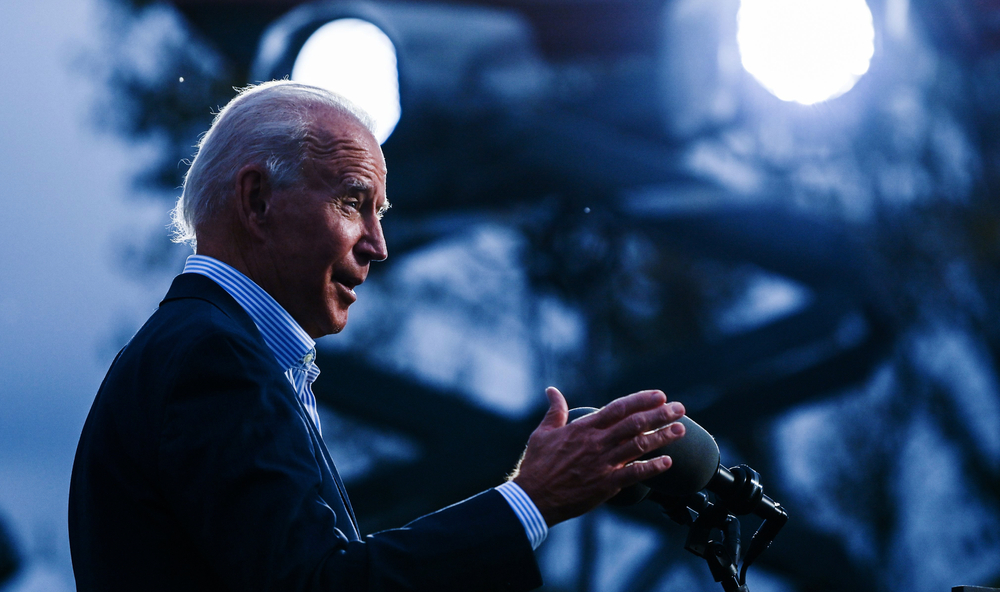 Last week at my site, just after an inauguration speech Chris Wallace and the rest of the frauds and sycophants in the mainstream media applauded solely because membership in the D.C. cocktail club required it, I posted a historical perspective. It sifted the 20th- and 21st-century presidents into four categories: Positive Change Agents, Competent Managers, Determined Wreckers, and Abject Bums.

Feel free to check out the post to see where President Trump landed. But you won’t find Joe Biden slotted in any of the categories. Not yet.

Biden has a record, of course, and his ideological professions, talent level, and mental acuity are known knowns. That he isn’t a candidate for the first two categories is quite obvious.

But is he an Abject Bum, or a Determined Wrecker?

It isn’t that the answer is complicated. It’s that there are two answers. We can see this pretty easily from checking the things spewing out of Biden’s mouth against the executive orders micturating from his presidential pen.

Biden prattles on about unity and recovery, and he almost seems sincere about it. In fact, if he wasn’t so clearly a man incapable of honesty one might even believe he seeks unity rather than obedience.

Those executive orders, on the other hand, which represent the most violent lurch to the left in the first week of a presidential administration in U.S. history, don’t reflect an Abject Bum administration.

Jimmy Carter was an Abject Bum. So was Herbert Hoover. This is not that, as bum-ish as Biden certainly appears to be.

This is the work of Determined Wreckers, with Biden as their puppet.

So much so that if one were to prepare America to surrender its superpower status to China, something soon to be put to the test as the ChiComs bare their fangs in Taiwan’s direction, it’s difficult to understand what one would do differently.

Take Biden’s Pearl Harbor–style assault on the energy industry. He didn’t just kill the Keystone XL pipeline, which is the single most aggressive foreign-policy provocation against Canada since Hampton marched on Montreal — no less than three Canadian provincial premiers considered the Keystone XL shutdown as an act of war. He also shut down all oil drilling on federal lands for 60 days, which prompted the Ute Indians to a similar reaction to the Canadians.

The assault on the domestic oil and gas industry is now estimated to place as many as one million jobs in jeopardy. This amid a COVID-crippled economy Biden expects to make worse as he attempts to induce even tighter federally sponsored economic lockdowns.

What’s the effect of this going to be? It isn’t difficult to understand.

We all know what that means. It means relying on foreign oil, and it also means paying top dollar for it.

It means being dragged into more Middle East wars in which American interests are murky if not nonexistent.

It means turbocharging Vladimir Putin’s treasury, as Russia takes over from the United States as the world’s leading producer of oil and does so amid a global oil shortage and an inevitable price spike. And it also means China’s ongoing attempts to buy up Third World oilfields with its state-run oil companies puts more control of the energy supply in the hands of hostile powers who will use that leverage against us.

Of course, Biden isn’t just acting to empower China in the oil and gas realm. He’s also allowing them to insert themselves into our power grid.

Yes, you read that correctly. Biden suspended a Trump executive order signed last year that prohibits utilities serving critical U.S. infrastructure from using suspect hardware made in China. That move calls into serious question whether Chinese hardware might compromise the integrity of the power supply in the case of a conflict, and whether it could be used to hack our power grid.

Then there’s the executive order destroying women’s sports and inserting men into women’s bathrooms. There’s the one re-yoking the United States to the Paris Agreement, even though the American economy has met all of its benchmarks without the top-down economic control it envisions — a pretty obvious signal that the control, rather than the carbon emissions, was always the juice behind the Paris Agreement. There was the rescinding of the Trump “Muslim ban,” meaning we’ll now be taking in refugees by the thousands from lawless hellholes like Sudan, Syria, Yemen, and Libya, in which no authority is available to vet candidates for terrorist leanings.

There was his mandate of mask-wearing on federal property, which he himself violated several times in the first three days of his presidency.

And there was his throwing-open of the southern border, something sure to reignite the chaos that had gripped the American Southwest before Trump put a stop to it — and all but certainly will turbocharge COVID infections from Texas to California.

He’s certainly not done. His cabinet choices indicate the people who control Joe Biden are wild-haired radicals, revolutionary Jacobins who despise this country as founded and are determined to wreck it in order to replace it with something of their own making.

Crowding the National Guardsmen he called to D.C. to protect him from imaginary assailants into billets in open-air parking garages in near-freezing weather reeks pretty decisively of contempt for ordinary Americans, does it not?

And Team Biden’s rescinding of Trump’s 1776 Commission is a gratuitous bit of historical vandalism that can’t be dismissed as housecleaning. No more patriotic education for this regime. It’s full-on cultural warfare against all of you white racists, even those of you who are, er, less than white.

An Abject Bum posing as a Determined Wrecker, with the advisers and functionaries to match, gives us the worst of all possible worlds.

I once had a conversation with a sage individual who told me something surprising. Faced with the choice among socialist candidates, he said, always choose the least competent one — because his blunders will render him ineffective to ruin your life. That doesn’t specifically apply to Biden, because his opponent in November was no socialist. But one would have thought the addlepate resident of the White House would take things slowly in order to give the American people a chance to acclimate ourselves to him.

Y’know, the old saw about boiling the frog slowly, so he doesn’t jump out of the pot.

But Biden, or more to the point the people who control him, don’t understand subtlety. They don’t understand blowback — or, if they do, they welcome it because they think it will justify the real war they want. That being the war they plan on waging against the American people, using those same troops they’re parking in those cold garages, as they wreck our society and economy and give socialism one last college try, after they’ve rendered us poor, defenseless, and desperate.

It won’t go well. For anybody.