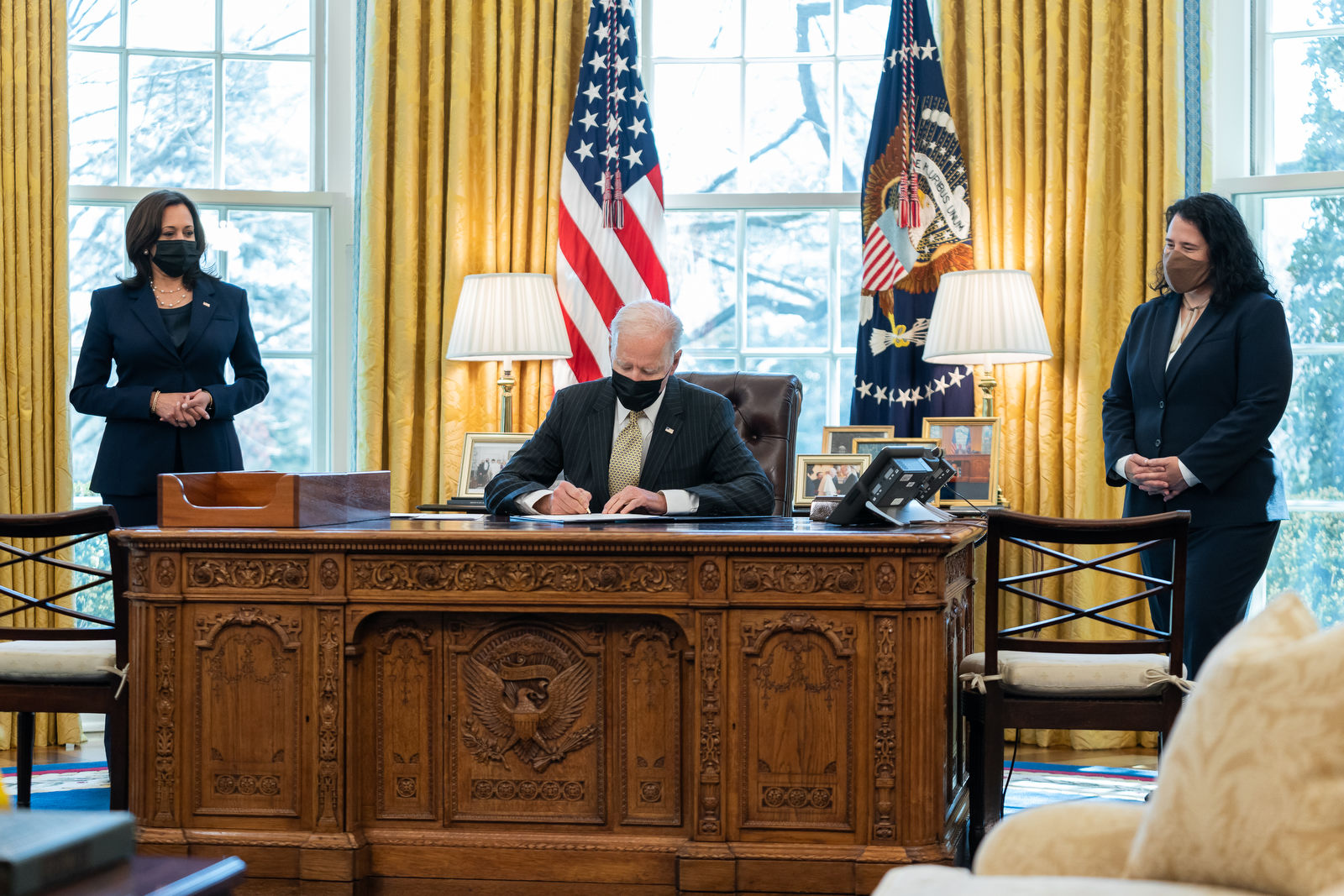 President Biden signed an executive order (EO) Friday “to advance Diversity, Equity, Inclusion, and Accessibility (DEIA) in the Federal workforce.” DEIA is a euphemism for critical race theory (CRT), the divisive Marxist ideology that has metastasized across our country’s schools and angered parents after they learned that teachers were segregating groups of people into racial hierarchies of “oppressor” and “oppressed,” distorting the history of our country’s founding as rooted in racism, and calling for students to “abolish their whiteness.”

According to a White House Fact Sheet, “The enduring legacies of employment discrimination, systemic racism, and gender inequality are still felt today” in the federal government. As of 2017, the executive branch employed almost 1.2 million men and included over 905,000 women. Minorities make up roughly 36.7 percent of the federal workforce, including 18.2 percent of Black staffers and 8.8 percent of Hispanic or Latino workers. Yet somehow Biden believes that the same federal government that he oversaw with Barack Obama for eight years remains a deeply bigoted, sexist, and racially oppressive institution.

Biden’s EO directs the Office of Personnel Management (OPM) and the Office of Management and Budget (OMB) to improve opportunities “for communities that have historically faced employment discrimination and professional barriers” and asks all federal agencies to review within 100 days “whether employees who are members of underserved communities face barriers to employment, promotion, or professional development within their workforce.”

In other words, the EO presents no hard evidence that there is currently any form of discrimination in the federal government. And it fails to point to a single law, pending legal case, or practice that is discriminatory or inherently racist, so instead it directs agencies to go searching for instances of supposed racism or other discrimination. It is also telling that only employees who are “members of underserved communities” will be asked whether or not they have faced any forms of discrimination. Apparently discrimination does not exist against those who are not people of color. Sorry, white, heterosexual Christian men, your “privilege” and “white rage” are considered disqualifying.

It is not clear what are the benefits of providing more power to chief diversity officers across federal agencies or why promoting “diversity” at executive branch agencies such as the Department of the Interior (DOI) should be such a high priority for an agency that is responsible for managing federal land and natural resources across the country.

But perhaps Erica D. White-Dunston, the director of the Office of Diversity, Inclusion, and Civil Rights at the DOI, can help illuminate why we supposedly need more people like her in the federal government. Here is what Dunston wrote in her Juneteenth newsletter to the agency’s more than 70,000 employees: “The disproportionate impact of mass incarceration, discriminatory housing policies, and a lack of educational and economic investment in communities, along with the acts of violence and racial profiling incidents that continue to capture national attention, shows that while the African American community has made progress over the past 150 years, considerable barriers continue to impede that progress.”

Aside from the fact that virtually nothing in White-Dunston’s statement resembles reality, it appears that under Biden, more divisive people like White-Dunston will soon find themselves in prominent roles in the federal government. As the fact sheet explains, the EO will expand “diversity, equity, inclusion, and accessibility training throughout the Federal workforce…. so that Federal employees are supported in building skillsets to promote respectful and inclusive workplaces and have increased understanding of implicit and unconscious bias.” Evidently, slandering law enforcement as “systemically racist” is just the sort of “respectful and inclusive” skill set the Biden administration admires.

Biden’s take on “diversity training” stands in stark contrast to that of former President Trump, who signed an EO last year to eliminate CRT in the federal government after he became aware that employees in the executive branch were required to attend trainings where they were told that “virtually all White people contribute to racism” and white employees were forced to admit that they “benefit from racism.” Federal employees were also being taught that “there is racism embedded in the belief that America is the land of opportunity.”

Christopher Rufo said it best in a recent op-ed in the Wall Street Journal:

Critical race theory isn’t an exercise in promoting racial sensitivity or understanding history. It’s a radical ideology that seeks to use race as a means of moral, social and political revolution. The left-leaning media has sought to portray it as a “lens” for examining the history of racism in the U.S., but this soft framing obscures the nature of the theory, which maintains that America is an irredeemably racist nation and that the constitutional principles of freedom and equality are mere “camouflages,” in the words of scholar William F. Tate IV, for white supremacy.

But Biden, who ended Trump’s CRT ban, apparently has no problem with mainstreaming CRT in the federal government and promoting the racist propaganda of CRT promoter Ibram X. Kendi, who wrote in the Atlantic last week that “To say that there is widespread racial inequity caused by widespread racism, which makes the United States racist, isn’t an opinion, isn’t a partisan position, isn’t a doctrine, isn’t a left-wing construct, isn’t anti-white, and isn’t anti-American. It is a fact.”

The notion that white people and large-scale institutions in the United States are, to this very day, complicit in condoning racism and continuing to suppress and disenfranchise people of color is not only not supported by any evidence but is the definition of anti-white bigotry and is deeply anti-American. CRT is a poisonous ideology that must be eradicated. But sadly, Biden will now be bringing its cancerous teachings to every agency across the federal government.