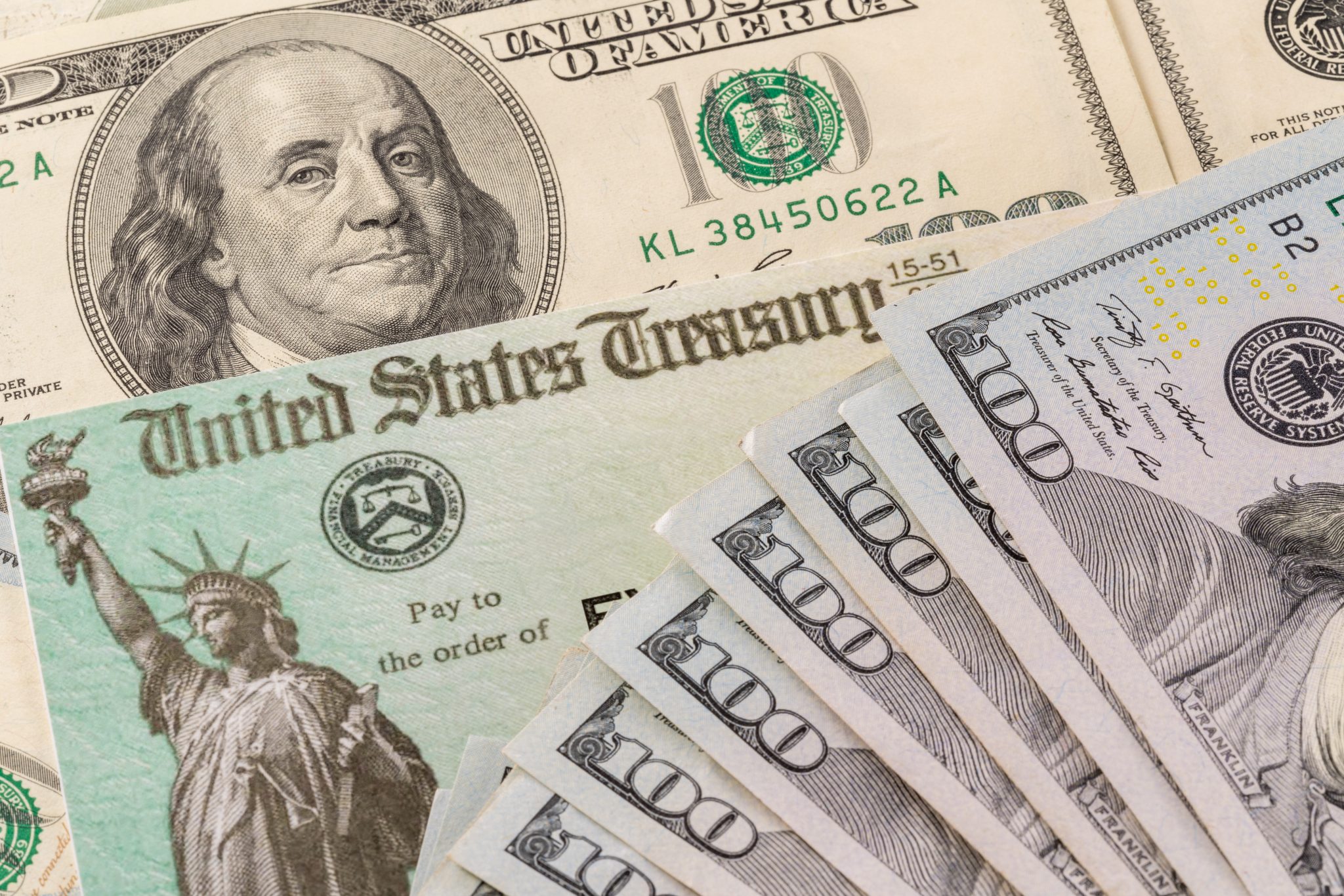 Since the pandemic began early last year, the federal government has passed three stimulus packages totaling $5.15 trillion: including $2.35 trillion in March/April 2020; $900 billion in December 2020; and $1.9 trillion in March 2021 (the American Rescue Plan Act of 2021, or ARPA). This total, by the way, does not include efforts of the U.S. Federal Reserve that could exceed $4 trillion.

$5.15 trillion sure seems like a lot of money, but what makes the pandemic spending “huge” in absolute terms is the continued growth in debt by 1) the consistent inability of the federal government to limit itself to only the revenue it has, and 2) the size of U.S. overall debt in comparison to the size of the economy (the U.S. Gross Domestic Product, or GDP, the total value of goods and services produced, which was $21.43 trillion in 2019).

The annual budget for the United States in 2019 was $4.45 trillion. But that budget was adopted with only enough revenue to cover 80 percent of it, so, 20 percent or $0.9 trillion was borrowed. Since 1968, our federal leaders have produced a balanced budget only four times in 52 years. With almost constant annual planned deficits, the federal debt has grown from $271 billion in 1957 and has never been reduced. Consider the last hyper-polarized budget stalemate in 2018–19 between Trump and Congress. The two sides couldn’t come to a consensus, so they eventually “compromised” on an 8 percent increase in spending.

States (except for Vermont) are not allowed to budget this way. They are required to adopt only balanced budgets with no borrowing at the beginning of the year. If an unanticipated deficit develops, then borrowing becomes an allowable option later. Somehow both red and blue states manage to do it every year. Of course, states have their own methods of gimmicks and gaming the system, such as pension “reform,” which often consists of spreading payments long into the future to lower costs in the short term or using questionable assumptions such as unclear bottom-line savings targets to achieve a balanced budget on paper.

Not only are the pandemic stimulus packages larger than the entire U.S. annual budget but they increased overall spending from $4.45 trillion to $9.6 trillion (or 116 percent) on an annual basis. That may not be so alarming if we had the money — but we don’t — which leads us to our overall debt problem.

Perhaps the most troubling aspect of the most recent stimulus package, not to mention the stimulus of December 2020, is that it was arguably not needed and can actually hurt the economy.

According to the Congressional Budget office (CBO), the U.S. public debt that we all owe as citizens was $16.8 trillion in 2019, which represented 79 percent of U.S. GDP. Adding $5.15 trillion makes it $21.95 trillion and larger than the entire economy. Since the GDP total includes what the government spends in addition to what one normally thinks of as good and services produced by the U.S., e.g. by the private sector, this increase in government spending has resulted in an all-time high portion of the GDP that is related to government spending or 44 percent of total GDP. So that means a growing and very significant portion of the U.S. economy is based on spending “priorities” determined by D.C. politicians.

High debt levels slow economic growth. According to the World Bank, debt levels above 77 percent result in slowed economic growth with each percentage point of debt above this level costing a developed country 0.017 percent in annual economic growth — equating to about a 1/2 of a point of annual growth. This may not seem like a lot, but overall GDP growth has only ranged between 1.6 percent and 2.9 percent over the last 10 years.

It would take average Americans more than 2.5 years using up all of their annual income to pay off their portion of the debt. That’s because each of the 328 million Americans “owns” more than $82,000 of the national debt, but annual per capita income is only about $32,000. This is the largest external public debt in the world. High debt levels are sometimes described as “driving with the emergency brake on.”

Another problem with rising debt is that the interest on it, along with other fixed (“mandatory”) expenses like pension costs, Medicare, Social Security, etc. crowds out spending for other valuable discretionary programs such as defense, education, veteran benefits, and the like. In 2019, interest on the debt totaled $376 billion or 8.4 percent of the budget. If one removes “mandatory” spending, interest, and deficit spending, the amount of funding actually available for discretionary spending (education, transportation, housing, energy, etc.) in 2019 was only 5.4 percent of the budget. Given the significant amount of new debt and the continued growth in mandatory spending, this proportion will only decrease. Fortunately, interest rates have been low for years, so the increase in interest cost has been tempered.

Perhaps the most troubling part about the most recent stimulus package, not to mention the stimulus of December 2020, is that it was arguably not needed and can actually hurt the economy. In early 2020, a stimulus in the face of the economic coronavirus uncertainty seemed reasonable. But with multiple vaccines being distributed and overall positivity increasing with new stock market highs, the U.S. Federal Reserve in December 2020 predicted an annual U.S. economic growth rate of 4.2 percent, up from 4.0 percent in September 2020. The forecast for 2021 even before the vaccine came out was higher than the last 10 years!

In addition, the U.S. Federal Reserve in December 2020 predicted an unemployment rate of 5.0 percent for 2021 (“full employment” is considered 4.1 to 4.7 percent), which is lower than most of the past 40 years (the average unemployment rate since 1983 is over 6 percent and has only dipped below 4 percent in 25 months – 20 of which occurred during the Trump years). We have strong growth and above average employment — but still we need a huge stimulus package?

When growth is robust and the government pours massive amounts of money into the economy, especially at a time of stock market highs and with pent-up demand due to the fading pandemic, high demand will inflate prices upward. But inflation erodes the value of money. For those people who are nearing or are already in retirement and who have their money in low-risk/low-interest investments, the value of their money can go down. Older people especially like to use certificates of deposits (CDs) as investments. They remember the 18 percent interest rates of the early 1980s. Back then CDs were a simplistic hedge against inflation, but since interest rates have been kept artificially low since 2008 (near zero for most of the time), CDs only earn about 0.5 percent. When inflation rises above investment interest, the investment loses value. Whatever your investment, if you are earning 1 percent annually and inflation becomes 4 percent, you lose. This can have a serious impact on retirees and the economy since retirees will have less money to spend. And they do spend. People 50 years and older make up about 39 percent of the economy.

The recent ARPA contains $1.9 trillion of mostly profligate, barely-thought-through spending. For example, Sec. 1003 of the ARPA appropriates $47.5 million “for necessary administrative expenses associated with carrying out” pandemic administration without any guidance as to how it should be spent. That’s the norm. The bill also contains $350 million for state and local governments. When asked by reporters if states could use the funds to offset tax revenue declines, “a senior Biden administration official did not clarify. The aid is intended to be flexible,” the official said. In some states and municipalities, the feared 2020 crisis did not materialize with overall state revenues declining by less than 2 percent resulting in a windfall of 20 percent above normal revenues.

There are too many non-pandemic-related items in the Act to cover here, but the area that has gotten the most coverage has been the direct payment component of the package, in which all individuals with incomes under $75,000 will receive $1,400, with a phaseout above that, which costs $410 billion. Even if you are fine with someone making $75,000, not having any income loss, and getting a check for $1,400 with no questions asked, what about the other $1.5 trillion? Unlike the hastily written, empty impeachment articles against Trump, which amounted to a mere 566 words, the ARPA is a solid 242 pages of a dizzying array of programs, projects, and beneficiaries, and it reads like a package of giveaways and long-held Democratic priorities masquerading as pandemic relief — line after line of doling out money. You can read an excellent summary here.

People who worked through 2020 with no reduction in pay chat about how they are going to spend their “stimmy” checks. A poll conducted by a securities firm found that 40 percent of the respondents plan to invest at least some part of their checks in stocks/bitcoin. Other interviewees will fund a Robinhood account, donate $800 to a Buddhist Center, help fund a side business, or fund college savings accounts.

The sad reality, is that they, or someone else, will have to pay the bill in the future. The negative impact will eventually be realized, but as we have seen all too often, it will take a crisis to stop it.

Alan Calandro is the former director of the Connecticut Legislature’s nonpartisan Office of Fiscal Analysis and a former University of Connecticut chief of staff.