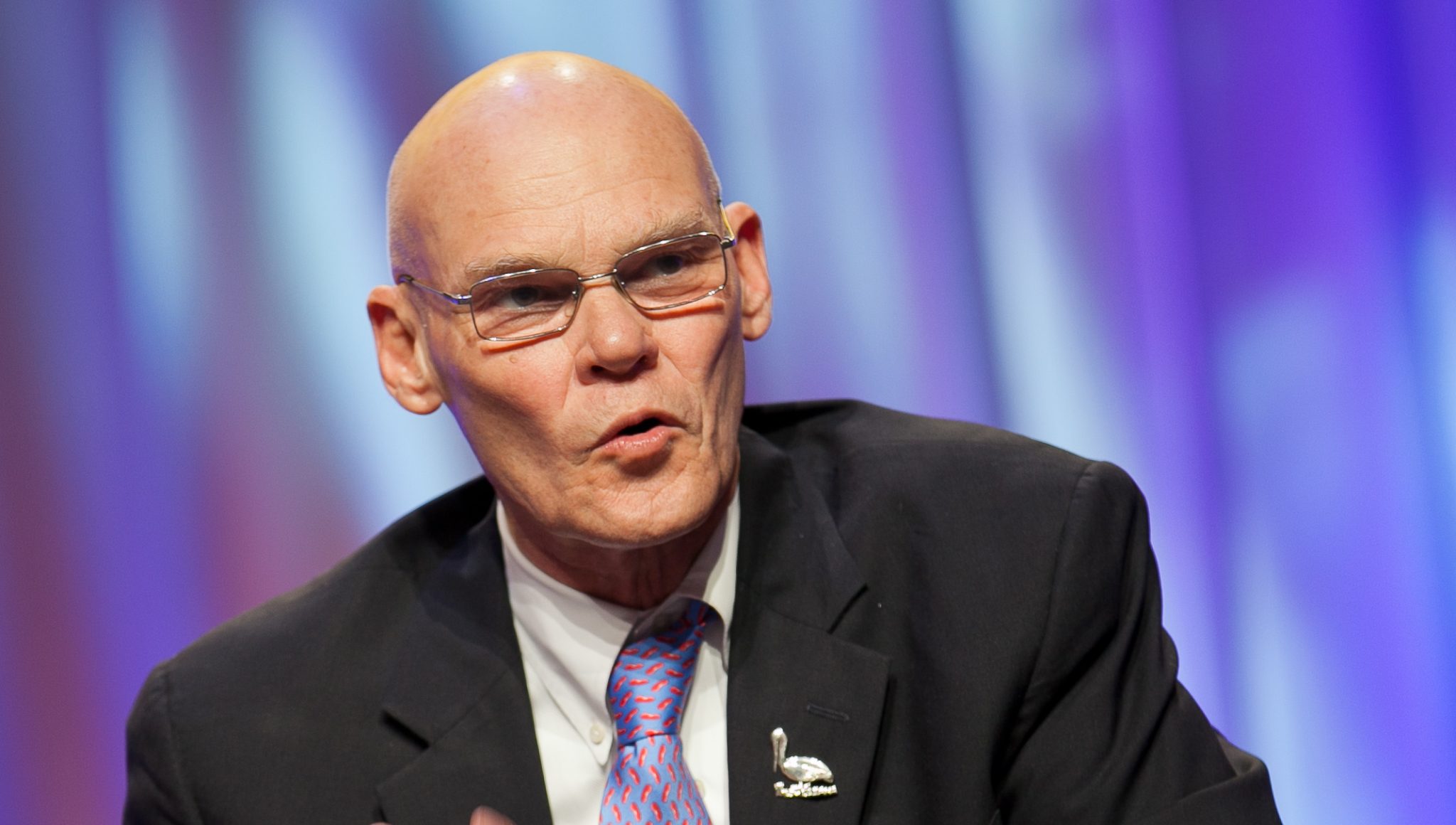 It’s the end of another week, and once again your author is a bit worn out for a detailed and dedicated column. So instead you get this grab bag.

I promise to fill it with as many goodies as I can.

1. There is no more civility in politics. Maybe there never really was.

Remember our Founding Fathers, because they understood what we’re beginning to remember.

“We mutually pledge to each other our lives, our fortunes and our sacred honor.” That’s what can be found in the final paragraph of the Declaration of Independence. The founders, as Paul Harvey so brilliantly outlined so many years ago, were wealthy and prosperous men with everything to lose by choosing to fight for freedom, and a great many of them lost exactly that in the Revolutionary War.

Those men, and the men of their generation, knew that to join the fight for liberty and to oppose the tyranny of an oppressive government was to make a sacrifice.

Their risk was greater than ours, as their challenges were greater than ours. But the principle their experience teaches remains the same. Choose to fight for freedom rather than go along and you will find the full power of your oppressor leveled against you.

Take, for example, the patriots of Southlake, Texas, whose tax dollars fund the Carroll Independent School District. It’s the top-performing district in the state, or it was until the far-left loons who have seized power over it began indoctrinating its students in critical race theory. Taxpayers in that upscale Dallas/Fort Worth suburb have chosen to fight rather than give in, but as Joy Pullmann at the Federalist notes, the “woke” are coming for them. Mailers naming the leaders of a political action committee formed to fight critical race theory in the Carroll school district schools circulated last week, accusing them individually of everything from indifference to criminal behavior.

In another example of the fight against critical race theory, the author of a Louisiana bill that would limit its teaching has been accused of promoting slavery for having simply mentioned that schools should teach the “good, bad and ugly” about historical events, and included slavery in that analysis. He quickly clarified his statement to assure the audience in the House Education Committee he wasn’t suggesting there was anything good about slavery, but it didn’t matter. Rep. Ray Garofalo, who chairs that committee and also authored the bill, now faces demands from Louisiana’s Legislative Black Caucus that he be removed from his position over a slip of the tongue, and Garofalo’s voicemail has filled with the most vitriolic hatred imaginable from the “woke” Left.

Or take Sen. Tim Scott, who’s being called “Uncle Tim” by Democrats, including having pictures circulated of dancing raccoons associated with his name, for committing the sin of offering the Republican response to that atrociously leftist Joe Biden State of the Union speech. Scott knew it was coming and even mentioned it in his response; it didn’t matter that the trolls were proving him right. He said America isn’t a racist country, which is a provably true statement when America is compared to every other nation on Earth, and the Left sought to disprove him by demonstrating their own staggering racism.

And then Kamala Harris echoed Scott’s comment about whether this is a racist country. She might be listening to James Carville (see No. 4, below).

It doesn’t matter how laughable the argument is. They aren’t trying to persuade. They’re trying to demonize and intimidate.

So if you want to take these people on, you’d better be willing to pledge your life, fortune, and sacred honor to the cause. They’ll start with the latter and work their way up.

According to Tulane University’s website, the cost of attendance for a freshman living on campus in the 2021–22 academic year is some $80,232, which includes $60,814 in tuition and fees.

And what do you get for your money?

Well, it appears that you get Hunter Biden’s expert instruction. And not on smoking crack or siphoning yuan out of the Politburo so the Big Guy can get his cut. On something else:

Hunter Biden is helping teach a class on fake news at Tulane University in New Orleans, Louisiana this fall.

The course titled ‘Media Polarization and Public Policy Impacts’ will include several guest speakers throughout its 10 weeks, including the president’s son.

The course description, according to a copy of the syllabus obtained by DailyMail.com, says: ‘America’s rapidly advancing partisan divide is fueled substantially by the growing political polarization increasingly evident in our news media.’

‘This course will explore the current state of the media landscape in the United States and how media polarization, fake news, and the economics of the news business impact public policymaking in Washington, D.C,’ it continues.

He’s only going to teach one of the 10 classes, but the others don’t get a whole lot better. Among the other guest teachers are Juan Williams, Dr. Deborah Birx, Margaret Sullivan, and New Yorker columnist Susan Glasser.

Nevertheless, the others have at least demonstrated that they have some relevant expertise with respect to news and public policy (we’re being quite generous here, for those among our readers scoffing). What does Hunter have?

Louisiana Attorney General Jeff Landry, upon hearing the news, loudly wondered whether Hunter would be bringing his own laptop to the class or if the university would provide one.

3. Hollywood is tired and busted, but you already knew that.

And that might well be an accurate assessment of the film business, whose failure to attract audiences is more and more newsworthy.

Nomadland, which did less than $7 million at the box office, is this year’s winner for Best Picture. Having never seen it, all I can tell you about Nomadland is that it apparently features its star Frances McDormand, who now has three Best Actress awards, pooping in a bucket. I can’t say whether that particular excremental act is the source of the award; I would have to wade through its 108 minutes to offer an opinion, and I don’t have those 108 minutes available.

It is at least somewhat noteworthy that the film has been censored in China because its director Chloe Zhao stated that the Chinese Communist government has “lies everywhere,” and the Chinese banned the Oscars this year. If you’re of a conspiratorial mindset you might think the hue and cry over the low Oscar viewership this year might have more to do with that than anything else, given that China increasingly controls Hollywood (as it increasingly controls academia and American politics) and imposes Chairman Xi’s values more and more on its products.

There might not be much demand left for self-congratulatory awards shows out of the film industry. But there is demand for film. With the advent of streaming services and the slow, but growing, development of new purveyors of them, it’s never been easier to bring alternative properties to the market. There will come a day when Hollywood isn’t even relevant in film and TV anymore, and that day will be well deserved.

4. James Carville is lying and telling the truth at the same time.

I did a longer piece on this subject at my site earlier this week, but there was an interview posted Tuesday at Vox wherein James Carville, the ancient Democrat spin doctor best known for imposing a fat, sweaty, turgid Bill Clinton on America, talked about how terrible “wokeness” is.

But the way Carville did it was telling, because it belied his typical bad faith.

“Wokeness is a problem and everyone knows it,” Carville said. But in almost the same breath he said Joe Biden is a huge success because “he’s not into ‘faculty lounge’ politics.”

I noticed this because last weekend after the boring leftist Troy Carter beat the insane Maxine Waters clone Karen Carter Peterson to become the congressman from Carville’s district (or at least what used to be his district; I lost track of where he lives now and that fact doesn’t bother me), Carville went babbling to the local newspaper about how Louisiana’s Second District rejected wokeness in that race.

He’s lying and he’s telling the truth, but there’s a lot of snake oil being peddled here.

Anybody who’s familiar with Troy Carter knows there isn’t a whit of difference between his coming voting record in Congress and what Peterson’s would have been. They’re both in the Louisiana Senate, and they vote almost identically. Carter’s campaign was a nonstop woke-fest; he did everything he could to assure the mostly black voters of LA-02 that he’s just as woke as she is. His pitch was that he’d actually make policy out of his woke leanings while she couldn’t.

Similarly, Carville might be able to claim Joe Biden isn’t woke thanks to Biden’s history of blatant racism and boorish, inappropriate remarks and creepy actions, but if you’re alive and sensate in 2021 America to experience the first 100 days of the Biden administration you know that this is a more functionally woke presidency than Barack Obama ever had (I’d say “than he ever dreamed,” but that would be wrong given the mounting sense among many that Obama is actually controlling the Biden administration remotely).

The upshot is that Carville acknowledges most people hate wokeness and want it to go away. But he’s not suggesting it go away. Instead, he’s suggesting a rebrand of wokeness to make the awful substance of it more palatable with a slightly different style.

Never take him at face value, because there is always evil lurking behind his tongue.

5. Don’t think we’re governed by China? Then explain this.

I’m not sure what there is to say on this one:

The Epoch Times’ credentials were revoked by the House of Representatives press gallery, though Philipp said that they are yet to receive anything in writing pointing to specifically why this happened.

Chinese state-run media outlets including Xinhua and People’s Daily, both associated with the Chinese Communist Party and its propaganda, still have their credentials and are allowed to cover Congress.

Stephen Green (“Vodkapundit”) at PJ Media says this best, spotting Nancy Pelosi the leftist assumption that the Epoch Times is a right-wing rag: “If a right-leaning propaganda outfit is unfit to be in your presence, then what makes two Chinese Communist Party mouthpieces fit? To ask the question is to answer it.”

Scott McKay
Follow Their Stories:
View More
Scott McKay is a contributing editor at The American Spectator  and publisher of the Hayride, which offers news and commentary on Louisiana and national politics, and RVIVR.com, a national political news aggregation and opinion site. Additionally, he's the author of the new book The Revivalist Manifesto: How Patriots Can Win The Next American Era, available at Amazon.com. He’s also a writer of fiction — check out his three Tales of Ardenia novels Animus, Perdition and Retribution at Amazon. Scott's other project is The Speakeasy, a free-speech social and news app with benefits - check it out here.
Most Popular
1
Special Report
What in the Hell Is the Penn Biden Center?
by Paul Kengor