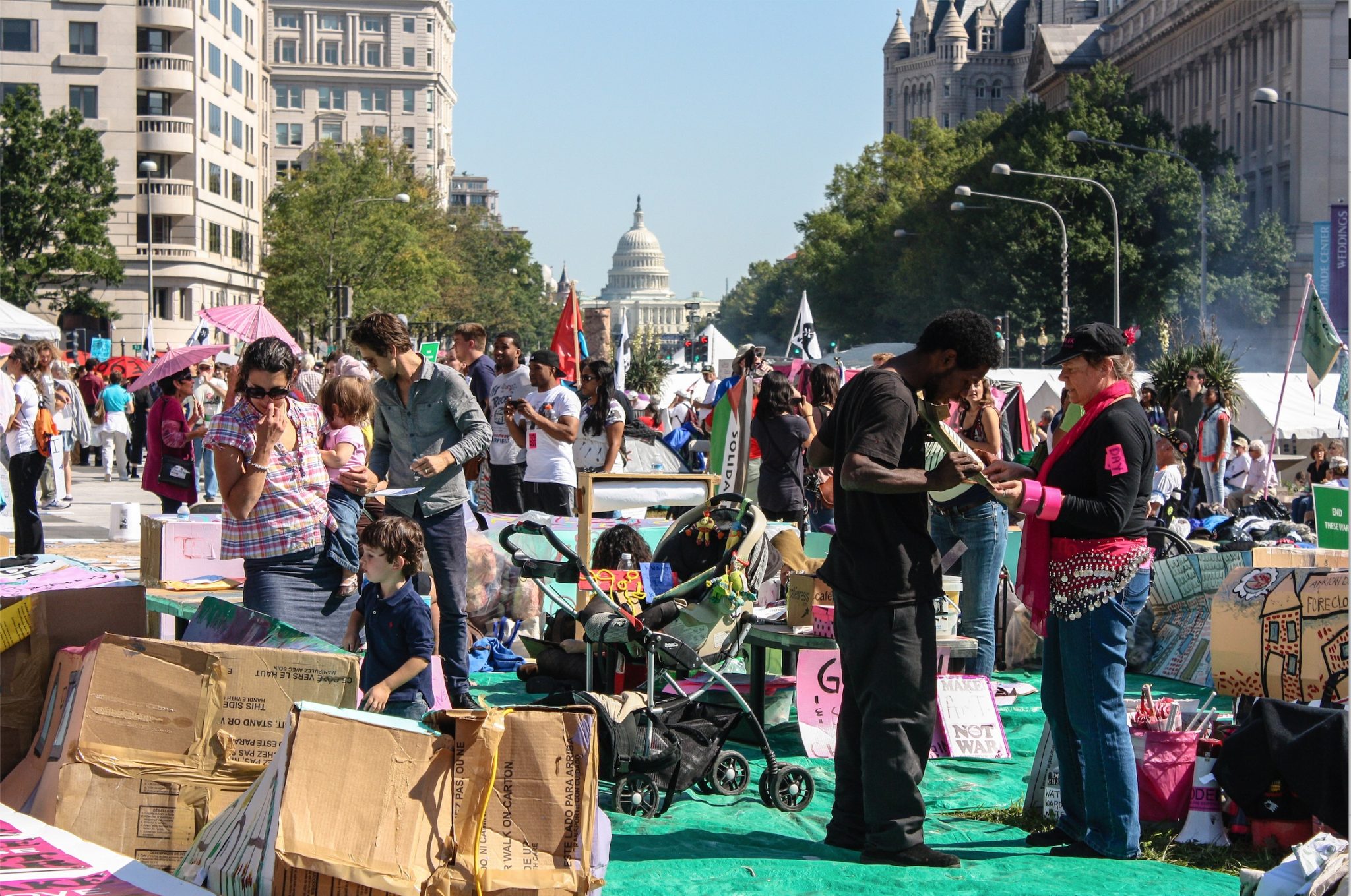 The forces of militant ignorance are in motion again. They are marching with Crazy Bernie Sanders and his spendthrift wife. They are marching with Congressgirl Alexandria Ocasio-Cortez, the former bartendress. They are rousing the drowsy forces of the Occupy Wall Street movement and the drowsy forces of the Occupy Washington movement, who have been recumbent for the past decade. You remember them. They were the utopian socialists and parasites who provided so much hope to the left-wing Democrats back in 2011 and 2012. They slept in parks. They hassled pedestrians. They, occasionally, relieved themselves on parked automobiles.

I called them then, and I call them now, the moron vote. They believed that health care should be free. They were for free education, especially if, while experiencing the thrill of free education, they did not have to read a book or get out of bed before noon. They were for a guaranteed annual income. I suppose former candidate Elizabeth Warren can supply the rest of the things that they were for, which ought to be free. She had a long list of them before she dropped out of the race.

Crazy Bernie also can supply the rest of the things that the moron vote believes should be free. After he recites his list, he often growls to his audience of morons something about “the movement” that he is creating. He calls it socialism and adds that “it has never been tried in America.” But, he growls, it will be.

I only have one question. How are you going to change the whole economic system from capitalism (which works, though it is disparaged) to socialism (which never works, though it is admired) in the midst of President Donald Trump’s economic miracle? The promise of socialism is only thinly plausible when times are tough. In America today — when times are very good — the case for socialism is hopeless. My agents tell me that even some of the deadbeats from the Occupy days a few years back are earning handsome incomes now.

Actually, when I hear Crazy Bernie sermonize about how what he is trying to do with socialism has never been tried before in America I begin to believe that even he, the leader of the moron vote, is only semi-literate. Or maybe he too is a moron. Is he not familiar with the likes of New Harmony, Indiana? It was an Indiana community on the banks of the Wabash River that the Welsh textile magnate Robert Owen tried to turn into a utopian socialist paradise in 1825. Like other dreamers of the day, he failed, and after two years he returned to London a lot poorer but no wiser. Bernie, socialism has been tried before, again and again. It always goes belly up.

Amazingly, its promoters are often people of wealth who somehow forgot how difficult it was to accumulate wealth in the free market, or perhaps they made their fortunes the old-fashioned way: they inherited it. Another wealthy man who promoted socialism was J. A. Wayland, who in 1902 wrote of socialism that “It’s coming like a prairie fire and nothing can stop it.” He published a newspaper called Appeal to Reason to disseminate his learned findings. Last week Daniel J. Flynn, writing in The American Spectator, noted that Wayland’s newspaper was “the most successful publication in the history of the American Left.” But we are still waiting for that prairie fire. Perhaps Bernie, another millionaire who made his millions while supping at the public trough, will be more successful than this millionaire socialist, but I am doubtful.

Let us face the fact, Bernie. The case for socialism is bleaker now than it was even back in Wayland’s day or in Owen’s day. The reason is that by now it has been tried all over the world, and it is a bust. A humanitarian bust, and an economic bust — in every respect it is the God that failed. Before the Soviet Union fell, the Soviets had turned every country that they controlled into a prison and every economy that they controlled into a poverty zone. Africa and South America were only marginally better off.

Where today is the economic model for viable socialism? Is Bernie summoning up Venezuela? How about Cuba? Actually he is pointing to Cuba. The young people of Cuba have shiny white teeth and they can read, he claims. Well, let them read Armando Valladares’ Against All Hope, a book about the author’s existence for decades in a Castro prison for having done nothing wrong. There are dozens of books like this written by brave Cuban freedom fighters. Many are still wasting away in Cuban dungeons.

When I turn to thinking about life in a Cuban hellhole today, I am reminded that Bernie Sanders’ socialism is no joke.