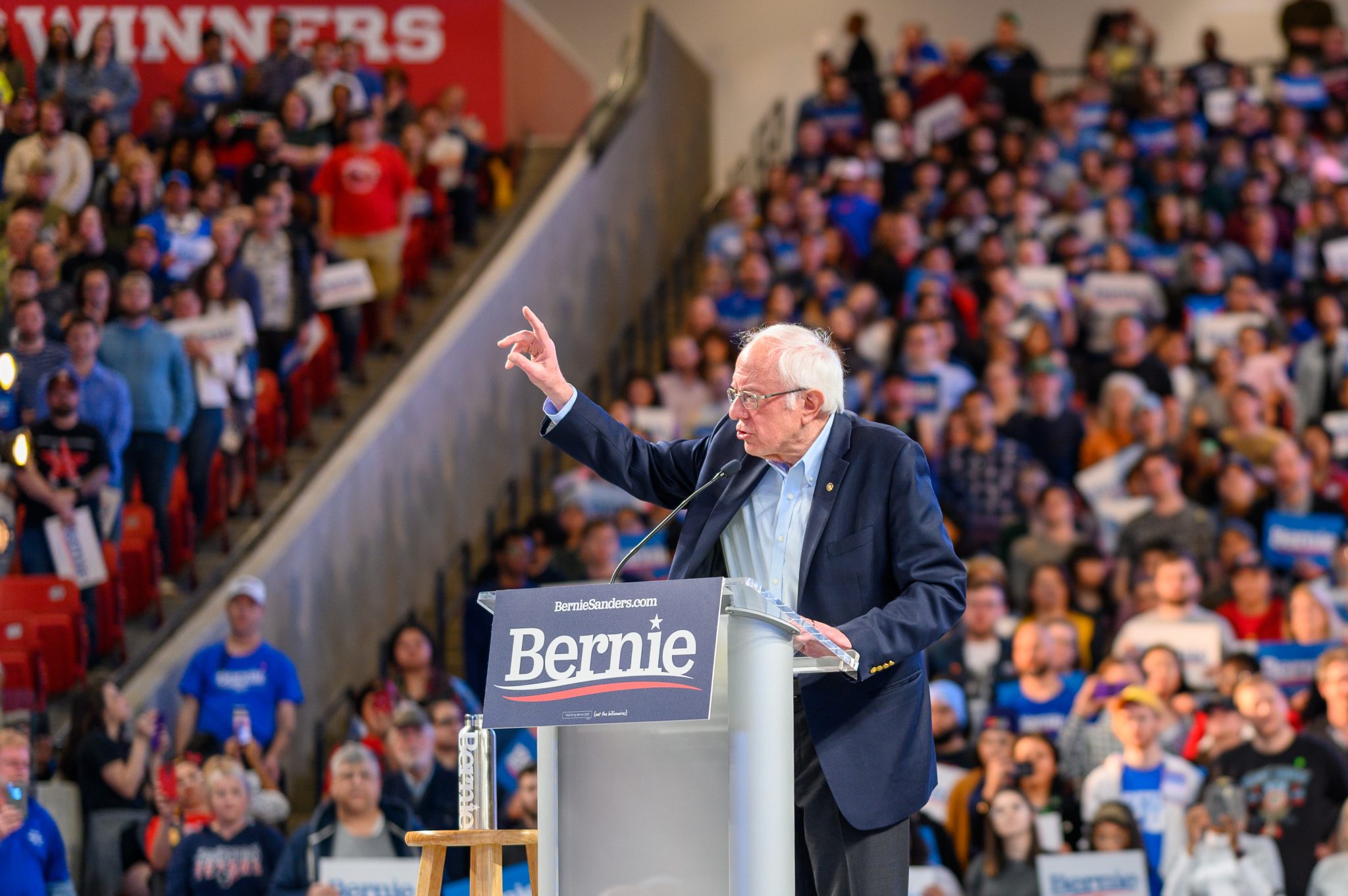 “Socialism is coming,” J. A. Wayland promised in 1902. “It’s coming like a prairie fire and nothing can stop it!”

No man did more than Wayland, a millionaire socialist–entrepreneur, to fulfill this unrealized prophecy. In the decade leading up to the 1912 election, he published Appeal to Reason, the most successful publication in the history of the American Left, sponsored speaking tours of Bernie Sanders’ idol, Eugene Debs, and replaced the Left’s guttural foreign accent with a rural American twang from the peculiar epicenter of American socialism: Girard, Kansas, population 2,473. Wayland used capitalist ends to promote a star-spangled socialism in a publication subsidized by snake-oil, cure-all advertisements and subscribed to by Americans prone to fall for such panaceas, whether prescribed from the back of a buckboard wagon or atop a soapbox.

Debs, in establishing a high-water mark for socialism in the United States, garnered 6 percent of the vote in 1912. The prairie fire that Wayland prophesied never arrived. Still, nothing could stop other would-be prophets from issuing the same prediction.

Bernie Sanders, who once produced a documentary on Debs, surely knows this history and similarly benefited from the unshakable belief in the imminence of socialism, the point on the timeline toward which progressives progress. He also knows that this faith in the future inevitably crashes into the harsh lessons of history, which explains why the hypothetical tomorrow and not the concrete yesterday serves as the alpha-and-omega reference point for socialists.

The experience of becoming, and in some ways eclipsing, his idol must strike Sanders as strange. Whereas Hoosier Eugene Debs worked on the railroads and as a fireman, Brooklyn-born Bernie Sanders, according to Politico, “didn’t collect his first steady paycheck until he was an elected official pushing 40 years old” and well into adulthood expropriated a neighbor’s electricity via the use of revolutionary extension cords when the energy barons shut off his power for nonpayment. In other words, the former matched the iron-jawed archetype socialists desire in a leader; the latter looked more like the mad-scientist stereotype critics of socialism imagine in a share-the-wealth champion.

Yet Sanders, unlike Debs, invaded the mainstream. He ran, however briefly, as the front-runner for the nomination of a major American party, inspired a new breed of politician, to include Alexandria Ocasio-Cortez, and turned “socialism” from a dirty word to something 43 percent of Americans described to Gallup pollsters last year as a “good thing” for the United States.

The apex of American socialism occurred not in the age of Eugene Victor Debs and Julius Augustus Wayland but during the times of Bernard “No Middle Name Needed” Sanders. This serves as no consolation to Sanders voters. The uninitiated may marvel at how a cranky, aging outsider from a tiny state could almost take over a major political party that he never bothered to join. Bernie Bros, with enthusiasm akin to Debs Bro Wayland, regard Sanders as the instrument fulfilling an inevitability. In the wake of Super Tuesday, this inevitability appears quite evitable.

The chances of Bernie becoming president, after an unprecedented momentum shift that witnessed his main rival, Joe Biden, unexpectedly win 10 of 14 states on Super Tuesday, seem unlikely. The RealClearPolitics aggregation of betting odds, for instance, pegs his chances at about 15 percent. As hard as this reality hits the Bernie Bros, the reasons for it seem even more difficult for them to accept.

Bernie did not lose as a result of an establishment cabal’s dirty tricks. He lost because of a people’s revolt against socialism.

The same factors that dashed Wayland’s hopes 108 years ago suppress Sanders’ vote today. As Werner Sombart, a German economist whose enthusiasms gravitated the short distance from academic Marxism to Soviet Socialism to National Socialism, observed of the United States in his 1906 book Why Is There No Socialism in the United States?, “All socialist utopias come to nothing on roast beef and apple pie.” What was true then remains true today.

One could see the people’s revolt taking place on live television. The September debate in Houston proved pivotal. “I trust the American people to make the right choice for them,” Pete Buttigieg informed Sanders regarding Medicare for All. “Why don’t you?” And Joe Biden observed, “Nobody’s yet said how much it’s going to cost the taxpayer.” He countered Sanders’ promise to eliminate deductibles by saying, “There will be a deductible — in your paycheck.” Amy Klobuchar said of Medicare for All, “I don’t think that’s a bold idea. I think that’s a bad idea.”

This contrasted with the early debates, in which initially so many of the non-Bernies tried to out-Bernie the genuine article. This flattery experienced by all kingpins preceded another one just as universally felt: the breeze that signals the emperor has no clothes. Kirsten Gillibrand, a cosponsor of Sanders’ Medicare for All bill, did not register in the polls; Kamala Harris, another sponsor, wavered in her support; Cory Booker, still another sponsor, began describing himself as a “pragmatist” on the issue; Elizabeth Warren, a cosponsor too, saw her once strong support freefall and eventually backpedaled into a hybrid stance of incrementally instituting single-payer health care.

What gave moderates the courage and made the left wing cowards?

Public opinion flipped on Sanders’ signature issue. In August 2017, Medicare for All showed a 51 to 38 percent good idea/bad idea split. By late November, a mere 36 percent of respondents to a Quinnipiac poll described it as a good idea and 52 percent labeled it a bad idea. And on so much else — kind words for Castro and voting privileges for the Boston Marathon bomber, government expropriation of much of the energy industry, free childcare, tuition, and much else forcing higher taxes — Democratic voters saw in the plans of Vermont’s junior senator not a roadmap to victory but a formula to reelect President Trump. More importantly, they ultimately regarded socialist ideas as bad ideas.

Sanders, an intractable ideologue, stood his ground. That consistency, courage of convictions, and authenticity that drew admirers proved his undoing. Like the rigid ideology he advocates, Sanders lacked the ability to adjust. The candidate calling for the most drastic change remained mired in the same spot he had occupied since the 1960s. And like the disappointment that follows the promise of socialism, the candidate for socialism overpromised but underdelivered on Super Tuesday.

Prior to the 1912 election, an Appeal to Reason headline buoyantly informed readers: “Indications Are That Truly This Is Our Year.” Eugene Debs, by winning 6 percent of the vote, beat everyone’s expectations save for the wild ones harbored by the people who read, and edited, Appeal to Reason. The editor, who blamed the capitalism that surrounded for the failure of a socialistic commune that he had launched in Tennessee years earlier, found scapegoats not as easy to come by in the electorate’s rejection of socialism. Five nights after the election, J. A. Wayland made a tired climb up the stairs to his second-floor bedroom, wrapped a bedsheet around a gun, and ended his own life. “The struggle under the competitive system is not worth the effort,” he explained in a suicide note. “Let it pass.”

Those who followed Wayland’s counsel in Appeal to Reason rejected the advice in his suicide note. Equality, a brotherhood of man, needs fulfilled without duties demanded, and other beautiful ideas promised by socialism seduce so many to chase a dream that stands little chance of becoming a reality — and when it does, that dream so often reveals itself as a nightmare.