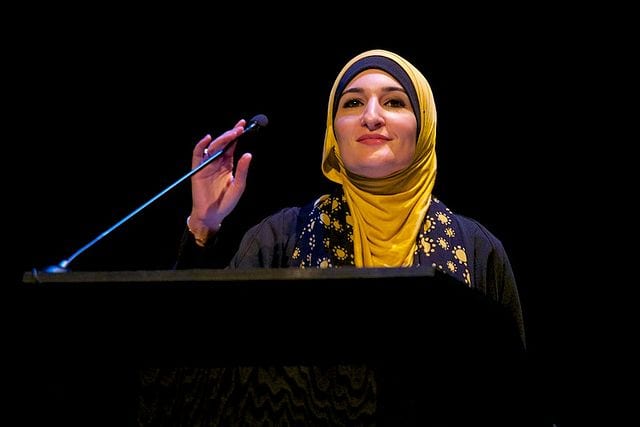 To the surprise of moderate Muslims and counter-extremism activists across the United States, Houston mayor Sylvester Turner recently proclaimed December 9 as “CAIR-Texas, Houston Day.” He glowingly described the Council on American Islamic Relations (CAIR) as a grassroots civil rights organization, “seeking to advocate for justice and mutual understanding.”

The idea that CAIR works for “justice and mutual understanding” is laughable. CAIR is an exponent of political Islamism, and is rigidly intolerant even of moderate Muslims who challenge their extremism, with some regional directors slurring them as “Uncle Toms” and even calling Somali Muslim activists “anti-Muslim” for opposing the terror group Al-Shabaab.

This is to say nothing about CAIR’s open endorsement of the anti-Israel BDS movement, or frequent indulgences in anti-Semitism. A jarring example is Zainab Arain, ironically the author of CAIR’s “2018 Civil Rights Report. She accuses Israel of funding the Taliban and stealing the organs of Palestinians, often citing articles written by white-nationalist extremists. Even more grotesque is when CAIR-Florida communications director Wilfredo Ruiz claimed that Jews “throw dead dogs and monkeys” on Muhammad’s grave.

“CAIR-Houston Day” marked CAIR-Houston’s 17th annual banquet. The banquet featured political luminaries such as U.S. Rep.Sheila Jackson Lee of Texas (who also issued her own “Certificate of Congressional Recognition” marking the event). But the headline speakers for the banquet were highly objectionable: Islamist activist Linda Sarsour and CAIR-Florida executive director Hassan Shibly. Sarsour viciously attacks counter-Islamist activists to the extent of wishing she could “take their vaginas away,” labels her opponents “Zionist trolls” and wrote “Nothing is creepier than Zionism,” and was called a racist even by other Progressive activists; and a new investigative report has revealed that her supposed role as cofounder of the Women’s March was highly exaggerated, and she participated in the airbrushing of the true founders to serve her own prodigious ambition and her Islamist agenda.

Shibly, meanwhile, last year openly endorsed a radical transnational network that calls for the murder of Ahmadiyya Muslims, who are seen by many Islamists as heretics. Earlier, Shibly called on Muslims traveling from Arab countries to refuse to cooperate with U.S. Customs and Border Protection agents, and attacked homosexuality as “a quick way to earn God’s wrath.” (Nor is this a one-off, as this month Shibly retweeted a post from Shadee Elmasry, who is uncompromisingly hostile to LGBT people even as political allies; and last month Shibly retweeted Suhaib Webb, who has elsewhere stated that homosexuals are “cursed.”)

Mayor Turner’s office was asked for comment on the radical speakers appearing at the banquet. He responded with a terse, “I have been and continue to be a strong supporter of Israel.” Fair enough, but that misses the point. Our concerns with CAIR are more about its activity in the Mayor’s own city of Houston and the rest of the United States, not its activism against Israel.

Sylvester Turner is no doubt trying to reach out to the Muslim community of Houston, which is the largest in Texas. But Mayor Turner, who was recognized with an “A+” rating on LGBT issues by Equality Texas, ought to be more careful who he decides to endorse. By showering such accolades on CAIR, Turner is harming the efforts of true moderates and strengthening CAIR’s oft-repeated claim to speak for all American Muslims — even though many Muslims do not accept its radicalism.