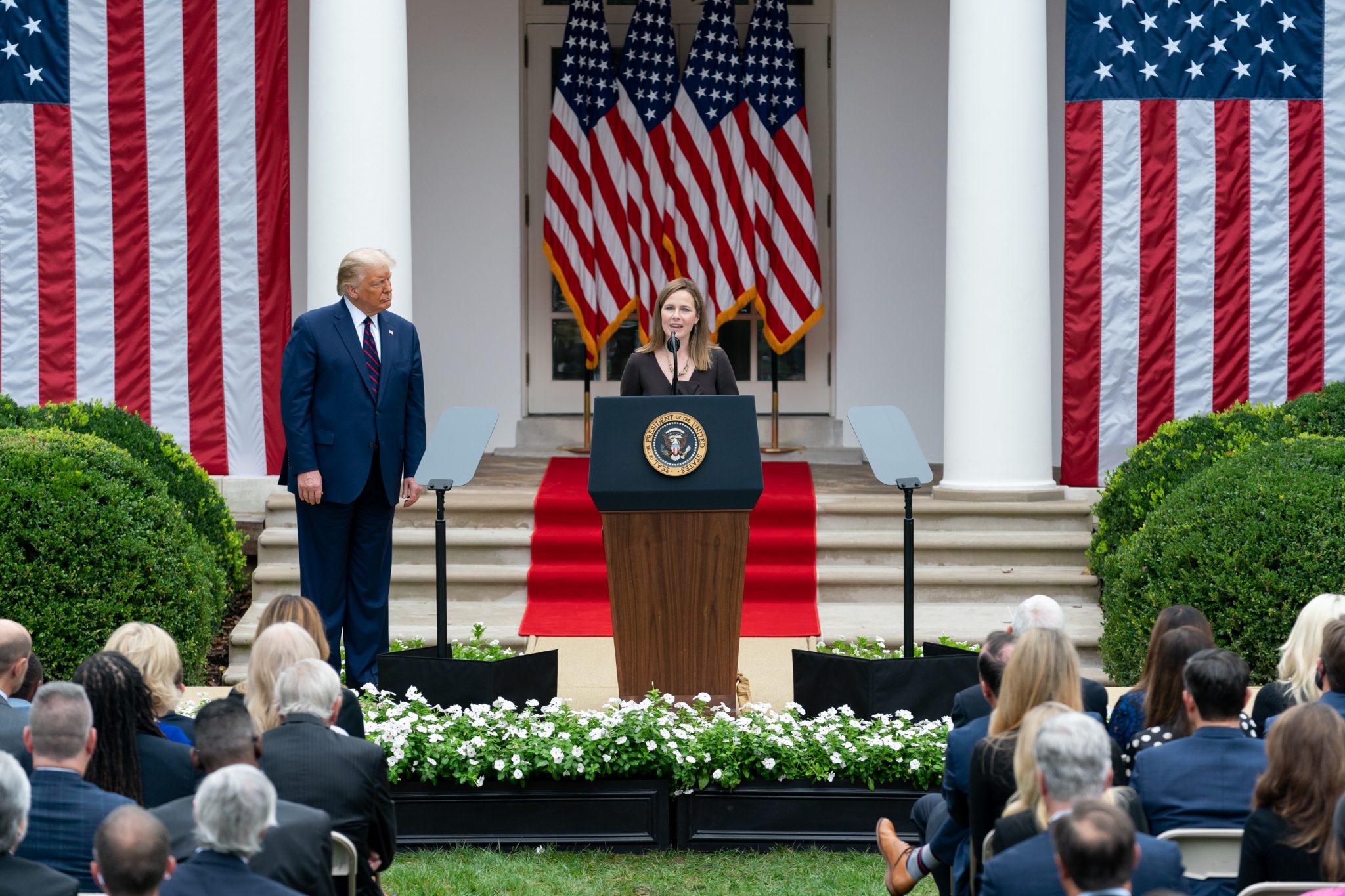 Who is Amy Coney Barrett? According to our discussion so far of her SCOTUS nomination, we may need to ask which one. For there seems to be two in our public discourse: the cultural symbol — the “Notorious ACB,” and the jurist — Judge Barrett.

We saw a similar phenomenon in the confirmation of now Justice Brett Kavanaugh. At first, the two Kavanaughs split along partisan lines. The Left saw a symbol, one of privilege both male and white. The Right saw a judge articulating a judicial approach to interpreting and applying the law.

After the accusations leveled by Christine Blasey Ford, Kavanaugh the symbol came full circle. The Left saw it as concrete proof that sexism and misogyny dominated the halls of power. To the Right, he represented the evils of unsubstantiated accusation as well as the ruthless lengths the Left would go to destroy its opponents.

The tale of two Kavanaughs now finds a parallel in Judge Barrett’s nomination. We also have Amy Coney Barrett the cultural symbol. The Left sees her as aiding and abetting the culture that confirmed Kavanaugh. She privately lives The Handmaid’s Tale and publicly wishes to make you do so, too. She symbolizes a slouching toward subservience that would unmake all Ruth Bader Ginsburg did and was, from gender equality to racial equality to marriage equality and more.

To the Right, Barrett quickly has become the female conservative icon. She exemplifies a view of gender where women can invest in family while excelling in career. Her Roman Catholic beliefs communicate that a friend to religious faith will sit on the nation’s highest bench. And many see her as the missing piece in the long-standing effort to overturn Roe v. Wade — the woman justice whose vote, and likely majority opinion, exemplifies the pro-life movement’s cross-gender appeal.

Contrast Barrett the symbol with Barrett the jurist; which is, for the record, how Judge Barrett describes herself as a SCOTUS nominee, as did Kavanaugh. She claims the mantle of Antonin Scalia, for whom she clerked, saying, “His judicial philosophy is mine too.” This approach she has elsewhere described both as textualism and originalism. Textualism strives to interpret and apply the laws by close examination of the words and phrases that comprise them. Originalism seeks to adhere to the public meaning of laws at the time of their enactment. The two overlap a good deal for jurists like Barrett, who find the original public meaning helpful in discerning the text and the text as the first place to find original meaning.

Therefore, interestingly, Barrett does not claim the cultural mantle. She does not propose to act as left-wing devil or right-wing hero. Instead, she claims she will “apply the law as written.” Why? Because “Judges are not policymakers, and they must be resolute in setting aside any policy views they might hold.”

Barrett’s self-understanding does not mean her potential appointment will lack cultural impact. Her biography matters to women (and men) considering how women can and should live their lives. She may well, too, cast the crucial votes, and write the binding opinions, overturning Roe, cementing religious liberty, and more.

But if Barrett does fulfill her promise, good or bad, she will do so on her own terms. She will do so because that is what she understands the law, and thus her job, to demand. That may lead to rage on the left. It may even result in disappointment on the right. It should not. Instead, it only should heighten our respect. We then will respect the Barrett that matters most: a justice fit for her office, a jurist commendable in protecting and defending the rule of law.