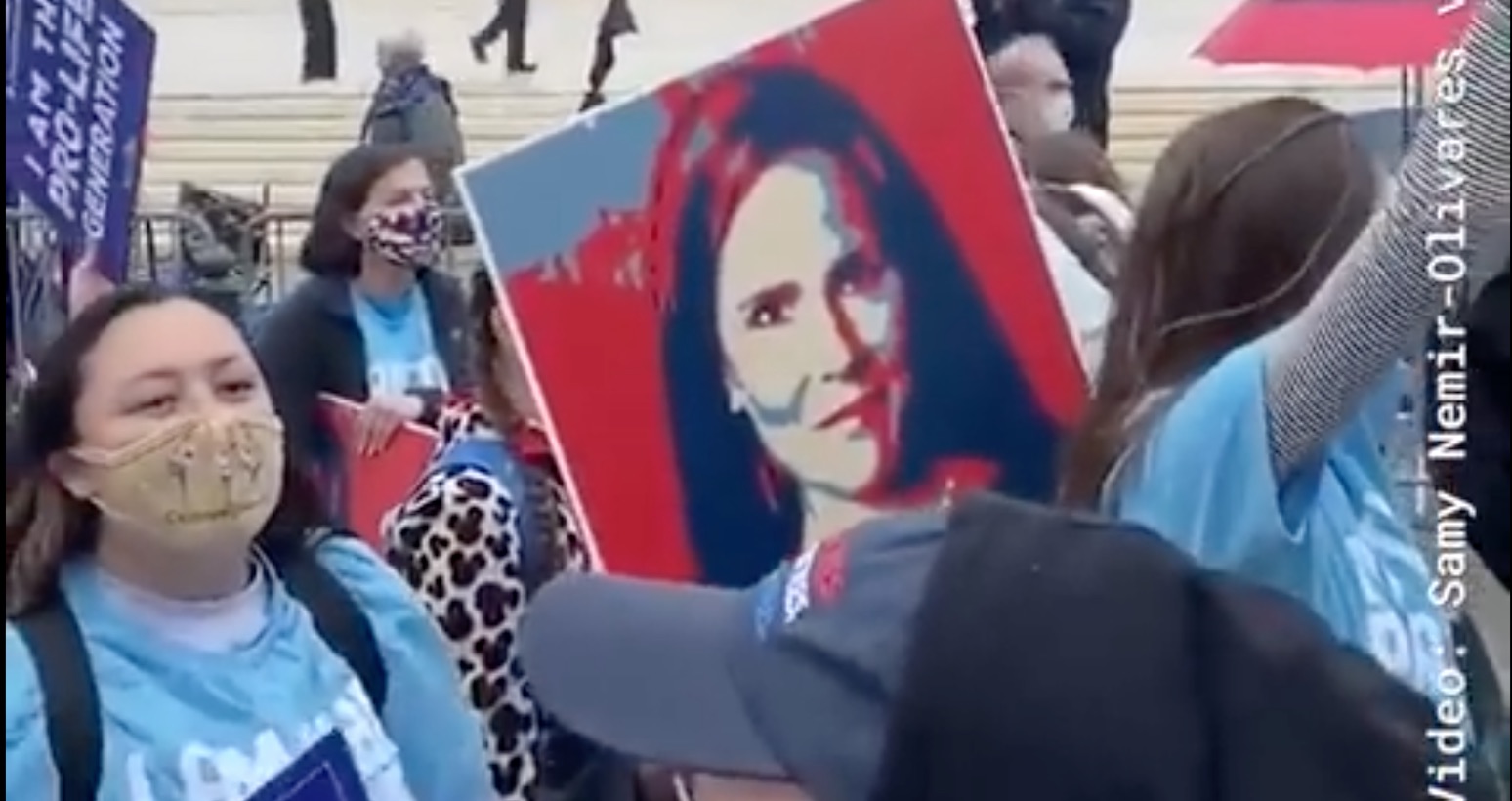 Recall the NAACP? That would be the National Association for the Advancement of Colored People?

Once upon a time it was the premier civil rights organization of the day. And when the first black Supreme Court Justice — Thurgood Marshall — retired? The NAACP wanted a black judge to replace him.

The Los Angeles Times headlined the story this way:

The board of directors of the National Assn. for the Advancement of Colored People — the nation’s oldest and most influential civil rights organization — took the position in a 49-1 vote, even though it meant opposing one of the two blacks ever nominated to the nation’s high court.

“We have concluded that Judge Thomas’ confirmation would be inimical to the best interests of African-Americans,” NAACP Chairman William F. Gibson said at a news conference. “Judge Thomas’ inconsistent views on civil rights policy make him an unpredictable element on an increasingly radically conservative court.”

Say what? The NAACP was suddenly saying they opposed a black jurist for the Court because they found his stance on civil rights policy “unpredictable”? What was this?

Judge Thomas knew exactly what was going on. Now-Justice Thomas discussed the situation in a recent documentary, Created Equal: Clarence Thomas in His Own Words.

He said his opponents believed that “You’re not really black because you’re not doing what we expect black people to do,” adding,

We know exactly what’s going on here. This is the wrong black guy. He has to be destroyed.

Justice Thomas was exactly right. The hard fact is that the Left — and by 1991, when Thomas was nominated, the NAACP was long gone from advancing civil rights and had become a reflexively far-left interest group — views black Americans as their political property.

Former Vice President Joe Biden blurted out this reality not long ago when he told a black talk-show host that “if you’re for Trump you ain’t black.”

But as Judge Amy Coney Barrett is finding out this week, the idea of blacks as political property on the liberal plantation isn’t limited to blacks — it also includes women. (And, for that matter, Hispanics and gays.)

As with the confirmation battle over Justice Thomas, Barrett’s real sin is that she is a very smart, extremely well-qualified woman — who is a conservative. Which effectively makes her, in the eyes of the Left, a traitor to her gender. Just as Justice Thomas was seen as a traitor to his race.

To add insult to injury, Barrett is a devout Catholic and the mother of seven, with two of her children adopted — and black. Joe Biden, reply Barrett’s critics, is a Catholic too. Yes, but he is a Catholic who long ago changed his position and supported abortion. Barrett is on the record as having criticized Roe v. Wade — and that is, for the Left, the ultimate political sin.

What is it that makes the Left and its Democratic Party insist that to be black or a woman has to mean liberal as well? The answer is simple. This is how progressives get political power. Racism and genderism — both identity politics — are the political fuel of the Left. And if you are either black and a woman and, God forbid, have departed the liberal plantation, the Left is coming for you if you are nominated or elected to any serious position of power in American government.

Time after time some version of this has played out, well beyond the treatment of Justice Thomas or what Judge Barrett is currently experiencing. The party that celebrated the late Justice Ruth Bader Ginsburg for her leadership on women’s issues simply could not abide the late conservative leader Phyllis Schlafly. They celebrate former President Barack Obama — but cannot stand conservative Republican South Carolina Sen. Tim Scott, with Democrat Sen. Dick Durbin assailing Sen. Scott as a “token.”

Back during the Bush administration, the nomination of the superbly qualified Miguel Estrada for the D.C. Court of appeals was filibustered by Democrats. In 2013, the Washington Examiner’s Timothy P. Carney recalled why:

I prefer to start the story with the time Democrats filibustered a qualified nominee for the crime of being Hispanic.

Go back to February 2003, the first weeks of a new Republican majority in the Senate, when Democrats were blocking a vote on D.C. court nominee Miguel Estrada. Liberal writer Dahlia Lithwick at Slate covered the upheaval around the filibuster and chastised Republicans for “the grotesque claim that Estrada is being blocked because he is Hispanic.”

But of course, that was why Democrats were filibustering Estrada. In November 2001, as Democrats debated whether to undertake an unprecedented filibuster of President George W. Bush’s judicial nominees, liberal groups met with Senate Democrats.

We know about this meeting because Republican Judiciary Committee staffers improperly gained access to the Democrats’ server and downloaded Dems’ emails and documents. In one purloined email, an aide to Dick Durbin told his boss that liberal activists in the meeting “identified Miguel Estrada (D.C. Circuit) as especially dangerous, because he has a minimal paper trail, he is Latino, and the White House seems to be grooming him for a Supreme Court appointment.”

Estrada, you see, as with Justice Thomas and Judge Barrett, was a traitor to his group — Hispanics in that case. And a Latino judge who is conservative is “dangerous” — dangerous to the idea that to be in this group you have to be liberal.

In today’s world this practice has been extended to the gay community. This is why Democrats have been so fiercely opposed to Trump’s Ambassador to Germany Richard Grenell when he was appointed as the acting Director of National Intelligence. Stories abound of gay Trump supporters being turned on because of their beliefs. As here with one Chris Mulvihill from Chicago. Mulvihill says,

After I voted for Trump in 2016 and came out as one of his supporters I lost 90% of my friends, they found it unforgivable. My support for Trump eroded friendships, a lot of people have an unhinged hatred for him and they can’t accept my views.

Not to be forgotten either is the boogeyman status assigned to another group — white males nominated to the Supreme Court by Republican presidents. If you are one of those, the presumption is that you are the typical racist/sexist/homophobic crazy and must be destroyed. See, Kavanaugh, Justice Brett.

This idea of insisting entire groups of Americans must be on the left took root in the American political system from the moment the Democratic Party was birthed in the early 1800s as the party of white slave owners. In that case it took the form of being a white Southerner. If you were a white guy — and later white woman when they got the right to vote — then you had to be a Democrat. Your race demanded it. Now that principle has been expanded to blacks, women, Hispanics, and gays.

So as the nation watches the confirmation hearings of Judge Barrett, there is, thanks to the abominable treatment of Justice Thomas, a serious understanding of just why Barrett will be so vociferously opposed.

She is (Sin No. 1) a woman. A woman who is both (Sin No. 2) a conservative and (Horrors! Sin No. 3) a conservative Catholic. And for those three “sins” Democrats will do everything in their power to “Thomas-ize” her. Which is to say, just as Justice Thomas quite correctly said of himself, the goal will be to try and destroy her.