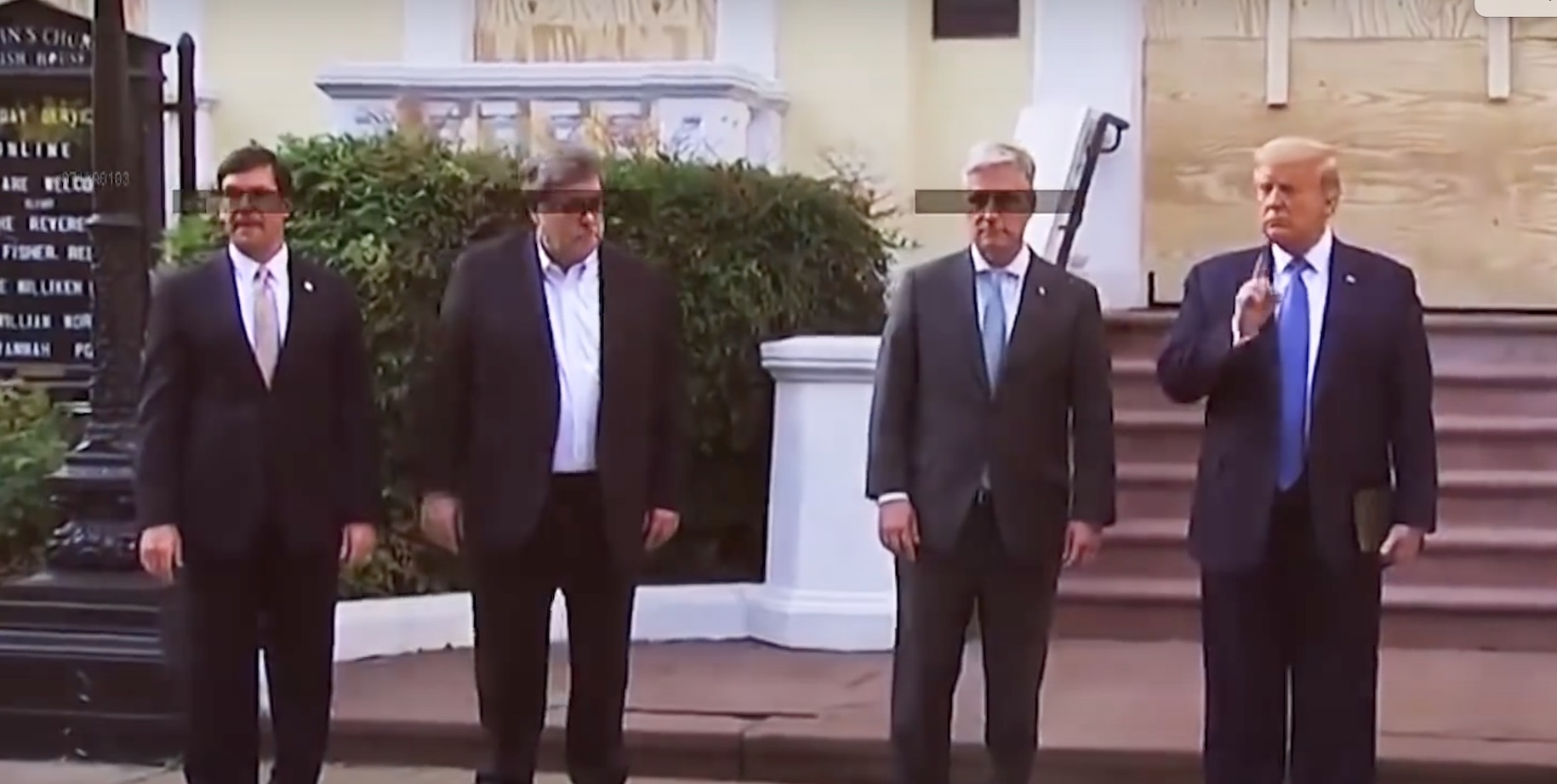 As the world knows, Barrett is in the judicial philosophy mode of the justice for whom she once clerked — Reagan appointee Antonin Scalia. And oh yes, like Justice Scalia, she is a Catholic.

And the response from the “Republicans” who run the anti-Trump Lincoln Project and who have endorsed Joe Biden? This:

AMERICA’S CHOICE COULD NOT BE MORE CLEAR

Datelined Friday, September 25, when one news story after another correctly said Barrett would be the nominee, the Lincoln Project said:

In anticipation of President Trump’s announcement of his Supreme Court nomination this weekend, today The Lincoln Project released an ad featuring the hypocritical Republican Senators who have vowed to push Trump’s nomination through the Senate before the next president can be sworn in.

“The choice for Americans in this election could not be more clear,” said Reed Galen, co-founder of The Lincoln Project. “In their blind support of Donald Trump and his reelection, these Senators are no longer hiding that their loyalty is to the Republican party, not the American people.”

The 60-second ad “The Choice” condemns Republican Senators for tearing the country apart in their unending quest for power and position. It admonishes their unchecked power in their attempt to remake America in Trump’s image.

Got that? Nominating conservative constitutionalist Amy Coney Barrett is the GOP Senate’s “attempt to remake America in Trump’s image.”

As I’ve noted before in this space back there in December 2019, the Lincoln Project is nothing more than a collection of RINO/Me Too Republicans. They made plain their beliefs in this op-ed in the New York Times. Said George T. Conway III, Steve Schmidt, John Weaver, and Rick Wilson in their headline:

We Are Republicans, and We Want Trump Defeated

The president and his enablers have replaced conservatism with an empty faith led by a bogus prophet.

Among other things this jewel of anti-conservatism said this:

As Americans, we must stem the damage he and his followers are doing to the rule of law, the Constitution and the American character.

So in the world of the Lincoln Project, the appointment of Amy Coney Barrett is damaging “to the rule of law, the Constitution and the American character.”

To his credit, Conway, who has stepped back from the Lincoln Project, has stepped up to support Barrett. As has his wife, former Trump aide Kellyanne Conway. Here is the headline from Mediaite:

But the rest of the Lincoln Project? Nope, it’s full speed ahead to defeat Barrett and make sure it’s Joe Biden’s chance to put yet another liberal on the Court.

Silence too from Never Trumper Bill Kristol. Yes indeed, over there at Republican Voters Against Trump, founded by Bill and staffed by Never Trumper anti-conservatives Sarah Longwell, Tim Miller (an ex-Jeb Bush aide), and onetime McCain and Romney consultant Mike Murphy, the silence about the nomination of a brilliant Scalia conservative speaks volumes.

In short? These people are not conservatives — and in fact they belong in the new socialist political world that the Biden–Harris ticket represents.

And in this new socialist world, women and Catholics who are thoughtful conservatives — not to mention African Americans, Hispanics, and gays — are not welcome.

So the borking of Amy Coney Barrett is beginning. And by their silence or opposition, the Lincoln Project and Republican Voters Against Trump are making plain that they are on board with it.