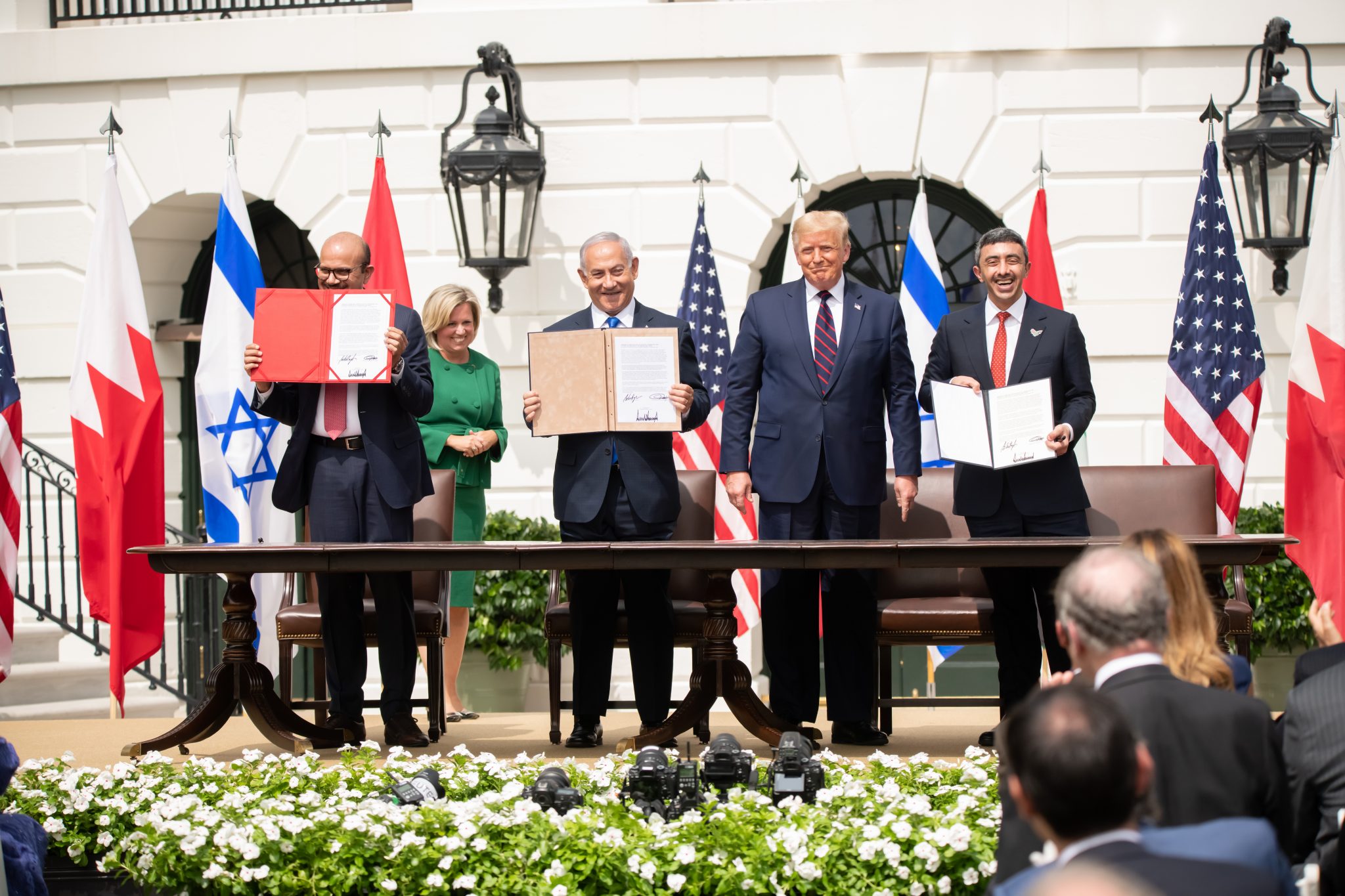 Thanks to the Abraham Accords brokered by the Trump administration, we are witnessing a tectonic shift in the Muslim world. The UAE, Bahrain, Kosovo, Sudan, and Morocco have normalized relations with Israel and recognized the Jewish people’s right to self-determination. The Biden administration should capitalize on the momentum of the Abraham Accords and broker deals with Indonesia, Oman, Mauritania, Saudi Arabia, and others to normalize relations with Israel.

Yes, the Biden administration recently came out in support of more normalization agreements with Israel. But the administration has also damaged our relations with Saudi Arabia and its crown prince, normalization broker Mohammad bin Salman. It ignored a critical opportunity to seal a deal with Indonesia. While it recently approved a large sale of arms to the UAE, it did so with strings attached. State Department’s promise that it will “continue reviewing details and consulting with Emirati officials” on the use of those weapons is reminiscent of the administration’s suspended sale of “offensive weapons” to Saudi Arabia, which means that it is essentially taking Iran’s side in Yemen’s civil war and beyond. So the UAE, like Saudi Arabia, is very much still in the doghouse. In light of all this, the Biden administration has made appeasement of Iran and the Palestinian Authority its first and second priorities.

Despite all this, the Abraham Accords have yielded benefits beyond normalization with Israel that look likely to endure.

First, the Abraham Accords brought normalization not only with Israel but with Judaism itself. In Dubai, the Jewish community celebrated Passover for the first time this year, and Dubai’s Senior Rabbi Dr. Elie Abadie led a virtual seder via Zoom connecting the Jewish communities of Bahrain, Kuwait, Oman, Qatar, Saudi Arabia, and the UAE (the Gulf Cooperation Council or GCC). Six hundred fifty pounds of matzah were shipped to these six communities. Rabbi Dr. Abadie became the UAE’s second full-time rabbi; he moved to Dubai from New York in the fall of 2020.

In February, the Jewish communities of the GCC formed the Association of Gulf Jewish Communities (AGJC) to provide services and communal programs to both residents and visitors of the Gulf States. The AGJC in turn established the Bet Din of Arabia, which will serve as a rabbinical court for religious and communal issues of Jews living in the Gulf. Also in February, Egypt’s Ministry of Education approved its first-ever religious course to include teaching of Jewish texts.

Last December, Dubai also held public Hanukkah celebrations at the base of the Burj Khalifa, drawing about 500 people. Emiratis and Bahrainis joined Israeli President Reuven Rivlin in lighting a menorah at the Western Wall in Jerusalem. Moroccan and Israeli ambassadors to the United Nations lit the menorah together in New York. Israel’s chief rabbi visited the UAE, where he inaugurated a new Jewish daycare center, a Jewish school, and a synagogue.

The Abraham Accords have also brought greater interfaith dialogue. The Global Imams Council appointed Rabbi Dr. Abadie to its Interfaith Network. The Abrahamic Family House in Abu Dhabi, which is composed of a mosque, church, and synagogue, should be completed by 2022. Bahrain’s only synagogue, in disuse since 1948, has been renovated and will open soon. Delegations from the UAE and Bahrain have visited the Temple Mount. Israel and Saudi Arabia have been in talks to join Saudi Arabia to the Islamic Waqf Council, in a bid blessed by Jordan to counter growing Turkish influence on the Temple Mount.

The Abraham Accords have fostered a growing fascination in the Muslim world with Jewish culture and history. Dubai’s Crossroad of Civilizations Museum recently signed an MOU with Jerusalem’s Heritage Center for Middle East and North Africa Jewry. In Essaouira, Moroccan King Mohammad VI inaugurated the Bayt Dakira (“House of Memory”) center to remember Jewish culture. Moroccan schools will teach Jewish culture and history. The airing of Um Haroun (“Mother of Aaron”), a drama series depicting Jews living in the Gulf in the 1940s, on Saudi TV is a sign of Saudi Arabia increasingly warming to Jews. Viewed by an estimated 141 million Muslims in the Gulf and Egypt, Um Haroun will change the minds of many.

And last but certainly not least, the Abraham Accords have led the Muslim world to increasingly fight anti-Semitism. The Global Imams Council, Albania, Bahrain and Kosovo have adopted the International Holocaust Remembrance Alliance’s (IHRA) definition of anti-Semitism, supported by both the Trump and Biden administrations. The Biden administration can hopefully get more Muslim nations on board. The UAE’s foreign minister visited Berlin’s Holocaust memorial. Saudi Arabia has removed many of its anti-Semitic and anti-Zionist passages from its textbooks (while Turkey piles it on). These achievements were unimaginable only a couple of years ago.

Many leaders in the Muslim world are beginning to see the Jews as equals with common beliefs, traditions, and history. The Iranian and Palestinian leaderships, on the other hand, continue to live in the past and promote hateful ideology. To optimize peace, the only way forward is for the U.S. to pivot back towards strengthening our relationships with our traditional Arab allies, promoting and expanding upon the Abraham Accords, and supporting durable, lasting reconciliation between the Muslim and Jewish people.