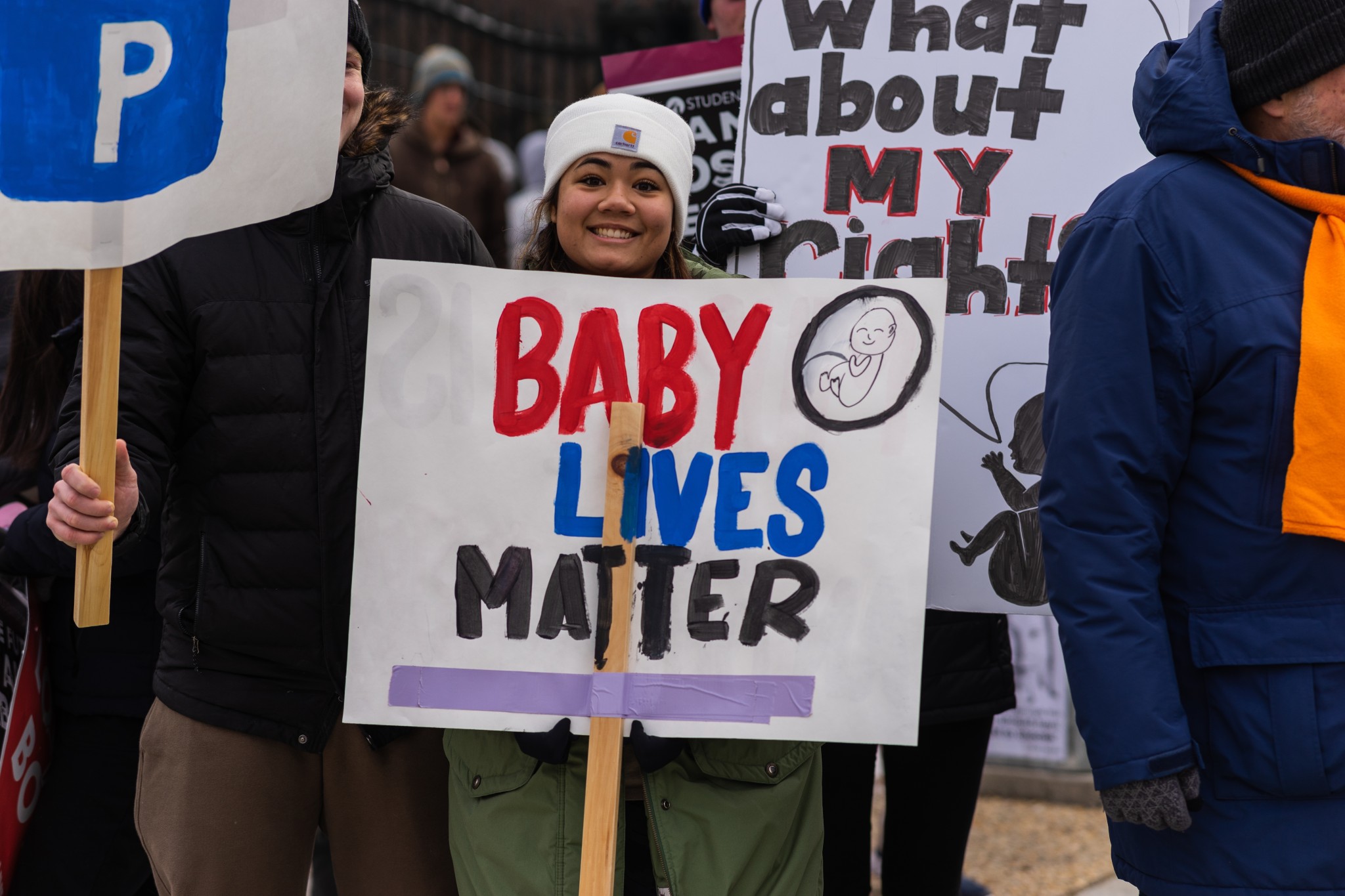 I have no name
I am but two days old.—
What shall I call thee?
I happy am
Joy is my name,—
Sweet joy befall thee!

Last week was a great one for unborn babies as the national tide turned further to defend them. Not so long ago, when our country was normal (if flawed), the secular progressive Left saw that it was good and could not let this stand. They struck at the purest, most elemental truth since Creation, a woman’s greatest power, her ability to reproduce and nurture life. They branded it counterproductive, obsolete, subservient.

They introduced their aberrant philosophy into academia to girls who did not, could not, know better, confusing and tempting them as Satan once did Eve. Why tie yourself to men and children, they lectured, when you could be as free as the boys around you and live for yourself? Should you become pregnant, merely discard that thing inside you, keeping you from true fulfillment: free sex and a career.

And the evil lie spread like a disease, out of college to Hollywood then mainstream culture. A few faint voices condemned the madness — speaking for the silent preborn babies being slaughtered on the altar of feminism — only to be drowned out by the clamor of the mob. Some found hope in the laws once protecting the unborn from their deluded mothers about to have them killed. But that sanctuary ended on January 22, 1973, when seven male Supreme Court justices utterly perverted the Constitution by fabricating a nonexistent right to privacy — and putting a woman’s right to murder her child beyond the reach of voters.

It is finished, thought the Left. America’s heart, like the brains of partially born babies, had been ripped out. And now, with more than 62 million babies sacrificed for progressivism, they could focus on more relevant, divisive — and realistically insignificant — terrors, such as the racist legacy of slavery and white supremacy. But all was not quiet on the abortion front.

Over the five decades since Roe v. Wade, the voices of, and for, the unborn got louder and stronger. It began on the very first anniversary of the ruling. On January 22, 1974, more than 20,000 people, mostly women, walked to the Capitol steps to protest, and the March for Life became an annual event. In 1987, the magnificent Ronald Reagan became the first U.S. President to address the March via videophone in his typically inspiring style:

And yet our opponents tell us not to interfere with abortion. They tell us not to impose our morality on those who wish to allow or participate in the taking of the life of infants before birth. Yet no one calls it imposing morality to prohibit the taking of life after a child is born. We’re told about a woman’s right to control her own body. But doesn’t the unborn child have a higher right, and that is to life, liberty, and the pursuit of happiness?

This year, hundreds of thousands attended the March for Life, sensing something wonderful. Because this year, everything will probably change, and a satanic evil will be exorcized. And the Exorcist is the man leftists ironically deem the antichrist, who still haunts them from his political grave — Donald Trump.

The expected — previously recorded — official SCOTUS decision to overturn Roe v. Wade may come this week. Now leftists are doing what they always do when faced with a loss of their power, especially their darkest rite, abortion: shriek like demons and lash out. Less than two weeks after one of them attempted to assassinate Brett Kavanaugh, protesters converged on Coney Barrett’s house last weekend soaked in fake blood and carrying bloody dolls. That won’t trigger any more violent lunatics, believes nobody.

Nonetheless, the lives of real babies won the week. Under extreme righteous pressure, Merrick Garland’s liberal-infected FBI was finally forced to open an investigation on 52 attacks against pro-lifers, including the firebombing of several counseling facilities. Sen. Marco Rubio vowed to block any attempt by President Biden to federalize abortion rights once Roe v. Wade is overturned. (Biden is considering declaring a nationwide public health emergency to bypass the court.) And the Iowa Supreme Court struck down the idea of a constitutional protection for abortion.

Less direct yet potentially definitive, the abortion lobby’s biggest target, the Catholic Church, continues to wield its newfound moral strength. Fresh from Archbishop Salvatore Cordileone’s communion ban on Nancy Pelosi, a Massachusetts bishop Friday stripped the Catholic designation from a Jesuit-run school for refusing to take down the LGBTQ+ rainbow and Black Lives Matter flags. In doing so, Bishop Robert J. McManus assailed the Nativity School in Worcester, Massachusetts. In an open letter to the school, McManus wrote that “these symbols (flags) embody specific agendas or ideologies (that) contradict Catholic social and moral teaching.” Just wait till he gets to abortion.