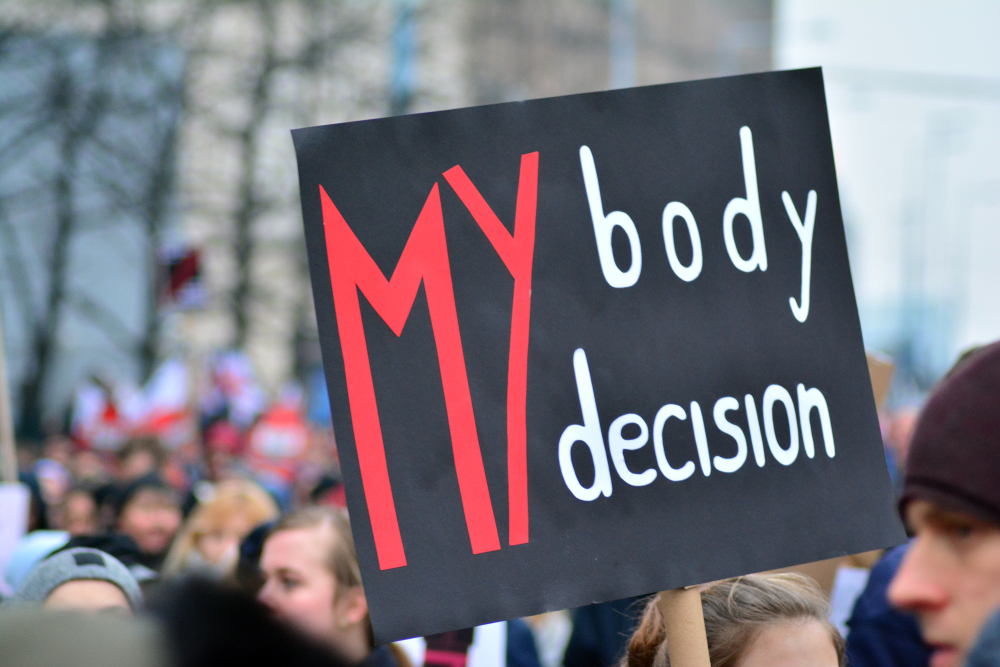 January 22, 1973, is another date that will live in infamy — for legalizing 62 million more killings than occurred at Pearl Harbor while twisting the Constitution into their death warrant. On that day, a corrupt, cowardly U.S. Supreme Court fabricated a right found nowhere in the Constitution that permits mothers to murder their unborn children. The new movie Roe v. Wade, by producer/cowriter/co-director/star Nick Loeb is the Tora! Tora! Tora! of this historic nightmare. It dramatizes the major chain of events leading up to the decision that put our nation on the road to perdition.

The film employs flashbacks to tell the story from the perspective of the 1980s, and with the narration of Dr. Bernard Nathanson, sincerely played by Loeb. Nathanson’s transformation from zealous abortionist (he cofounded NARAL, originally the National Association for the Repeal of Abortion Laws, later National Abortion and Reproductive Rights Action League) to pro-life crusader perfectly brackets the picture, and sets up one of the most chilling, riveting, and effective scenes in recent cinema. Nathanson’s active presence at every key point in the saga crystallizes the horror, yet Loeb portrays him as more dupe than villain. That role goes to his partner-in-carnage, Lawrence Lader, “the father of abortion,” played with amoral nonchalance by Jamie Kennedy. Kennedy perfectly communicates “the banality of evil,” Hannah Arendt’s description of Adolf Eichmann, architect of the Jewish Holocaust.

Lader makes Nathanson his first convert in his master plan to normalize abortion. The two men then recruit The Feminine Mystique author Betty Friedan (a marvelously creepy Lucy Davenport), who brings her burgeoning women’s movement into their deadly cause. When the movement explodes, so does the demand for abortion as a woman’s right, which fast becomes an irresistible force bringing weak men into the fold. They include religious leaders such as real-life Rabbi Max Ticktin (played by an unctuous Bruce Coen) and ultimately the SCOTUS judges.

From the start, Nathanson and Lader find abortions to be extremely profitable per terminated fetus, so Nathanson works to increase their number. In one gruesome segment, he gets shown a new fetus-suctioning device (the ovum forceps) by its British inventor, Dr. David Sopher. As Sopher, conservative agitator Milo Yiannopoulos displays David Bowie–style acting talent during his matter-of-fact demonstration of the process.

Loeb and Allyn’s script is rather uneven in telling the complex story, though with more highs than lows. The pro-life characters get the worst of it, as do the actors inhabiting them. Former teen idol Joey Lawrence has more presence than decent dialogue as lawyer Robert Byrn. He spends valuable development time citing famous sayings like, “ ‘Any society that would give up a little liberty to gain a little security will deserve neither and lose both.’ Benjamin Franklin.”

Lawrence is matched in this dialogue deficiency by the excellent Tom Guiry as Father (later Bishop) James McHugh, the Church’s leading anti-abortion warrior at the time. McHugh quotes the by-now-clichéd poem from German pastor Martin Niemoller: “First they came for the Jews and I did not speak out because I was not a Jew. Then they came for the Communists … Then they came for me and there was no one left to speak out for me.” The heroic McHugh deserved better screen representation. Another pass on the screenplay by a superior writer would have helped (check out the similarly anti-abortion docudrama Gosnell: America’s Biggest Serial Killer, written by Andrew Klavan).

Recent conservative turncoat Stacy Dash does a fine job as the third member of the pro-life team, Dr. Mildred Jefferson, the first black woman to graduate from Harvard Medical School and a trailblazing defender of the unborn.

Needless to say, Roe v. Wade is a fully independent production, made without any financial or professional input from abortion-celebrating Hollywood, other than the inclusion of several of its best expatriate actors — Jon Voight, Robert Davi, Corbin Bernsen, Steve Guttenberg, Richard Portnow, and William Forsythe — as the SCOTUS judges. Credit must go to Loeb and his team for getting maximum value out of the limited budget, a feat made more impressive given the 1970s period setting with its hideous fashions, rotary phones, vintage cars, obsolete medical devices, and small-screen televisions. One TV set is shown playing the pro-abortion episode of Norman Lear sitcom Maude. “It’s like going to the dentist,” Maude’s daughter says, a line even more repulsive in historical hindsight. The filmmakers also seamlessly blend actual crowd footage with extras and actors. Lucky for them, they got vital shots of Washington landmarks such as the Capitol before D.C. became a military-occupied zone.

Despite its flaws, two elements highly recommend the film. One is the revelation of what little chance the defenders of life had. For instance, viewers may be startled to learn that Justice Stewart’s wife (Ann Hamilton) and Justice Blackmun’s daughter (shaky conservative Tomi Lahren) worked for Planned Parenthood, which should have recused both men.

The second is a heart-wrenching yet beautiful scene that takes place a decade after Roe v. Wade, in which Nathanson tries the new ultrasound machine for the first time. He hears the heartbeat of an unborn baby at the same early stage of development as the countless he has slaughtered, and he breaks down in horror and guilt. The scene is worth the price of the movie, and hopefully it will haunt abortion supporters and encourage them to leave the darkness and see the light — like newborn children.