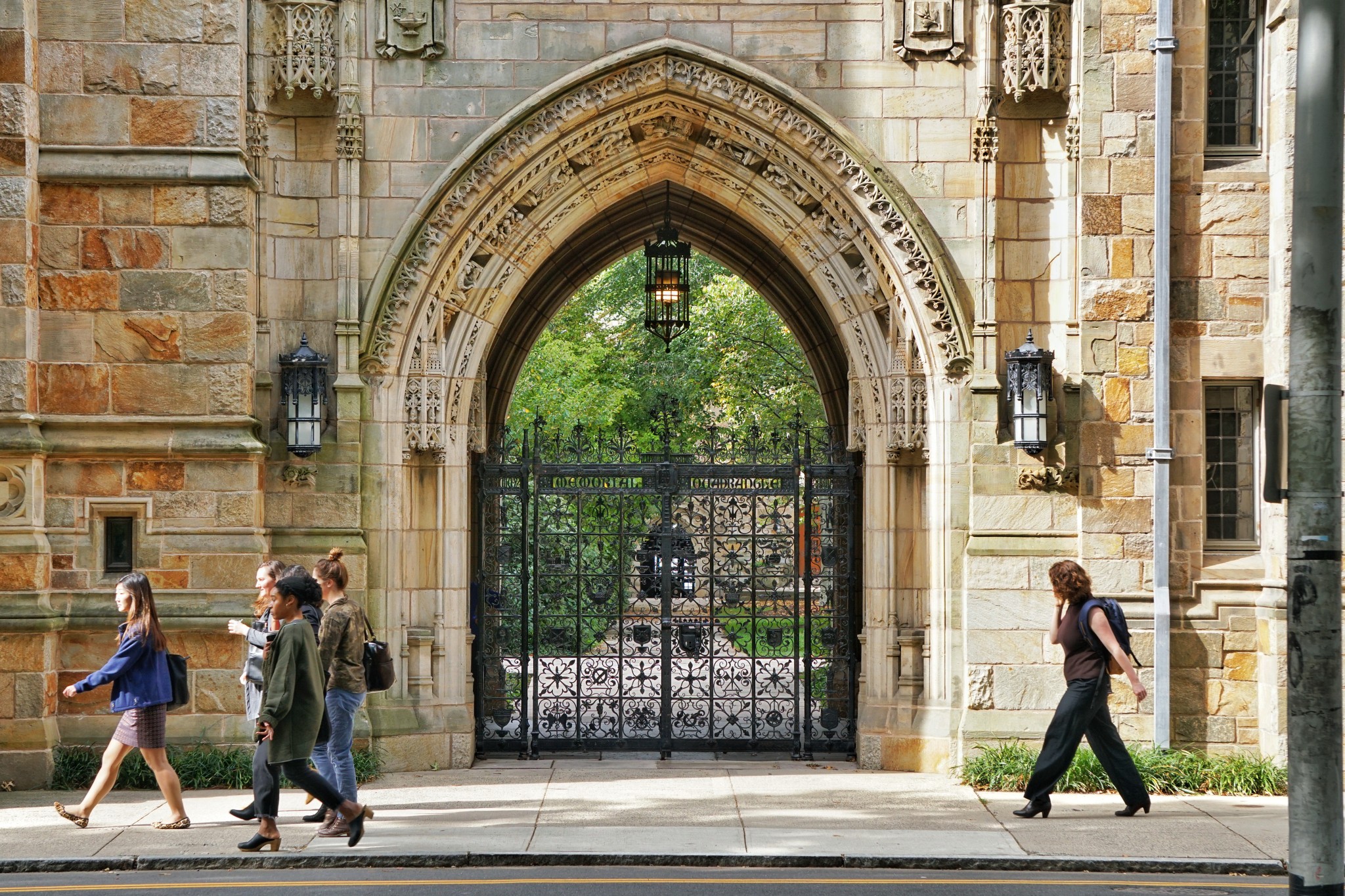 Over the weekend, your author uncovered an interesting line of commentary on a subject of high importance. At issue: the consolidation of control by the Left inside virtually all of our legacy cultural institutions, and what it means.

At Legal Insurrection, William Jacobson brings up the subject as initially raised by Joel Kotkin, writing at UnHerd.

Kotkin’s view is quite an optimistic one:

Over the past several decades, the progressive Left has successfully fulfilled Antonio Gramsci’s famed admonition of a “long march through the institutions”. In almost every Western country, its adherents now dominate the education system, media, cultural institutions, and financial behemoths.

But what do they have to show for it? Not as much as they might have expected. Rather than a Bolshevik-style assumption of power, there’s every chance this institutional triumph will not produce an enduring political victory, let alone substantially change public opinion.

Increasingly, the “march” has started to falter. Like the French generals in 1940 who thought they could defeat the Germans by perfecting World War One tactics, the progressive establishment has built its own impressive Maginot Line which may be difficult to breach, but can still be flanked.

That is not to deny the progressives’ limited successes. It has certainly developed a remarkable ability to besmirch even the most respected institutions, including the US military. But that is where its achievements stop.

While the Pentagon’s top brass focused on “domestic terrorists” and a progressive social agenda, it calamitously bungled its withdrawal from Afghanistan and appears utterly unprepared for Chinese or Russian competitors. And the effect of this progressive march is plain to see: the percentage of Americans who feel “a great deal of trust and confidence in the military” has dropped in just three years to 45% from 70%.

This decline in trust in major institutions, so evident in America, is also rife across Europe and Australia. In Europe, for example, young people express less pride in their cultural and religious heritage, and are almost three times as likely as their elders to believe that democracy is failing.

The great paradox of progressivism is that nowhere are its shortcomings more evident than in its geographic heartland: the dense urban centre. Conventional wisdom has dictated that America’s high-tech economic future will be shaped in dense urban areas, where superstar companies stand the best chance of recruiting superstar employees.

But while the upper crust of the labour force continue to head to the dense urban cores, on the ground people are moving in the other direction. Across the high-income world, not only in America but Europe as well, the vast preponderance of growth has taken place in suburbs and exurbs. In the last decade over 90% of all US metropolitan population growth and 80% of job growth took place on the periphery. On the ground, then, the progressive dream is withering.

Jacobson’s take on this subject is an interesting one, as he ties Kotkin’s epitaph for the progressive domination of the institutions to Mass Formation Psychosis — something which has been much discussed ever since Dr. Robert Malone (who was unpersoned by Big Tech just prior to a dynamite appearance on the Joe Rogan podcast two weeks ago) brought up the topic.

Jacobson included this clip from Malone’s appearance for the benefit of those who aren’t familiar with the term:

Please share this far and wide. This is what is happening. Help those who can’t see it yet. The suppression of free speech has played a brutal role in this mass formation psychosis. @joerogan pic.twitter.com/l9PUWQXKoF

The tie-in? You have the conditions for a spread of mass formation psychosis when so much cultural and informational power is consolidated in so few hands. Our legacy news media, with the exception of Fox News, isn’t just monochromatic in political ideology but also in cultural orientation and personal style. Our government agencies are staffed with thousands of clones indoctrinated in similar institutions. Our arts communities are similarly uniform.

And the public has little use for any of it, despite the fact this progressive control over the institutions undoubtedly still carries a great deal of cultural and political influence. They’ve been able, for example, to set off COVID hysteria and keep it going for two years, and do an enormous amount of damage to civil liberties and societal cohesion in the process, but in a free civilization like ours, it’s one thing to launch a cultural or political offensive and something else entirely to keep it going indefinitely.

Much less to avoid the inevitable blowback.

Kotkin is correct on the outmigration from the deep blue cities. Democrat stronghold New York lost 319,000 people in 2021. Washington, D.C., shed 2.9 percent of its population in just one year at a time when the federal government grew larger than ever. Hawaii, Massachusetts, Louisiana, California, and Illinois — all either blue states or states that have Democrat governors  — shed population in 2021. Meanwhile, Texas grew by 311,000 people and Florida by 211,000. Idaho increased three percent in population in just one year. There’s been a staggering amount of population migration out of the Left’s core jurisdictions. People vote on Hard Left policies with their feet in America just as they have elsewhere in the world.

And college attendance is down. As Kotkin reports, it fell by five percent in the past decade, and then another 6.5 percent in 2020 and 2021. Parents are recognizing the rip-off woke higher education has become, and particularly in the case of straight white males, college attendance has fallen off markedly, as discussed in this space back in September.

So they’ve poisoned the public against the cities they run, they’re busily destroying higher education, and they’re hard at work destroying K-12 public education as noted often in this space and elsewhere at The American Spectator.

And then there’s Hollywood, which is run by a small cadre of incompetents who destroy virtually everything they touch by demanding most, if not all, of its products are tainted with woke propaganda.

How well does that work? Well, in the first box-office weekend of 2022, a $60 million Jessica Chastain-Penelope Cruz-Diane Kruger blockbuster, The 355, opened on more than 3,000 screens nationwide. The movie had everything going for it … and it flopped badly, generating only $4.3 million in revenue.

Why? The 355 is a shoot-‘em-up spy movie starring a multicultural cast of five female leads and no male ones. It offers the usual fare of females beating up men twice their size.

Audiences took one look at the trailer and said, “Nope.”

Nobody cares about woke propaganda disguised as entertainment. When Hollywood relents and allows its products to tell stories which reach us as human beings, it’s rewarded. The exceedingly non-woke Spider-Man: No Way Home has grossed more than $660 million in four weeks. But the film industry simply doesn’t go there much anymore.

And in the meantime, independent Christian filmmakers crank out low-budget films like I Can Only Imagine, The Shack, War Room and Fireproof which routinely turn $1-3 million productions into $80 million revenue engines. None of these are great films — they’re watchable, but “conservative” filmmaking still has a long way to go — but the “bomb” ratio is far, far less than the Hollywood in-crowd is generating.

What does all this failure add up to? A revolution, that’s what. A major upheaval in all of these key political, economic, and cultural institutions which have “gone woke” and no longer serve the American public’s interests. Kotkin is correct that we’re seeing Peak Progressive as the Gramscian march through the institutions completes itself and the backlash begins.

America is begging for major changes. Everybody knows it. The Left, in fact, is counting on turning that dissatisfaction, the end of this current era, into its own utopian moment.

But the public doesn’t want to be governed by the woke commies. The public is running away from them as best it can. Their successful march through the institutions only amplifies the dissatisfaction of — and the opportunity for disruption by — ordinary folks.

So what comes next? Jacobson’s expectation is that the upheaval will get nasty.

“But first, things will fall apart,” he says. And he’s likely right about that.