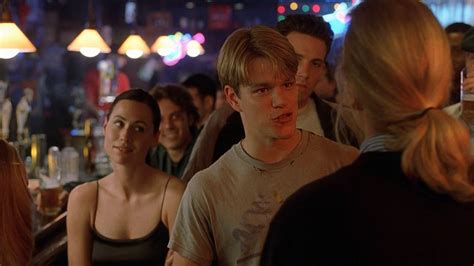 There’s a famous scene in the classic Matt Damon/Robin Williams movie Good Will Hunting in which Damon, a prodigious working-class young mathematics expert from South Boston, is in a confrontation with a Harvard student over, naturally, a girl.

That scene came to mind as the subject of America’s decline in higher education came to prominence. The Wall Street Journal this week had an article detailing the rather precipitous decline over the past five years in male enrollment at colleges and universities around the country. The numbers are quite stark:

The number of men enrolled at two- and four-year colleges has fallen behind women by record levels, in a widening education gap across the U.S.

Men are abandoning higher education in such numbers that they now trail female college students by record levels.

At the close of the 2020-21 academic year, women made up 59.5% of college students, an all-time high, and men 40.5%, according to enrollment data from the National Student Clearinghouse, a nonprofit research group. U.S. colleges and universities had 1.5 million fewer students compared with five years ago, and men accounted for 71% of the decline. This education gap, which holds at both two- and four-year colleges, has been slowly widening for 40 years. The divergence increases at graduation: After six years of college, 65% of women in the U.S. who started a four-year university in 2012 received diplomas by 2018 compared with 59% of men during the same period, according to the U.S. Department of Education. In the next few years, two women will earn a college degree for every man, if the trend continues, said Douglas Shapiro, executive director of the research center at the National Student Clearinghouse.

No reversal is in sight. Women increased their lead over men in college applications for the 2021-22 school year — 3,805,978 to 2,815,810 — by nearly a percentage point compared with the previous academic year, according to Common Application, a nonprofit that transmits applications to more than 900 schools.

As the article notes, the largest falloff among the male population comes among poor and working-class whites, for whom there are lower enrollment rates than among blacks and other minorities.

What’s surprising about this is that anybody should find it surprising. If you’ve spent any time at all on a college campus recently what you know is that American higher education, just like American elementary and secondary education, is specifically calibrated to demonize, inconvenience, and oppress straight white men.

That the enrollment rates should fall off is not just unsurprising, it’s the desired result.

The WSJ piece makes clear that nobody at any institution of higher education is willing to devote resources to recruiting more straight white males to attend college. They don’t want them.

If they did, they wouldn’t have destroyed so many things that attracted straight white guys to college in the first place.

Let’s bear in mind that elementary and secondary education in this country is dominated, almost in an exclusory manner, by females — and the women who run the K-12 schools treat boys not as boys but as bad girls who need to be managed. Any male who survives past high school in such an environment (and males graduate high school at lower rates now than females do) is likely exhausted at the idea of sitting in an estrogen-soaked classroom rather than going out and living for the next four years.

The education establishment has already poisoned the well for straight white males by attempting to indoctrinate them into its woke fantasies, and given the natural tendency of teenagers to rebel it’s a pretty good bet that a lot of them have objections to overcome when it comes to spending the next four years being lectured to — and, frankly, being ripped off.

What is it that colleges offer straight white men these days, anyway?

Is it money? You’re supposed to go to college so you can make more money. But colleges are pushing degree programs that are more likely to make you a debt slave than prosperous. Practical males who aren’t bought in to the status argument and simply look at the objective aspect of it — particularly after having been dragged through the utter tedium and insult that is modern secondary education — look at those crazy tuition bills and question whether it’s worth the investment. If you’re bent on becoming a lawyer, doctor, engineer, scientist or accountant, then yeah — you need a college degree, though you might be able to get one online while you’re working a job. Even then, everybody knows that by the time you’re in your late 20s nobody cares where your degree is from.

By the way, you literally can make more money going to trade school and filling the massive hole in the workforce that exists for plumbers, welders, machinists, carpenters, and other skilled tradesmen, wherein you can very likely become a business owner by your early 30s and make a nice living while being completely in control of your time, than you can getting a BA in a run-of-the-mill college major which prepares you for white-collar corporate drudgery and workplace irrelevance by your late 40s.

The WSJ piece makes clear that nobody at any institution of higher education is willing to devote resources to recruiting more straight white males to attend college. They don’t want them.

College used to be known not just for the higher learning one could find there (something which is questionable; go check out the syllabus for any 1000-level English or History class nowadays and you might see these institutions as adult day care more than higher education), but for the development of social skills students could attain. But is college really preparatory for real life now? Or does it just coddle kids and keep them as children?

They’ve destroyed the Greek system at all the colleges, you know. For college men, fraternities used to represent the single most important learning experience anybody could get in his formative years. In a fraternity you got a great education as to how organizations work, how interpersonal relationships are built and maintained, how to sell (rush is nothing but an intensive course in sales), and how adverse circumstances can create bonds between people who would never have them otherwise (which is what pledgeship is for, and the worse pledges had it the closer the pledge class became).

Take that experience away and all college really amounts to is paying too much to sit in a classroom and listen to some institutionalized loser pontificate and demand you parrot his or her rants for a grade. Girls will put up with that far more readily than boys will, especially when girls are pandered to on college campuses.

Then, of course, there is the fact that American colleges are non-stop leftist indoctrination camps. White American males, particularly those from non-privileged backgrounds, generally are repulsed by all of it.

They’re particularly repulsed by the gay and trans advocacy that festers on campus, the intersectional feminism, and especially the guilty-until-proven-innocent kangaroo courts policing “sexual assault.” Nobody thinks date rape is OK, but there are so many incidents of hoaxes, or situations where the guy and the girl are both so hammered neither one remembers sleeping with each other, that lots of these guys look at the college social life as a trap not worth their time.

Not that long ago, you went to college and you’d major in something that would give you a window into real-world productive work, you’d take core classes and electives that would make you well-rounded and culturally literate, you’d engage in Greek life or other extracurricular activities that taught you how to make friends the way adults do, and you’d find somebody you might like to marry.

When colleges enthusiastically embraced that role in society, there was a near universal consensus that everybody who had a smidgeon of academic talent should go.

But the people who run academia now have no interest in that role. Drunk on the power and money their predecessors left them, and unfettered by any accountability that politicians (at state schools) and donors should have imposed on them, they decided a couple of decades ago that they were to be the molders of a brand new kind of American. Our colleges teach kids that gender is a social construct, that America was founded to facilitate slavery, and that in a decade or so the world will end because of climate change.

It isn’t surprising that straight white males whose parents don’t have a quarter of a million dollars handy to burn on four years of adult day care or are committed to a career path colleges are the gatekeepers for are losing interest in the project.

What’s surprising is that anybody still wants to put themselves through this ringer at all.