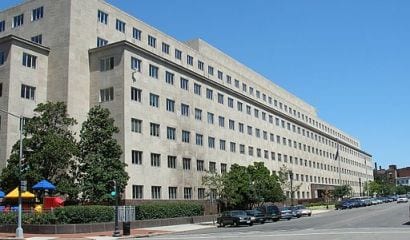 Few Americans dread anything more than receiving a letter from the IRS. But imagine a full field audit, with intrusive questions about your activities and spending habits. From suspicious agents convinced that you’ve violated the law. That’s essentially what political activists on the Right have been enjoying recently, courtesy the Obama administration.

Who knew what when is the question du jour, but political abuse by the IRS is not new. As investigative journalist Jim Bovard has detailed, Franklin Delano Roosevelt and John F. Kennedy did not let their public-spirited rhetoric interfere with their use of public institutions for partisan benefit. Richard Nixon more recently directed the agency to target his enemies. As White House Counsel John Dean explained, the objective was to “use the available federal machinery to screw our political enemies.”

President Barack Obama undoubtedly remembers the latter example — as well as Nixon’s fate — and is not so stupid to similarly set himself up for criminal charges. The scandal likely will claim a few mid-level scalps and divert the administration’s attention from some of its more harmful initiatives. But the crisis will be wasted, to paraphrase Rahm Emanuel, if it is not used to advance the cause of liberty.

Far more than partisan politics is at stake in the latest scandal. The real issue is the expansive, expensive bureaucratic state and its inherent threat to any system of limited government, rule of law, and individual liberty. Obama adviser David Axelrod blamed big government for the controversy, but in order to absolve the president of responsibility: “Part of being president is that there’s so much beneath you that you can’t know because the government is so vast.”

That’s true, but it also was true ten and 50 and probably 100 years ago. More relevant is the fact that the broader the government’s authority, the greater its need for revenue, the wider its enforcement power, the more expansive the bureaucracy’s discretion, the increasingly important the battle for political control, and the more bitter the partisan fight, the more likely government officials will abuse their positions, violate rules, laws, and Constitution, and sacrifice people’s liberties.

The blame falls squarely on Congress, not the IRS. Legislators have tasked the tax agency with pulling $2.52 trillion out of Americans’ wallets. With Uncle Sam a prodigious and very public wastrel, there aren’t many people stepping forward to voluntarily turn more of their incomes over to the Treasury. Even those who most cheerfully insist that taxes should be raised themselves don’t give extra cash. Thus, raising that much more requires squeezing taxpayers with intrusive and painful enforcement measures.

This reality means that the IRS always will deliver what acting tax Commissioner Steven Miller called “horrible customer service” when he attempted to excuse the agency’s partisan targeting. No matter how polite and objective IRS employees may be, taxpayers always will be “customers” of the tax authorities in the same way that inmates are “customers” of prison guards. Paying taxes is not a form of consumption most of us will voluntarily choose.

At the same time, the denizens of Capitol Hill also have created a tax code marked by outrageous complexity, special interest electioneering, and systematic social engineering. Legislators have intentionally created avenues for tax avoidance to win votes, and then complained about widespread tax avoidance to win votes. Taxpayers are foolish if they do not take advantage of tax “loopholes,” but agency employees feel tasked to deny any claim that is not clear, even certain. What’s a dedicated employee to do?

Exemptions can result in as much work as enforcement. But, no surprise, the agency places greater emphasis on collecting money from people than on exempting people from paying money. Noted Nancy Cook of the National Journal, “Fewer than 200 employees work to screen more than 70,000 applications for exemption that the Cincinnati office receives each year.” Shortchanging personnel in this way encourages the agency to take “shortcuts that undermine fundamental taxpayer rights and harm taxpayers,” warned the IRS’s independent National Taxpayer Advocate Nina Olson.

Worse, legislators and presidents increasingly have used tax provisions to control people’s behavior. Explained Cook: “The agency also implements much of the country’s social policy through the tax code. The Earned Income Tax Credit encourages poor people to work, and other incentives encourage us to buy homes and give money to charity. In the coming year, the IRS will be responsible for implementing much of the Affordable Care Act.”

Under Obamacare the IRS collects increased revenue, certifies which Americans are eligible for insurance subsidies, and acts as the primary enforcer of the administration’s insurance mandate, upon which the entire new regulatory structure rests. If healthy people don’t buy the more costly policies, medical insurance companies face a death spiral. So if you fail to purchase insurance, you must pay a tax penalty. The IRS is in charge.

The agency Inspector General reported that the legislation made 47 changes in the tax code, “the largest set of tax law changes the IRS has had to implement in more than 20 years.” Olson called the nationalization of health care “the most extensive social benefit program the IRS has been asked to implement in recent history.”

The most obvious response to the scandal — beyond punishing anyone who violated the law — is tax reform. Implement a flat tax and you’d still have an IRS, but the income tax would be less complex, there would be fewer “preferences” for the agency to police, and rates would be lower, leaving taxpayers with less incentive for aggressive tax avoidance. Replace the income tax with a consumption tax, and much of the IRS would go away — though the application of Social Security levies on Schedule C income would still leave some IRS enforcement to measure the incomes and expenses of the self-employed.

Further, Washington would have to join states in overseeing sales by retail businesses across America, an extraordinary undertaking. Still better than peering into every Americans’ personal wallet, but not necessarily a significant reduction in intrusive state intervention.

Failing to address the broader underlying factors also would merely set the stage for a repeat performance in some form a few years hence. And the cost would continue to spill over into everything which government does. As Wall Street Journal columnist Peggy Noonan observed, “This is not about the usual partisan slugfest. This is about the integrity of our system of government and our ability to trust, which is to say our ability to function.” Today government, and especially the federal government, does far too much. But it does have a few duties which are legitimate and important, and which therefore should be done well.

But the political effort arising from the tax scandal should not be merely defensive. Activists, candidates, and officials supporting individual liberty and limited government — especially prospective presidential aspirants, such as Rand Paul — should push to abolish the IRS as we know it. One step would be to end tax-based social engineering. Taxes should be used to raise money, not reengineer society. Rationalizing the tax code commonly is considered to be “tax reform,” but Washington’s commitment should run deeper. The objective would be not just a simplification of taxes, but a rationalization of regulation. If Washington has an end, it should adopt the most direct and transparent means. Let the public know what Congress is up to and allow it to judge legislators accordingly.

More fundamentally, government, and especially the national government, should do less. Efficient social engineering may be slightly better than inefficient social engineering, but no social engineering would be far better. Government has a difficult enough challenge combating crime, adjudicating disputes, restricting pollutants, and assisting the poor. Politicians have trouble enough controlling their own behavior and acting in a civilized fashion. They are the last people who should attempt to improve the behavior and mold the souls of others.

Ultimately, the question is whether Americans want to live in a truly free society. What the Obama administration has helpfully though inadvertently demonstrated is that state intervention threatens our liberties in multiple ways. When government decides to interfere in our lives, it forces us to act in politically prescribed ways. It seizes our resources to pay for its depredations. And we see yet again that in doing the latter public officials are ever-tempted to use their power to reward friends and punish enemies, and achieve other self-centered ends.

There already is wide-spread agreement that government does too much. Americans should not allow the latest Obama scandals to go to waste. Those who favor a smaller state should make federal “roll-back” the keystone of their political efforts.