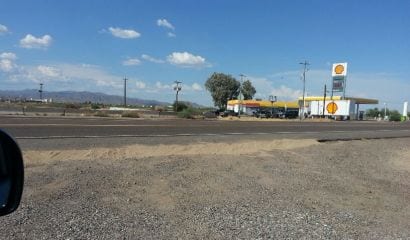 On Friday, wifey and I flew to Phoenix to give a speech and to see our friend, Mr. X, in prison. We stayed at the Fairmont Scottsdale Princess. Great rooms, but the heat going from our room to the dining room was punishing. One forgets, when one lives in glorious Los Angeles, that the July heat elsewhere in the nation is deadly.

Still, we had a fine meal with a friend at the Bourbon Steakhouse. Tuna tartare. It was amazingly good. I get much better food than I deserve. It’s not even close. Also french fries that somehow were seasoned to taste like a pastrami sandwich.

Then to bed, in my comfy bed. Another feature of my life that is a lot better than I deserve. I slept soundly but awakened to a slightly sick feeling. Tuna tartare? Maybe just existential angst?

I keep thinking, “How the hell did I get so old? I had so much life. It was as if I had an endless amount of life and love. I had coolness and girls and a Corvette and drugs, and then, in a flash, I am an old man.”

However, I hold the ace of trumps, my wife. The world’s most forgiving, kindly, beautiful, funny, clever human being. Having her as my wife is better than owning the Burlington Northern Santa Fe railroad. Better than owning Google. It is owning the love of a saint.

Yet another uniquely vital fact of my life that I do not remotely deserve.

Her love for me is just an unearned gift from God. I often think she is God. She has all the qualities I would like for God to have, including boundless love and mercy.

However, she has been extremely unwell lately and when I think of how thin she is, I just about die with fear.

She sleeps most of the time.

I got up Saturday and went to give a speech to a pleasant bunch of investors. I sat next to a man in his 70s who spends his days giving out food and paying utility bills for homeless and unemployed people. That’s his whole job. That’s his life.

“I’m a Christian,” he said simply.

“And we’re from Michigan,” his wife, a woman with a sweet, beautiful face said.

I gave my speech, visited with the guests, and then went out into the blast furnace of heat to get to my car. My driver said, “Not guilty in the Zimmerman case.”

I was happy. The case never should have been brought. It was all a matter of pandering to the activists in the black political community. The police did not press charges. A nutty special prosecutor pressed charges. Then they withheld evidence from the defense.

The media were far worse, usually referring to Trayvon Martin as an “unarmed black child.” True, he did not have a gun. But he was much stronger and tougher than Zimmerman. He was a football player much, much bigger and more imposing than the pictures of him shown in the media — which made him look like an altar boy.

He had Zimmerman on the ground, slamming his head into the concrete. That’s not “an unarmed black child.”

What would you have done if someone were slamming your head into the cement and you had a gun?

Even so, it was insane of Zimmerman to get out of his car when the police told him to just stay in his car until the police got there. Plenty of blame to go around.

I wonder how many truly “unarmed black children” are killed by abortion each day. I would guess not fewer than one thousand. And no one except the Right to Life people say “boo” about that.

It is scary how racially polarized this country is. Geraldo was on the radio making the super point that the whole case was pure racism against whites. If Zimmerman had been black, the case would never have been brought. Who can seriously dispute that? Geraldo was red hot.

Anyway, all very sad. I hear rumors that Mr. Eric Holder, our Attorney General, is thinking about bringing a civil rights suit against Zimmerman. I guess he thinks the Zimmerman case is like the murders of Goodman, Chaney, and Schwerner in Mississippi in 1964. How little he knows. Those brave souls were struggling for voting rights for disenfranchised rural Mississippi blacks. They were killed in cold blood in a monstrous Ku Klux Klan plot. The all-white local jury would not touch the Klansmen. The LBJ Justice Department had to step in and they did. It was made easier by the fact that at least one of the killers was a Deputy Sheriff, so Reconstruction Era laws about state action harming people because of their race came rapidly into play. This case has zero to do with that horrible Klan case. This was self-defense.

Another fabulous dinner at the Bourbon Steak House, with more tuna. I never learn, and then to bed watching all the commentators commenting on the Zimmerman case. It’s so simple. The black people are angry about the verdict and the white people are satisfied — by and large. Race is going to kill this country the way we’re going.

Then, yesterday morning, Sunday, off to Buckeye, Arizona, to see my dear pal, Mr. X, whom, I will just call X, at his prison compound. It was a short drive from Phoenix to a desolate spot where the surprisingly small prison was.

The reception guards could not have been more polite. Just wonderful gentlemen.

X was waiting in the visiting room. He looked thin but fit and well. I was so happy to see him I almost burst. Alex was jumping for joy.

I am not supposed to tell you what X told me about prison life. Let’s just say that I am sure I would not survive. It is just too damned much tension. Too many unhappy people in one place. Too much steel. Too much concrete. I am very blessed that I could just get up and walk out when I wanted to. We walked about in an area outdoors where prisoners’ children can play. It was 109 degrees. Way, way too hot.

Many expressions of sympathy and endearment, and then, back to the Phoenix Sky Harbor Airport. All the way back, I thought of how magnificently brave X is. He has kept his clever wit, his love of his fellow man, his interest in the world at large. He is an impressive man. Once again, a better friend than I deserve.

I really don’t think I could do what he does. He works outside in brutal heat. He has to move his bowels in public. His food is modest at best.

(A humorous note: X said the prisoners’ favorite TV show is “Locked Up” about life in prison. Tells us something.)

Now, it’s Monday and I have paid bills, swum with Julie, been on TV, had dinner with a friend going through some rough legal battles.

But I wish my wife would start gaining some weight.