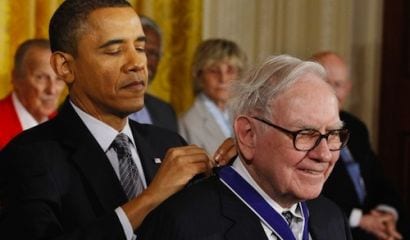 Dupes comprise a long, dubious tradition in American history. Over 200 years ago, George Washington warned the nation about “dupes” in his historic Farewell Address. Such warnings would echo from the founding of the republic through the Cold War. During the Cold War, “dupe,” like the associated word, “useful idiot” — attributed to Vladimir Lenin — became an everyday term. Dupes were legion during the Cold War, a unique breed of (largely) left-leaning Americans who, unwittingly, allowed or enabled themselves to be deceived or misled by communist propagandists. Communists were natural liars, and liberals/progressives were their primary suckers. In fact, Obama’s communist mentor, Frank Marshall Davis, excelled at this crass craft. In all, there were so many dupes during the Cold War that I’ve often said that my book on the subject could be the first in a multi-volume set.

But dupes did not end with the Cold War — hardly. Consider any number of exhibits over just the last four years:

Remember the Stupak Democrats? There was Congressman Bart Stupak of Michigan, who, on March 24, 2010, along with 12 other beaming pro-life House Democrats, stood aside President Barack Obama as he signed an executive order promising to prevent abortion funding in Obama-care. They made another group of dupes, the social-justice champions at Notre Dame who gave Obama an honorary degree a year earlier, look shrewd as serpents by comparison.

Dupes come in many shapes and sizes. Who was the biggest dupe of 2012?

That’s no easy call. To name a group, I’m partial to the majority of professing Roman Catholics who once again elected Barack Obama, thereby obliviously authorizing Obama’s HHS mandate and voting to violate their own religious liberty.

I also think Bill Clinton deserves special recognition. This self-proclaimed fiscal moderate, who, along with a Republican Congress and Reagan “peace dividend,” presided over a budget surplus and booming economy, told his party and his nation that Barack Obama was responsible for none of the fiscal/economic disaster he created over the last four years. No, Clinton assured, it was George W. Bush’s fault. Clinton’s endorsement of this outrageously disgraceful political canard by the Obama-Axelrod campaign paid off big time, as a majority of those reelecting Obama amazingly agreed that our fiscal/economic disaster is, yes, Bush’s doing. Clinton served up that whopper at the Democratic National Convention, and then repeatedly resurrected it on the campaign trail. Somehow — incredibly, incomprehensibly, unthinkably, unbelievably — it actually worked, yet again proving that no level of political obscenity is gross enough for the average Democrat voter.

Of course, for Bill Clinton, I can’t say he was acting as a dupe. A dupe is oblivious, clueless as to how he is being used. Clinton wasn’t ignorant at all. He willingly fed the faithful a giant whopper — a big lie. Clinton is more prone to that ignoble tendency than to political naïveté. Bob Kerrey once said that Bill Clinton is an unusually good liar. It is the unseemly art of the lie that is Bill Clinton’s domain.

And so, for masters of dupery in 2012, we must look elsewhere.

To that end, I urge American Spectator readers to take up their own vigorous debate. There are plenty of worthy candidates, not a few of which sit at the tip of my fingers as I type. Nonetheless, not wanting to delay the anxious anticipation any further, I now present the 2012 Dupe of the Year: Warren Buffett.

Every dupe requires a duper, and, for Buffett, his master manipulator was President Barack Obama. The way that Warren Buffett has been used by Barack Obama — on a grand scale — is nothing short of astounding. Consider the how and why, and thus the gory details of Buffett’s improbable achievement:

The reason for America’s current unprecedented fiscal calamity is crystal clear to anyone but a complete fool, or a Democrat so blindly politically partisan as to be lacking any semblance of rational political judgment: We spend too much money. Spending has long been, and remains, the unquestioned reason for this nation’s fiscal crisis. This has been especially true since the massive growth of the federal government begun in the 1960s by LBJ’s Great Society.

Proof of this is not difficult to find; it’s as easy as googling the words “historical tables deficit.” Doing so yields the two go-to sources for budget data: “Office of Management and Budget historical tables” and “Congressional Budget Office historical tables.” To keep it simple, and to perhaps keep Democrats interested, go with OMB, which is Obama’s own budget office. See Table 1.1, titled “Summary of Receipts, Outlays, and Surpluses or Deficits: 1789-2016.” This is an official report of all federal spending since the founding of the republic, since the first presidential administration, when George Washington first warned us about dupes.

Studying that chart is an unforgettable albeit painful lesson in fiscal reality. As the first two columns show, receipts (i.e., revenues) and outlays (i.e., expenditures) vacillated up and down throughout the first approximately 180 years of U.S. history. The federal government was fully capable of cutting spending when revenue waned, just as you do in your household or as any organization or business does — including Warren Buffett’s. Look at that chart closely. You will observe that even super-liberals like Woodrow Wilson and FDR presided over spending cuts when necessary.

To the contrary, such fiscal common sense ended in 1965, the start of LBJ’s Great Society. That year initiated something historically perverse: Spending began ratcheting up literally every single year, without exception, right into the Obama presidency, from 1965-2009. A slight decrease came only in 2010, but then promptly jumped back up, and now remains on a predictable upward trajectory through 2017.

The conclusion is obvious. This nation has a serious spending problem, not a tax-revenue problem. Our problem is the federal government’s unparalleled inability to control its reckless spending.

And how has Barack Obama reacted to this? With demands for more spending and more tax increases. In 2009, Obama and the Democratic Congress responded to the slow economy with a gigantic spending infusion: an $800-billion “stimulus” package that further exploded the record deficit/debt. A terrible idea from the outset, it only made the problem worse. And now, Obama’s answer is more revenue via tax increases. The new budget deal, according to CBO, features $41 in tax increases for every $1 in spending cuts. It would be hilarious if not so tragically sad.

Of course, as readers here know, the problem is not the rich not paying enough taxes. To the contrary, the top 1% of income earners pay nearly 40% of tax revenues; the top 10% pay nearly 70%.

Okay, yes, yes. Understood. We know this. Spending is clearly the problem, not taxes.

Thus, then, how can Barack Obama get away with pushing the propaganda line that the nation’s problem is not reckless spending but a lack of taxes? Well, that’s where Warren Buffett comes in.

Obama has needed a respected billionaire from the business world to willfully serve as his poster boy for making the obscene case for higher taxes rather than lower spending. And that’s where Warren Buffett has dutifully served up himself. Buffett has helped Obama enormously by stoically (and stupidly) saying that he isn’t paying enough, and Obama has employed Buffett’s example in spades. In fact, I bet Warren Buffett may well be Barack Obama’s most frequently cited American, right alongside his nebulous group of nefarious “millionaires and billionaires.” Warren Buffett is the compliant face of that designated Obama reptile class. And Buffett doesn’t seem to mind one bit; in fact, I’ve never heard him object.

For a further sense of the surreal, imagine if Warren Buffett ran his business like Obama runs his government. If one of Buffett’s employees habitually spent money that wasn’t there — year after year and decade after decade — all along blaming the problem on his predecessor, Buffett would insist the employee be immediately fired or perhaps sent to prison. But when Obama and his cohorts in Washington do it, Buffett apparently asks for more of the behavior; worse, he asks that he and all the rest of us suckers subsidize it. He thus greatly pleases Obama and his Democrats and his media, earning their hearty accolades. He is the propaganda chip for Obama’s class-warfare campaign to increase taxes on “the rich” while not cutting the government spending that feeds Obama and the Democrats’ growing government class of political dependents. He is also thereby helping them fund their long-term political/electoral strategy.