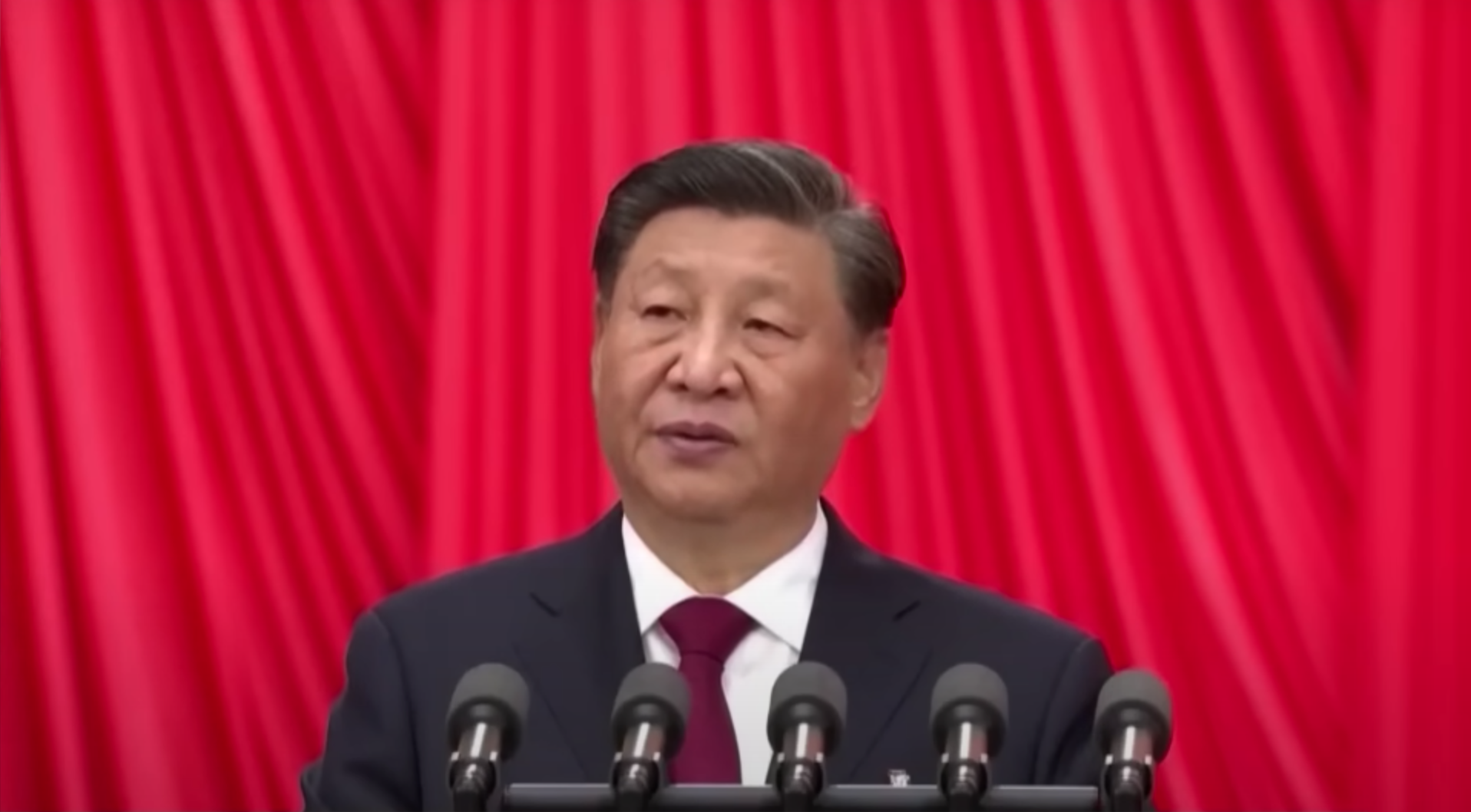 Now that the 20th Chinese Communist Party congress is over and Xi Jinping has been “reelected” general secretary, the world can continue to focus on him again. But this focus is actually based on misunderstandings about the CCP and Xi Jinping.

One misconception is that Xi has screwed up everything and that only when he steps down will everything get better. The logic of this statement is confusing. The ruinous things that the CCP has done were not something Xi alone could do but were the result of his implementation of the Communist Party’s ideology and strategy. The Communist Party’s ideology is to achieve communism throughout the entire world. Xi made it clear, stating, “[A]chieving liberation for mankind … is the consistent value pursuit of Marxism and the fundamental path of socialism with Chinese characteristics and the communists of China.”

The so-called “reformists” in the CCP believe that Xi is undermining the Communist Party, so they want to contain him and save the party. But this is not the hope of democratic countries. Democratic countries need to contain the CCP in order to protect their democratic system, and they do not need to and should not participate in the effort to contain Xi in order to save the Communist Party. To do so would undoubtedly be to the detriment of the democracies themselves.

Maintaining the absolute rule of the CCP at all costs has been the duty of all the CCP leaders.

The New York Times recently published an article headlined “Thank You, Xi Jinping.” The main theme of the article is that Xi has made a series of foolish moves, including intellectual property theft, zero tolerance of COVID, persecuting the Uyghurs, cracking down on private businesses, and so on. The author said that the West should be grateful for the things that Xi has done. The author’s sarcasm essentially alerts the CCP to stop these stupid and illogical policies of Xi. This, unfortunately, makes the author appear more stupid and illogical. If Xi is destroying the Communist Party, why would the author alert him to stop it? More misleading is that the author says that the threat of the CCP is created by Xi and that, as long as there is no Xi, China will be fine and the world will be peaceful. This acts as a coverup of the CCP. The author lives in a democratic country, but he thinks more like a reformist within the CCP. His logic is consistent with “curbing Xi Jinping to save the Communist Party,” which he does either out of naïveté or in order to deliberately help the Communist Party.

Another false claim is that Xi has abandoned reform and the pursuits of Deng Xiaoping. This claim is still the view of the “reformists” in the CCP. They seek to contain Xi and bring the CCP back to Deng’s pursuit of reform and opening up.

In fact, Xi has not abandoned Deng’s goals. Deng had three main points: The first was to adhere to the absolute leadership of the CCP. The second was to adopt pragmatism under the leadership of the party. Whatever could help cement the leadership of the Communist Party, such as capitalist managerial know-how, investment, science, and technology, the party would take. As Deng famously said, “it does not matter if it is a black cat or a white cat; as long as it can catch mice, it is a good cat.” His third point was to “hide our claws and bide our time.” Deng warned the CCP not to make the United States its enemy and not to be the world leader but, instead, to build up its strength. When Deng said this, he did not mean that the CCP should never be the world leader. He said this only so that it could build up its strength and wait for the right moment.

Over the four decades since, with the appeasement and connivance of democracies around the world, with the support of their capital and technology, and with the markets they provide, China’s economy has grown so fast that its gross domestic product has surpassed that of the United States in terms of purchasing power, allowing the CCP to use China’s economic strength to confront the United States. So, Xi thinks this is the moment. This is not because Xi has gone against Deng’s strategy; on the contrary, it is because the CCP is now strong enough to clash directly with the United States. This shows that Xi did not abandon Deng. Maintaining the absolute rule of the CCP at all costs has been the duty of all the CCP leaders, from Mao Zedong to Deng Xiaoping to Xi Jinping. There is no difference between them in this respect.

Another misconception is that Xi is now starting the Cultural Revolution again. First of all, we should clarify what the term “Cultural Revolution” is. It refers to the “Great Proletarian Cultural Revolution” launched by Mao Zedong in 1966. The essence of this revolution was that Mao was paranoid, believing that he had lost power and that the mainstream of the party was no longer in agreement with him, and he had no way to purge the deviating officials using the existing bureaucratic system. Therefore, he wanted to dismantle the party’s apparatus and use the mobilization of the masses to disrupt everything, destroy the existing political system, and purge all the senior cadres that he thought were not in line with him.

The essence of the Communist Party is to firmly grasp absolute control of the whole country.

Mao’s approach was very eccentric, to say the least. Throughout history, no ruler has ever deliberately disrupted and broken his own ruling institutions in order to achieve his own goals. In Mao’s own words, it is called: “The world is in total chaos; the situation is great.” So, from this perspective, Mao was indeed a heretic. Now, the CCP under Xi does not want chaos in the world at all. On the contrary, it wants ultra-stability. The CCP’s slogan now is “stability overrides everything.” That’s why, in the CCP’s budget, the funding for stability maintenance is bigger than that for military spending. How can this possibly lead to a cultural revolution?

When people say Xi is going to stage a cultural revolution, they are just saying that there are some extreme leftist views and practices now, such as worshipping Xi, singing red songs, wearing military uniforms, and brainwashing children with anti-American doctrines. Freedom, democracy, and constitutionalism must not be propagated in the classroom. If a teacher does that, they must be reported and sanctioned. All these were not the essence of the Cultural Revolution. They are simply the manifestation of communist ideology in reality. Many of these practices were initiated spontaneously by the so-called “little-pink reds” (people who have been successfully brainwashed by the Communist Party) who are trying to please the CCP leadership. But these must be carried out under the absolute leadership of the party.

If such actions by the “little-pink reds” adversely affect stability, the Communist Party will not hesitate to stop them. Even if these views are consistent with the CCP’s ideology or are even more radical than that of the CCP, as long as they are not conducive to stability or weaken the official position and policies, the CCP will put them out. Therefore, the CCP, led by Xi, is definitely not going back to the Cultural Revolution today.

This view is wrong. China’s rapid economic growth has created many giant companies, such as Alibaba. These companies can call the shots in the Chinese and world markets, become arrogate, and even poke fun at the CCP! Of course, the CCP cannot accept that. The CCP felt it had to teach these big businesses a lesson so that they would wake up and know who the boss is.

But these huge corporations are new to the CCP, and it is not sure how to control them yet. In the process of learning to control them, the CCP may strike harder or lighter. For example, if the CCP leader is not Xi but another, he may take a lighter hand, but this does not change the essence of the problem. The CCP will not eliminate the private economy but only put it under the absolute control of the party.

Our purpose in clarifying these above misconceptions is to help us to understand the essence of the Communist Party. The essence of the Communist Party is to firmly grasp absolute control of the whole country. In Xi’s words, from east, west, north, to south, from organizations, the government, the military, the people, to the academia, all sectors and trades must be under the absolute leadership of the party. And it does not stop within China; the CCP’s model must be taken to the world to “build a community with a shared future for mankind.” In sum, Xi is carrying out the will of the CCP, and he is the CCP’s Xi. 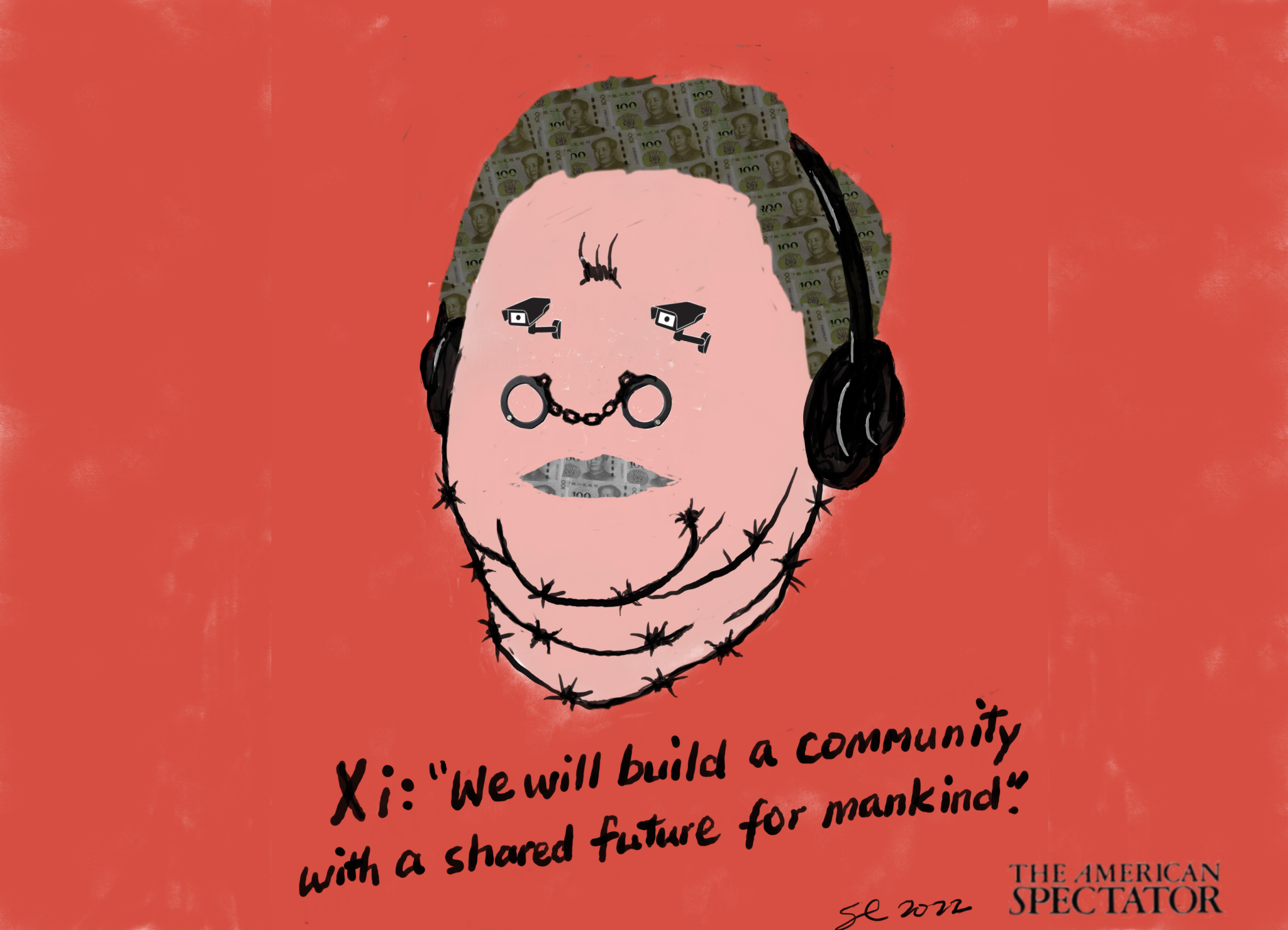 What is the strategic importance of recognizing this essence? For the people living in China, recognition is the first step. The people in China have the most say in how to change China, and it is they who must make a choice. There is one important fact we must be clear about: Under the party-state system, the Chinese people, including the economically affluent middle class and even the billionaires, lack independence because their survival, education, career, wealth, and everything is under the absolute control of the party. This is different from the middle class that emerged in Europe hundreds of years ago, which was able to live and acquire wealth independent from the monarchs, giving them the means and ability to fight for democracy from the kings.

For people living outside of China, especially in democratic countries, recognizing the nature of the CCP is a prerequisite for curbing the influence it exerts in our countries. In the face of the CCP’s expansion, democracies must be able to effectively protect their democratic institutions as well as the international order and the rule of law. To do so, all democracies must take concerted action to say “no” to the CCP. Democracies should recognize that China’s economy needs international markets and that a dictatorship like China’s will exacerbate infighting if it is closed. Therefore, if democracies can work together to force the CCP to abide by the international order and the rule of law, it is possible for China to change.