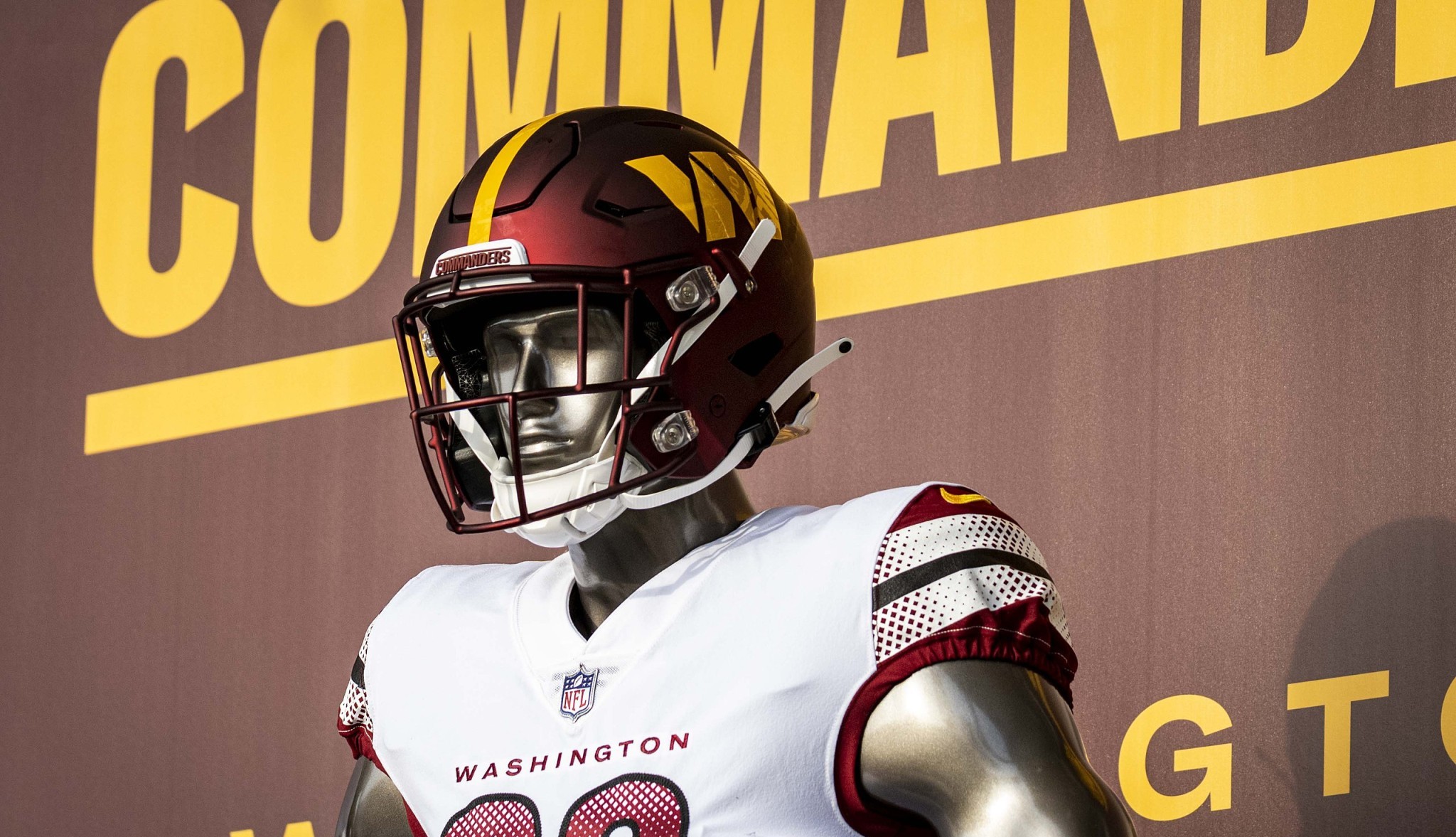 It’s been a month or two since the grand unveiling of the new name for the Washington Football Team, and reaction on the positive side to Washington Commanders has been, basically, meh.

Upbeat comments have come from the usual suspects: the team president, PR flacks, and the D.C. mayor. Beyond people who get paid to plump, however, the praise has been tepid. “I like it,” said one internet commenter. “Sounds auto-generated but everyone will get used to it,” said another. The comment of a digital content creator in Oklahoma, who called it “kind of badass,” is as badass as the encomiums get.

But is it better than the Guardians? Back in November, the woke warriors claimed another triumph, this one on the shores of Lake Erie, and a baseball team that for 107 years was known as the Cleveland Indians and adored as such by millions became the Cleveland Guardians.

The Cleveland baseball team hasn’t won a championship since Bob Feller was in his prime (1948) — the longest current non-championship stretch in Major League Baseball. And now not only is the beloved “Indians” stripped from the name but all the ancillary accoutrements — “the Tribe,” Chief Wahoo — keep it company in the dustbin. Rec rooms in northeastern Ohio will have to be entirely redone. The erstwhile Indians are the Guardians now, based on some art-deco sculptures on a roadway spanning the Cuyahoga River. They’re the Guardians of Traffic. The knees wobble.

We have a posse of self-righteous moralists canvassing the sporting neighborhood looking to be offended and set on changing every name and destroying every sporting allegiance they don’t like.

What is horrible is what the name change does to history, tradition, and common sense. And that it is coming from a rapacious, insatiable quest to purge everything the woke clerisy finds offensive is even more repulsive. One commentator, basking in the nullification of the Indians, wanted more: “When the Cleveland baseball club announced they will change their name, they failed to include an apology for the decades of arrogance and ignorance and racism — even though one is long overdue.”

The other big-league franchises that are holding out — Braves, Chiefs, and Blackhawks — are retreating faster than Willie Mays chasing down a Vic Wertz fly ball. The Braves are trying to downplay their tomahawk chop; the Chiefs ban fans wearing war paint and headdresses at the stadium; the Blackhawks go to great pains to explain that their name derives from an Indian person named Black Hawk. Those virtue-signaling cancellation mobs in the rearview mirrors of these franchises are closer than they appear.

Now, name changes are not by definition bad. In fact, many are the exact opposite. The Fort Wayne Zollner Pistons became the Detroit Pistons. The Chicago Staleys became the Chicago Bears. And the Nebraska Bugeaters became the Nebraska Cornhuskers. There’s a story behind that one that I, a Nebraska fan, don’t mind sharing. Nebraska was the Bugeaters way back when, and Iowa was the Cornhuskers. Iowa decided to change to Hawkeyes, and Nebraska snatched Cornhuskers, which is, in my view, a substantial upgrade.

But all were done voluntarily, in the interest of providing a tonic to the “brand.” Now we have a posse of self-righteous moralists canvassing the sporting neighborhood looking to be offended and set on changing every name and destroying every sporting allegiance they don’t like.

Although accelerated by the George Floyd death and the rise of Black Lives Matter, the nickname purity movement began already in the early 1970s, with Stanford and Dartmouth, both erstwhile Indians. Both are now colors (the Cardinal and the Big Green, respectively). The 1980s saw little further rebranding, but the outrage machine cranked up in the 1990s and served notice on all the other Indians, Redskins, Redmen, Savages, and Warriors in the nickname universe, and even names of particular tribes encompassed within nicknames (Fighting Sioux, for example). While high schools seem less anxious to change names, most of the high-profile colleges and universities have caved and adopted as nicknames animals — a fair few Golden Eagles have issued from this purging — or inanimate objects.

Anything to do with the Confederacy naturally went down as well. The famed Colonel Reb of Ole Miss has been replaced by a cartoonish shark, and UNLV has canceled its “Hey Reb” mascot — but both schools’ sports teams cling to the nickname Rebels. Ditto Colonels. Five colleges have dropped their Confederate-looking mascot but retained the nickname.

Which is better than what has happened to Crusaders. Christian schools have long held that the name represents a positive message of Christian love and outreach. “Crusaders” made it unscathed for 800 years, until 2004, when the elbow-patch crowd at the University of the Incarnate Word decided its Crusader mascot was “inappropriate for its multicultural mission,” according to Wikipedia. Since that time, Crusaders the country-round have been falling on their swords. Many schools have fled not only the world of humans for their new monikers but the biological world altogether. The former Crusaders at Valparaiso University, for example, are now Beacons; at Wheaton, they’re the Thunder; at Evangel University in Springfield, Missouri, they’re the Valor.

There are no limits to how far this purging will go. Already one purist is advocating changing names that connect in some way to “settler” colonialism. Opined he: “Teams with names like the Cowboys, Miners and Vikings also celebrate white settler colonialism. The Buffalo Bills’ identity comes from Buffalo Bill Cody, who used military resources to kill off the bison (‘buffalo’) on the Great Plains, starving American Indians onto reservations. He received accolades for personally killing and scalping Indians.”

Nearly any nickname could be deemed offensive by someone. And if it’s not offensive now, it could be 20, 50, 100 years from now. “Indians” was fine for over 100 years.

This is an example of a radical and screaming minority attempting to silence and nullify the desires of a majority of well-intentioned and basically contented citizens.

Some squawk about the many nicknames yet to be excised, and no doubt the campaign of eradication will continue. Even some schools that simply identify specific tribes in their nicknames — Utah Utes, Central Michigan Chippewas, Florida State Seminoles — had to jump through hoops to receive the NCAA’s blessing.

The goal seems to be to cancel any name or mascot that has anything to do with Native American culture. If the Left succeeds in that, they will be erasing history and radically reducing the exposure of a noble race in modern-day lives.