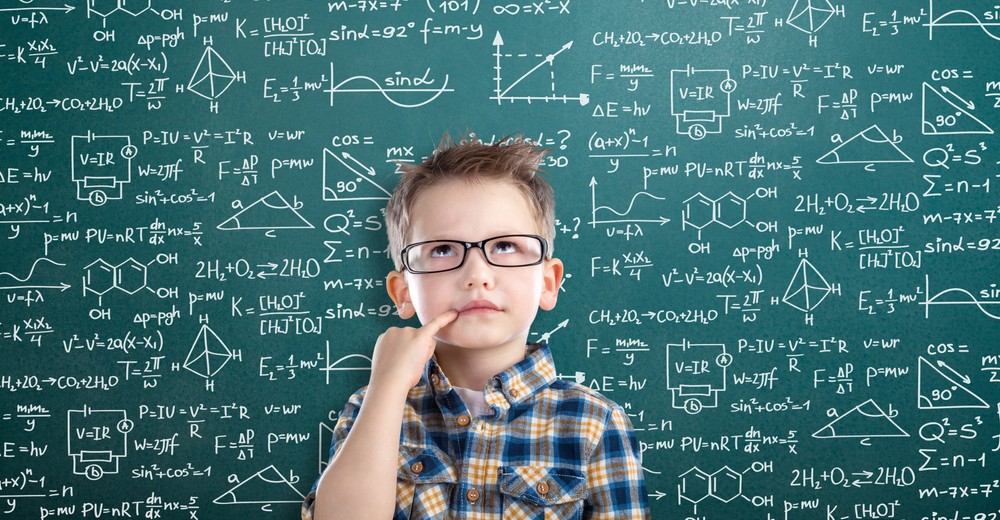 I am usually happiest when, hunkering down in my national security/foreign policy foxhole, I’m able to ignore most of the Left’s insanity. But once in a long while I have to jump out of the foxhole to attack something so outrageously dumb that it’s hard to believe a human, even a liberal, came up with it. The latest instance is the Oregon Department of Education’s (ODE) woke attack on mathematics.

Last week, the ODE promoted through its newsletter a short course called the “Pathway to Math Equity Microcourse.” The “microcourse” is designed for middle school teachers to teach them to use its toolkit for “dismantling racism in mathematics.”

The toolkit, according to a Fox News report, includes a list of ways “white supremacy culture” supposedly “infiltrates math classrooms.” The ones cited include that the “focus is on getting the ‘right’ answer’,” and students are “required to ‘show their work,’ ” which used to be keys to teaching math to grade-schoolers.

Math, and the other sciences, are — and must be — above and separate from politics.

The toolkit says that “The concept of mathematics being purely objective is unequivocally false, and teaching it is even much less so.” It adds that “Upholding the idea that there are always right and wrong answers perpetuate objectivity as well as fear of open conflict.”

Objectivity must be banned because its exercise disproves what the wokeist whackos are saying.

The toolkit encourages teachers not to focus on students getting the “right” answer but to come up with more than one answer to questions that are “equally right,” as if that were, ahem, mathematically possible. It also encourages teachers to adopt its guidelines to help “identify and challenge the ways that math is used to uphold capitalist, imperialist, and racist views.”

These loathsome ideas are a path to miseducation that will diminish Americans’ personal competence. Children won’t learn, and teachers — many of whom probably aren’t competent to teach elementary school math — are thus encouraged to be incompetent. Why learn math when you can teach personal politics instead?

Functioning adults are supposed to be able to perform the simple arithmetic required to balance a checkbook. There’s no second answer that is equally right; the checkbook balances with what your monthly bank statement says or it doesn’t.

If you can’t multiply the correct factors, you can’t convert miles to kilometers, kilograms to pounds, or degrees Centigrade to Fahrenheit (which also requires subtraction). You can’t travel overseas, cook using online recipes, or generally function like a grownup.

So much in life is a matter of feeling, belief, and judgment. In law, love, politics, and business, there’s little that’s clearly right or wrong. But there’s nothing in life clearer than math because it is objective: right and wrong are provable, usually with considerable ease.

Math, and the other sciences, are — and must be — above and separate from politics. Math and science don’t care what you believe. Their principles are immutable.

The woke idiocy that claims that mathematics is not objective was best addressed by British philosopher and mathematician Bertrand Russell:

Mathematics, rightly viewed, possesses not only truth, but supreme beauty — a beauty cold and austere, like that of sculpture, without appeal to any part of our weaker nature, without the gorgeous trappings of painting or music, yet sublimely pure, and capable of a stern perfection such as only the greatest art can show.

The history of mathematics proves the correctness of Russell’s statement and the inanity of the woke attack on mathematics.

For example, the ancient Greek mathematician Pythagoras, born in about 580 B.C., derived the Pythagorean equation, which is probably the most-often proved equation in math. It says that the sums of the squares of the sides of a right triangle are equal the square of the hypotenuse: a2 + b2 = c2. Without it, we would be unable to do things of little importance such as building houses. (Please note that Pythagoras lived more than a thousand years before Islam came into being, which shoots down the idea that Muslims invented algebra.)

Contrary to the ODE’s “microcourse” guidelines, there is nothing racist, capitalist, or imperialist about any mathematical calculation. Pythagoras’s equation works equally well for Greeks, Americans, Russians, North Koreans, and Iranians regardless of their race or gender. It even works for the French.

School children miseducated under the ODE’s guidelines can never become engineers or scientists because they will be deprived of the judgment and ability to perform the calculations that engineering and science require. They won’t be admitted to engineering or science universities because they won’t be able to pass the school’s admissions criteria.

Engineers spend countless hours calculating how to design cars, aircraft, spacecraft, microchips, and pretty much everything else that makes the world go. If their calculations are not objectively — i.e., mathematically — correct, tractors can’t function to plant and harvest the foods we depend on to live. American math, science, and engineering feeds a large portion of the world.

Scientists apply mathematics in everything they do. “Simple” Newtonian physics, which a professor of fond memory tried to teach me during my freshman year in college, depends on calculations such as the relationship between the force required to move an object to its mass and its acceleration or deceleration: F=ma. Force equals mass times acceleration, in which acceleration is a vector, directing the object’s path.

Newton’s laws, like the laws of mathematics, are not debatable. Their laws are the same wherever you go, and bad things happen when you try to break them.

If you’re not a scientist or an engineer, you don’t need calculus or trigonometry to perform your job or get through the day. I haven’t used calculus since I graduated from college. But understanding how basic mathematics works benefits everyone who does because it teaches logical thinking.

Mathematics provides the tools on which civilization depends.

It’s simply stupid to argue that it can be racist or ideological and destructive to teach that idea to kids. Even the hyperliberals of Oregon need to understand that.