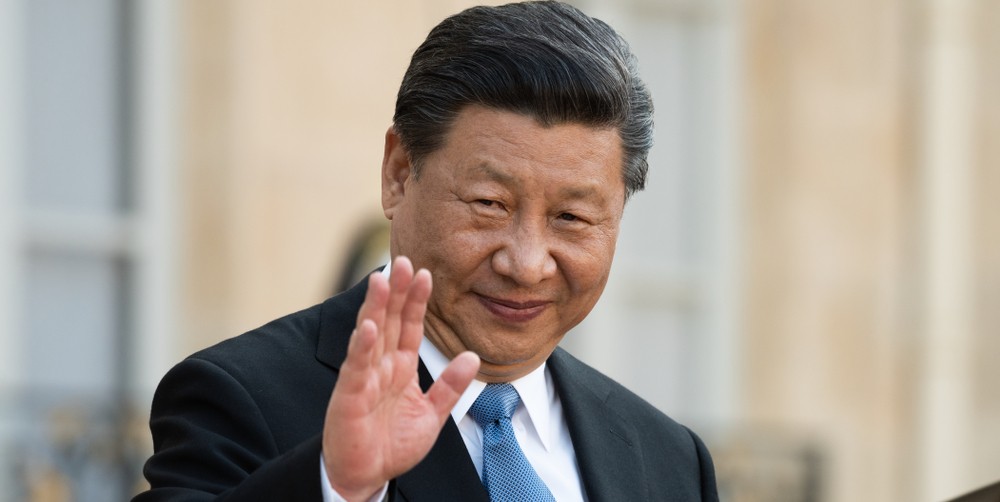 Biden, briefing reporters on the Wednesday call, said, “Last night, I was on the phone for two straight hours with Xi Jinping. They’re investing billions of dollars in dealing with a whole range of issues that deal with transportation, the environment, and a whole range of other things. So, we just have to step up.” He added, “We don’t get moving, they’re going to eat our lunch.”

But for the fact that he’s president — given his track record of having been wrong on every defense and foreign policy issue for almost five decades — it would be easy to ignore his assessment of China. This is a man who said in 2019, “China is going to eat our lunch? Come on, man.” He added, “I mean, you know, they’re not bad folks, folks. But guess what? They’re not competition for us.” Despite the difficulty of being wrong on both occasions Biden managed it.

But “climate change” is probably the last priority for China while it is spending far greater sums on its military and cyberwar capabilities. Xi was clearly trying to gull Biden into some sort of race to reduce greenhouse gas emissions so that we could strangle our economy while China doesn’t do the same to its own. China may well be trying to reduce pollution — Beijing is infamous for its barely breathable brown air — but how much it is really doing remains to be seen.

Biden apparently wants to be known as the “climate change president.” If Xi can increase Biden’s desire to make climate change his top priority for legislation and regulation (which seems altogether likely in any event) China will be greatly advantaged by Biden’s concomitant reductions in spending on the U.S. military and intelligence communities.

To say that Biden is soft on China only proves the speaker’s command of the obvious. As I wrote last week, Biden has proved incapable of relating domestic policy to national security. His revocation of Trump’s executive order that would have prevented nations such as China from selling us computer equipment to manage our power grid enables China to sell its equipment here and, through cyberattacks, control our supply of electricity.

Last week, Biden canceled the Trump order that would have required colleges and universities to report if they had relationships with China’s “Confucius Institutes,” which spread Chinese propaganda and work to change school curricula to favor China.

To his credit, Biden is attempting to strengthen the Quadrilateral Security Dialogue — the Quad nations, comprised of the U.S., India, Japan, and Australia — which aims to counter Chinese power in the Indo-Pacific region. An online meeting of those nations’ leaders is reportedly being planned. On January 30, National Security Adviser Jake Sullivan said, “we really want to carry forward and build on that format, that mechanism, which we see as fundamental, a foundation upon which to build substantial American policy in the Indo-Pacific.” Whether Biden will do more than meet with those nations’ leaders remains to be seen.

Beijing, meanwhile, has flown its aircraft into Taiwanese airspace, continues the oppression of its Muslim Uighur population (which the Trump administration labeled “genocide”), recently prohibited the BBC from broadcasting in its nation, and continues to protest U.S. Navy freedom of navigation exercises in the South China Sea, which it claims as its own.

In his State Department speech on foreign policy, Biden said we would “push back on China’s attack on human rights.” But what does that mean for the more than one million Chinese Uighurs who have been forced into camps where they are reportedly tortured, women are raped and forcibly sterilized?

Biden’s policy approach toward China, so far, is entirely muddled. His approach to Iran — which he is trying to bribe into some pretense of compliance with the 2015 Obama nuclear weapons deal with them — is another confusion of ideas.

Unfortunately, Biden’s concentration on talks with our enemies has been accompanied by his ignoring some of our most important allies.

Biden, like Obama, has a personal dislike for Israeli Prime Minister Benjamin Netanyahu. He has ignored Netanyahu instead of reaching out to him with a telephone call as he has with Xi and Russian President Vladimir Putin. During a press briefing last week, Biden’s press secretary, Jen Psaki, ducked the question of whether Israel was even an important ally.

Regarding China, the best thing Biden can do is to put real American strength behind the Quad Nations’ nascent alliance. Late last year, China and Russia conducted a major naval exercise in the Indian Ocean. India is a reluctant partner in the Quad Nations because it is the only one of the Quad countries that shares a border with China.

The best demonstration of Biden’s commitment to the Quad alliance would be for us to take the lead role in a similar exercise by all of the Quad nations in the Pacific off Japan. Locating the exercise there, rather in the Indian Ocean, might induce India’s participation.

China’s “wolf diplomacy,” which is characterized by harsh and offensive words employed by Chinese diplomats, is a better barometer of China’s intentions than Biden’s conversation with Xi. It’s a big problem for Biden because that “wolf” approach — aimed at all of China’s opponents including the other members of the Quad — is entirely inconsistent with Xi’s pretense of friendship with Biden.

Biden will talk and talk and not do anything to seriously oppose China, and, for the foreseeable future, Xi — along with Putin, Khamenei, and others — will eat Biden’s lunch whenever they like.