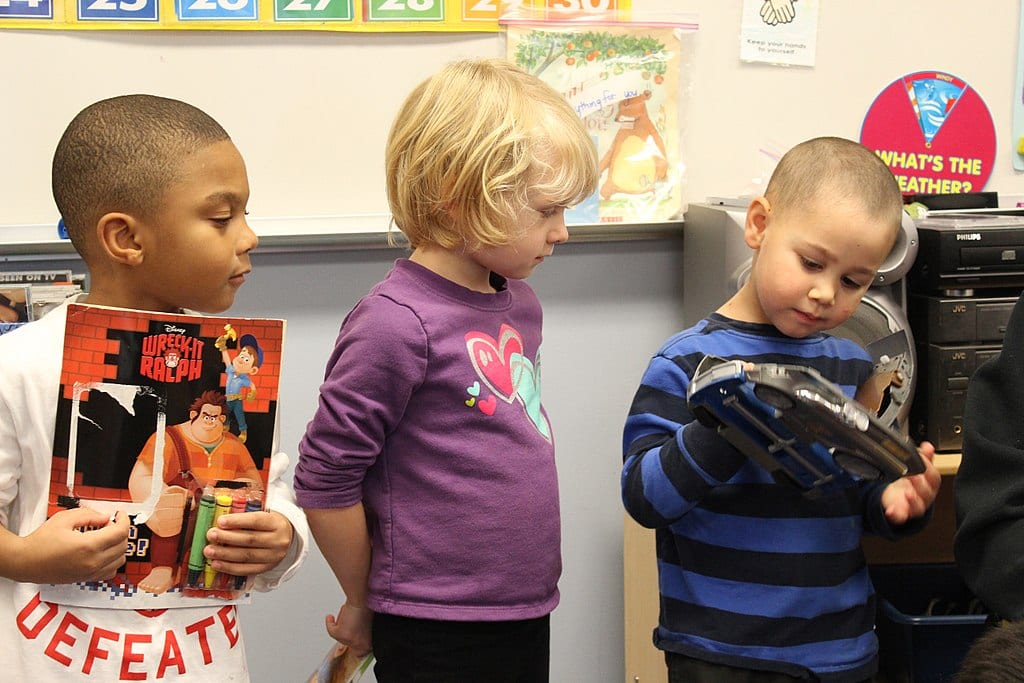 On the theory that more government programs can solve any public-education problem, bipartisan policymakers have embraced government-funded pre-K programs as the current fix. The federal Every Student Succeeds Act dangles multiple incentives, including new Preschool Development Grants, to coax states into taking more young children from their families and enrolling them in government preschool. Advocates claim the $7.6 billion spent on state pre-K programs will result in improved academic achievement and a multitude of societal benefits.

But a new study from the center-left think tank Brookings douses these claims with a splash of reality. The Brookings study analyzed each state’s level of enrollment in its government pre-K program and correlated that enrollment with scores, five years later, of the state’s fourth-graders on the National Assessment of Educational Progress (NAEP). The conclusion: “[I]ncreased investment in state pre-K… does not enhance student achievement meaningfully, if at all.”

The only positive correlation found between pre-K participation and later NAEP scores was a statistically insignificant association when the scores were adjusted for different demographics within states. Brookings found no association between general NAEP performance and having attended government-run pre-K, and no correlation between increases in pre-K-enrollment levels and increases in later NAEP scores.

“Under the most favorable scenario for state pre-K that can be constructed from these data,” the study concluded, “increasing pre-K enrollment by 10 percent would raise a state’s adjusted NAEP scores by a little less than one point five years later and have no influence on the unadjusted NAEP scores.”

This dismal report is hardly surprising. The author of the Tennessee study, Dr. Dale Farran, had said in a 2016 Brookings paper that despite 50 years of experience, research does not support the proposition that expanding pre-K will improve later achievement for low-income children.

These papers added to a long list of studies discussed in the Federalist that outlines “government preschool programs’ practically insignificant improvements, fadeout of beneficial effects, their academic and emotional harm… and researchers’ and advocates’ frank agreement with Farran that labeling preschool programs as ‘high quality’ does not correlate with any evidence of improved lives or academic performance, including in studies of Head Start.”

The documented emotional harm of preschool deserves special focus. Twelve of approximately 30 studies linked above discuss declines in social emotional learning (SEL) dispositions after pre-K involvement. Because SEL is now presented as a magic bullet in improving academic and life outcomes, especially in low-income preschool children, and because preschool has been heavily laden with SEL standards and interventions for decades, it’s tragically ironic that research shows this significant emotional harm to preschool children. So much for the paeans to SEL.

As evidence mounts against government pre-K, can we expect to see funding dry up? Not likely. The federal government has known about the uselessness of Head Start for literally decades, but has routinely increased spending on that sorry program. For the 2019 budget cycle, both congressional appropriations committees blindly increased Head Start funding by $50-250 million — above the 2018 budget’s absurd $610 million increase.

Remember Head Start and other government pre-K programs when politicians argue for increased collection of sensitive data on citizens, and swapping that data among federal agencies, in the name of building “evidence” to determine “what works.” This is what the bipartisan Foundations for Evidence-Based Policymaking Act will supposedly accomplish. Behold, our cup runneth over with evidence that government preschool is ineffective and harmful. We’ll consider giving the government more data when we have evidence the government will pay any attention to it. In the meantime, parents, keep your kids out of government preschool.

Jane Robbins is a senior fellow at American Principles Project. Dr. Karen Effrem is trained as a pediatrician and serves as president of Education Liberty Watch.