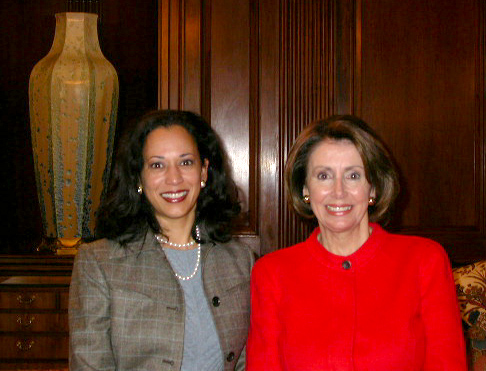 “Perhaps the deepest and most troubling mystery of Kamala Harris’s tenure as a prosecutor centers on the disturbing issue of sexual abuse of children by priests,” writes Peter Schweizer in Profiles in Corruption. “During her decade-and-a-half tenure as a chief prosecutor, Harris would fail to prosecute a single case of priest abuse and her office would strangely hide vital records on abuses that had occurred despite the protests of victim groups.”

This record gives Catholics one more reason to vote for Trump. Like Biden, Harris is a scourge of good Catholics and a protector of bad ones.

As a senator, Harris has inveighed against those who protect “predators.” So what explains her soft-on-abuse record as district attorney of San Francisco and attorney general of California?

One might have thought Harris, whose anti-Catholic instincts led her as a senator to harass a Trump judicial nominee for nothing more than membership in the Knights of Columbus, would have enjoyed prosecuting the Church for sexual abuse. But she didn’t.

Schweizer thinks her hands-off approach was due to the political debts she owed powerful Catholics in the Bay Area for helping her win the district attorney’s seat in San Francisco. Her predecessor and opponent in that race, Vincent Hallinan, had been pursuing abuse cases against the Church. Catholics afraid of his investigations backed Kamala Harris in the race:

The records that Hallinan had in his possession touched on well-connected institutions at the heart of California’s power structure. St. Ignatius College Preparatory School, in the Archdiocese of San Francisco, counted California governor Jerry Brown and the powerful Getty family as alumni. The school faced enormous vulnerabilities because of abuse problems there. Based on documents later released by the Jesuits who ran St. Ignatius, in the nearly sixty-year span from 1923 to 1982, in forty-three of those years the school employed at least one priest on the faculty who was later accused of abuse.

The Catholic archdiocese in San Francisco had reason to be extremely nervous:

According to San Francisco election financial disclosures, high-dollar donations to Harris’s campaign began to roll in from those connected to the Catholic Church institutional hierarchy. Harris had no particular ties to the Catholic Church or Catholic organizations, but the money still came in large, unprecedented sums.

Harris received money from Church fixer Joseph Russoniello and the law firm Cooley Godward, where he served as partner. Harris tapped Russoniello for her advisory board. “Another law firm,” writes Schweizer, “Bingham McCutcheon, which handled legal matters for the archdiocese concerning Catholic Charities, donated $2,825, the maximum allowed.” Arguedas, Cassman & Headley, which was representing a priest in an abuse case at the time, also donated $4,550 to Harris. “The lawyer in the case, Cristina Arguedas, also served on Kamala Harris’s advisory council,” Schweizer writes.

Harris received money as well from Catholic board members of various organizations in the Bay Area and their family members totaling $50,950.

After Hallinan lost to Harris, the “fate of the investigation into Catholic priest abuse would dramatically change — and not for the better,” according to Schweizer. Harris quickly buried Hallinan’s abuse investigations: “Harris, who had been a sexual crimes prosecutor early in her career, moved in the opposite direction of Hallinan and worked to cover up the records.”

Harris cited protection of victims as her reason for not disclosing the records Hallinan had collected, but victims’ groups dismissed that reason out of hand.

“Victims’ groups wanted the documents released and Harris was stopping it. They were outraged by her actions. Far from protecting victims, they argued, the cover-up was actually protecting the abusers by keeping their alleged crimes secret,” Schweizer writes. “ ‘They’re full of s–t,’ said Joey Piscitelli, the northwest regional director of Survivor Network of Those Abused by Priests (SNAP), the largest and most active victims’ group. ‘You can quote me on that. They’re not protecting the victims.’ ”

She somehow served as San Francisco district attorney from 2004-2011, and then as California attorney general from 2011 to 2017, and never brought a single documented case forward against an abusive priest. It is an astonishing display of inaction, given the number of cases brought in other parts of the country. To put this lack of action in perspective, at least fifty other cities charged priests in sexual abuse cases during her tenure as San Francisco district attorney. San Francisco is conspicuous by its absence.

This record gives Catholics one more reason to vote for Trump. Like Biden, Harris is a scourge of good Catholics and a protector of bad ones. Biden has promised to renew Obama’s harassment of the Little Sisters of the Poor. Yet he is running with a former prosecutor who wouldn’t prosecute molesting priests? Such are the perverse priorities of today’s Democrats.

Under a Biden–Harris administration, the suppression of religious freedom would become routine. Both Biden and Harris subscribe to the view that whenever religious freedom conflicts with the goals of liberalism, particularly in the area of LGBTQ and abortion rights, the government has a right to squelch it. Biden has emphasized the limits of religious freedom in light of liberalism’s imperatives. Harris has said that mere membership in a pro-life Catholic organization should disqualify one for service on the judicial bench. Writing to him as if he was a member of a terrorist group, Harris demanded to know of Trump judicial nominee Brian Buescher, “Were you aware that the Knights of Columbus opposed a woman’s right to choose when you joined the organization?”

Where was that aggressiveness against abusive priests? This is a question Harris will have to answer in coming days.