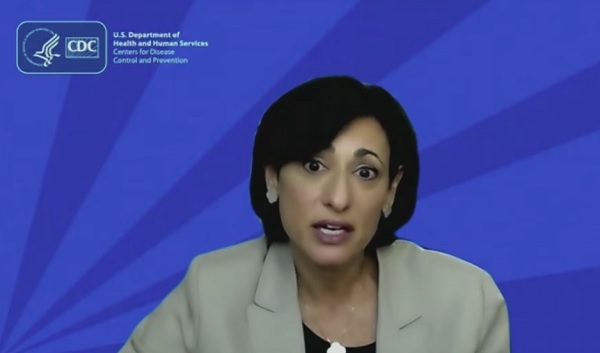 The Centers for Disease Control morphed into the Centers for Rent Control this past year. If you cannot crush a virus, then you can at least crush landlords.

Director Rochelle Walensky this week ordered a two-month suspension in evictions for renters who refuse to pay landlords. This follows the unfunded mandates dropped upon the backs of landlords by the bureaucratic agency dating back to September that expired at the end of July.

One line of the bizarre, byzantine order states, “This Order does not relieve any individual of any obligation to pay rent, make a housing payment, or comply with any other obligation that the individual may have under a tenancy, lease, or similar contract.” A few lines later, the order reads: “Any evictions for nonpayment of rent prior to issuance of this Order but not yet completed, are subject to this order.” Get that? The CDC does not absolve renters from paying their landlords; it just removes the only real mechanism available to deedholders to compel tenants to fulfill obligations.

The head-scratching translation from Weaselese and Legalese to King’s English seems the least of the edict’s problems.

Walensky states throughout that her decree applies only to areas exhibiting “high” or “substantial” transmission rates of Covid. In a footnote, the reader discovers, by use of mathematics and external data, that “substantial” and “high” refer to the places where almost everyone in the United States lives. The CDC classifies 83 percent of U.S. counties under the “substantial” or “high” designation. Given that every major population center meets the benchmark for at least “substantial” transmission rates, more than nine in ten Americans falls under Walensky’s “law.”

May we call it a Lawensky — an unelected official’s wish identifying as a bill signed into law by the president — instead?

The head of the CDC assumes the right to issue fines, which go well into the six figures, and outline sentences for up to a year in jail, for violators of her ukase. In other words, she criminalizes reasonable behavior, i.e., evicting a deadbeat renter, and encourages criminal behavior, i.e., cheating one out of contractually-agreed upon rent.

What punishment awaits usurpers who dictate to the governed without their consent? Surely replacing the republican form of government used here for nearly a quarter millennium with a dictatorship, even a doctor-dictatorship, merits a greater sentence than the one meted out for dislodging a squatter.

The Founders offered a clear distinction between a law and a Lawensky in Article 1, Section 1 — the first line of the Constitution following the preamble — in which the document states: “All legislative Powers herein granted shall be vested in a Congress of the United States.” Article 4, Section 4, announces: “The United States shall guarantee to every State in this Union a Republican Form of Government.” The Bill of Rights, in ways indirect (The right of the people to be secure in their homes? Takings? Involuntary servitude?) and direct (“The powers not delegated to the United States by the Constitution, nor prohibited by it to the States, are reserved to the States respectively, or to the people”), frowns upon the idea of one person — even one person with a degree from Harvard — making the rules for over 300,000,000 people.

The head-scratching translation from Weaselese and Legalese to King’s English seems the least of the edict’s problems.

Process shows Walensky’s edict as illegitimate. Justice shows it as evil. Walensky points to billions in assistance doled out by the federal government to mitigate the suffering of property owners. But many landlords have not seen one dime. Buddy Shoup, a North Carolina landlord, told Fox News of losing $24,000 in rents as one deadbeat tenant bought three boats and succeeded in his demand for $4,500 in air conditioning repairs over the course of the eviction moratorium.

Walensky cites an obscure and constitutionally dubious part of the federal code that states that the CDC “may take such measures to prevent such spread of the diseases as he/she deems reasonably necessary, including inspection, fumigation, disinfection, sanitation, pest extermination, and destruction of animals or articles believed to be sources of infection.” But living rent-free does not even tangentially pertain to COVID and Congress does not possess the right to outsource its responsibilities. It recalls San Francisco’s Emperor Norton or that bearded dictator in Bananas declaring the official language of San Marcos as Swedish and ordering citizens to change their underwear every half hour — “underwear will be worn on the outside, so that we can check.” At least that fictional guy ran the government. Walensky runs the CDC.

Judges grasp how this will fall apart if they let this stand. A municipal court in Cincinnati ruled Thursday that the CDC’s order had “no binding authority in Hamilton County.” Tennessee’s court system called the order “not applicable” there. Both cite an earlier decision by the Sixth U.S. Circuit Court of Appeals. The nation awaits the Supreme Court weighing in on whether people who do not pay to use, let alone own, property should enjoy rights above those of the deed-holder and whether one woman can bypass the legislative process and make law for everyone.

Until then, by the power not vested in me, I hereby order everybody to ignore this crank. My authority to issue proclamations binding upon my fellow countrymen, after all, derive as much from the Constitution as Walensky’s.