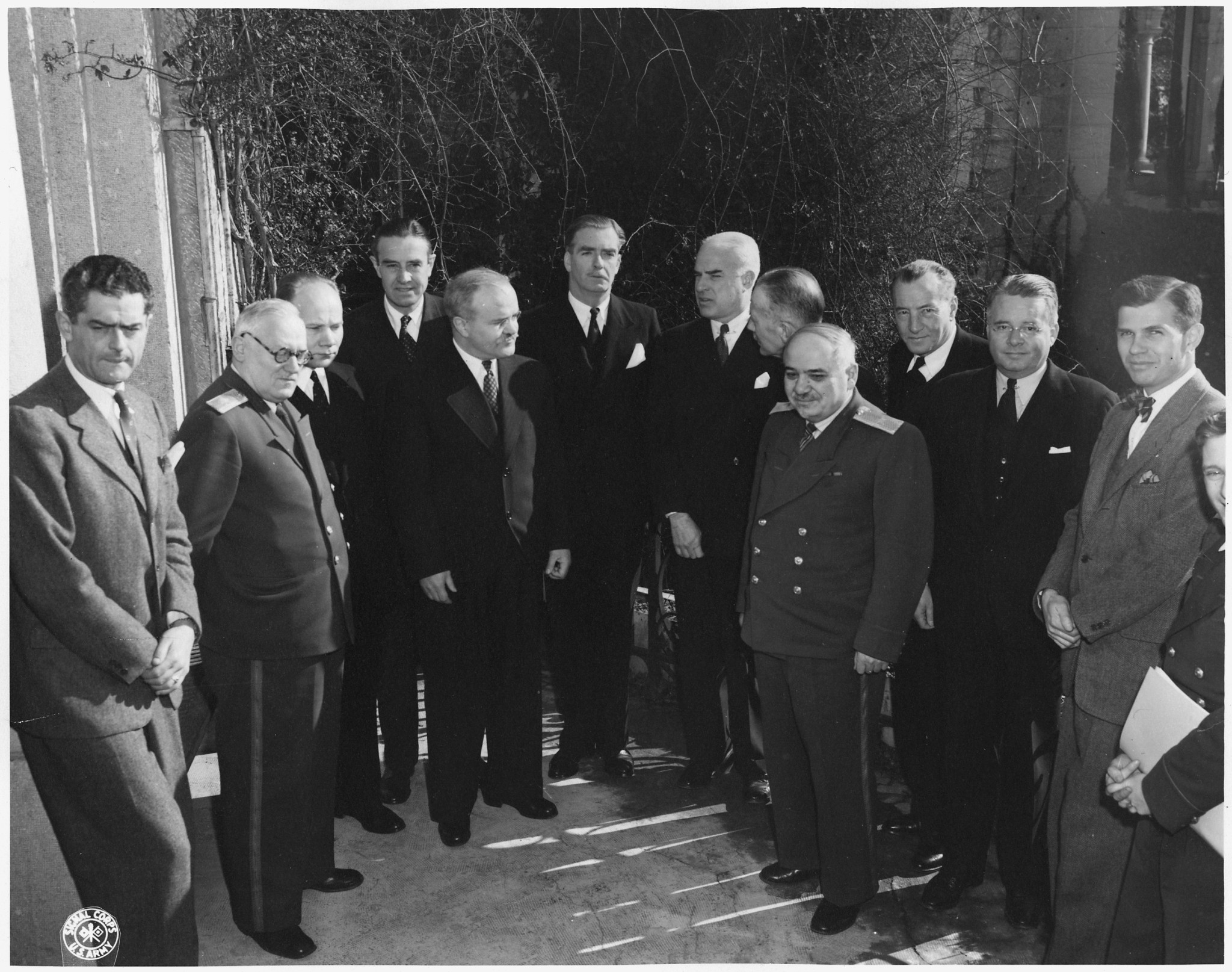 In January 1950, former Assistant Secretary of State Alger Hiss was convicted of two counts of perjury for denying in testimony to a grand jury that he provided State Department and other government documents to Whittaker Chambers and for denying that he saw Chambers after January 1, 1937. Hiss was sentenced to five years in prison. After the trial, Chambers, whose testimony helped to convict Hiss, retreated to his Westminster, Maryland, farm and wrote Witness, one of the seminal books of the 20th century. Witness was first published in 1952, and it is still in print.

The year 2022 will, therefore, mark the 70th anniversary of the publication of Witness. Chambers’ book was part autobiography and part a tale of the Hiss case. But it was so much more. In Witness, Chambers identified the fundamental conflict of visions that the Hiss case represented, and he explained the nature of the conflict in the book’s Foreword in the form of a letter to his children. More about that later.

Born in Philadelphia, Pennsylvania, on April 1, 1901, Chambers spent most of his early years in Brooklyn and Long Island. After attending high school, Chambers enrolled at Columbia College in 1921 and during his years there wrote for and edited the Morningside, a literary journal. He dropped out of Columbia in his senior year and began his epic intellectual and personal journey into the international communist movement. Sam Tanenhaus in his biography of Chambers explained that Chambers “had found a new intellectual passion, bolshevism.”

Chambers’ initial contributions to the communist movement were literary. He wrote for the Daily Worker and the New Masses, and several of those articles are included in Terry Teachout’s book Ghosts on the Roof, an edited selection of Chambers’ journalism. Beginning in 1932 and continuing until 1938, Chambers joined the communist underground in the United States, where he acted as a courier for U.S. government documents that were supplied to him by communist agents, including Alger Hiss.

Chambers in the letter to his children described the conflict between freedom and communism as a “total crisis — religious, moral, intellectual, social, political, economic.”

Sometime in 1938, in the midst of the Stalinist purges, Chambers left the communist movement and took with him a cache of documents that had been supplied to him by Hiss and others. Years later, after he bought his Westminster farm, Chambers secreted those documents into a hollowed-out pumpkin on his farm for safekeeping. In September 1939, Chambers, who had joined the staff of Time magazine, accompanied by anti-communist writer Isaac Don Levine, met with Adolf Berle of the State Department and detailed his knowledge of the communist underground apparatus in Washington. Chambers identified Hiss, Harry Dexter White (who was Assistant Secretary of the Treasury), Lauchlin Currie (who became a member of President Roosevelt’s White House staff), and numerous others as communist operatives or agents of influence within the U.S. government. Chambers’ information was ignored by the Roosevelt administration.

Meanwhile at Time, Chambers rose to the position of foreign news editor, where he frequently battled with Time reporters, often rewriting their articles to reflect a more negative view of our wartime ally, the Soviet Union. Chambers at times transformed pro-communist stories into anti-communist ones, leading some Time correspondents to complain to Time’s owner, Henry Luce. After the Yalta summit in early 1945, Chambers wrote a controversial article for Time entitled “The Ghosts on the Roof,” in which he had the ghosts of Nicholas II and Alexandra descend onto the roof of the Livadia Palace, where the “Big Three” (Stalin, FDR, and Churchill) met to decide the structure of the postwar world. The Romanov ghosts praised Stalin for outwitting his democratic allies.

Three years later, Chambers testified before the House Un-American Activities Committee (HUAC) and identified Alger Hiss (then president of the Carnegie Endowment for International Peace, he also had been with FDR at Yalta) as having been a member of the communist underground in the 1930s. Chambers would subsequently accuse Hiss of supplying classified government documents to him for transfer to Soviet intelligence. And in dramatic fashion, Chambers led federal investigators to the hollowed-out pumpkin to retrieve the classified documents (known thereafter as the “pumpkin papers”) that Hiss and others had supplied to him. Chambers’ greatest champion in Congress was a young representative from California named Richard Nixon.

The first Hiss trial ended in a hung jury (8-4 for conviction). The second trial resulted in Hiss’ conviction and prison sentence. The jury’s verdict was confirmed by subsequent revelations of the Venona Project (U.S. Army signals intelligence that intercepted cables between Moscow and its agents in the United States), as well as Allen Weinstein’s book Perjury.

But even more important than the Hiss trial and Chambers’ exposure of the extent of communist infiltration of the government was Witness. In his letter to his children, Chambers told them that Witness “is a terrible book.” “It is terrible,” he wrote, “in what it tells about men … and is more terrible in what it tells about the world in which you live.” He told his children that the Hiss case was “a tragedy of history,” but it was more than human tragedy. The Hiss case, he explained, was a trial of “the two irreconcilable faiths of our time — Communism and Freedom.” And that struggle, that trial, he wrote, “can end only in the destruction of one or both of the contending forces.”

Chambers told his children that he was a witness, not just against Alger Hiss, but a witness for his faith. He was a man “whose life and faith are so completely one that when the challenge comes to step out and testify for his faith, he does so, disregarding all risks, accepting all consequences.”

Chambers by publicly identifying Hiss and the communist infiltration of our government, exposed himself to ridicule, smears, slander, vilification, and worse because Hiss was a member in good standing of the Washington establishment. Hiss had attended Johns Hopkins University and Harvard Law School. He had clerked for a U.S. Supreme Court Justice. He had worked to further the New Deal at the Agriculture and Justice Departments and served as Assistant Secretary of State and as temporary secretary-general of the United Nations. All the “right people” sided with Hiss in the case, including President Truman and Secretary of State Dean Acheson. As Leslie Fielder pointed out in Commentary, the people in support of Hiss constituted “an elite corps … of the New Deal, distinguished civil servants and honored judges, [and] it seemed as if the whole movement that from 1932 on had swept the country … was staking its very reputation on the innocence of this single man.” They tried to ruin Chambers. The Hiss forces, to use today’s terminology, attempted to “cancel” Chambers.

Chambers in the letter to his children described the conflict as a “total crisis — religious, moral, intellectual, social, political, economic.” It is a crisis involving the whole world and the outcome of the struggle was very much in doubt. (In fact, when Chambers broke with communism he told his wife that they were joining the losing side.) He told them that communism profoundly appeals to the human mind and that very educated men become communists for “moral reasons.” They believe it is necessary to change the world. Communism, he wrote, is “man’s second oldest faith. It’s promise was whispered in the first days of the Creation under the Tree of Knowledge of Good and Evil: ‘Ye shall be as gods.’ ” The communist vision, he explained, “is the vision of Man without God.” Chambers continued,

And that vision, Chambers wrote, “is shared by millions who are not Communists” — people who in today’s world call themselves “progressives.” They have substituted faith in Man — in reason, science, technology — for faith in God. As Hilton Kramer noted in 1988, “over the whole of our cultural and intellectual life today there reigns an atmosphere that is deeply inimical not only to Chambers’ ideas but to his moral gravity — the sense he had that it was not only our political future but our whole civilization that was at stake in the momentous issues he lived through and wrote about so eloquently.” That is even more true today.

The bulk of Witness is devoted to an autobiographical account of Chambers’ upbringing, education, drift toward communism, work in the underground apparatus, break with communism, years at Time, and the Hiss case. It combines the attributes of a spy novel and courtroom drama. Chambers writes with unfailing introspection, clarity, and vividness. As John P. Marquand wrote when the book was published, “The book was not written as literature, but literature it is of a high order.” Granville Hicks noted that Chambers “has looked into himself more deeply and more truly than any man of our times,” and he characterized Witness as “a testimony to the spirit of man.” When Chambers died in 1961, Arthur Koestler remarked, “The witness is dead; his testimony stands.”

Seventy years later, the outcome of the conflict Chambers identified is still in doubt. Sure, the Soviet-communist empire collapsed in 1989–91, but the Chinese Communist Party poses perhaps an even greater external threat to our way of life in the 21st century. Closer to home, the “progressive” religion of reason, science, and technology reigns in our government, media, academic, and cultural institutions (indeed, even in some of our religious institutions), while traditional religions continue to decline. What Chambers described as “the vision of man’s mind displacing God as the creative intelligence of the world” is winning. (READ MORE from Francis P. Sempa: Learning the Wrong Lessons of the Cold War)

At the end of his letter to his children, Chambers told them that in Witness he is leading them to Golgotha — the site of Christ’s crucifixion. There, they will understand that “life is pain, that each of us hangs always upon the cross of himself,” and that this is true of all people. In the book’s concluding chapter, Chambers wrote that he wanted his children and their generation to understand the existence of evil in the world and that “evil is not something that can be condescended to, waved aside or smiled away…. Evil can only be fought.”