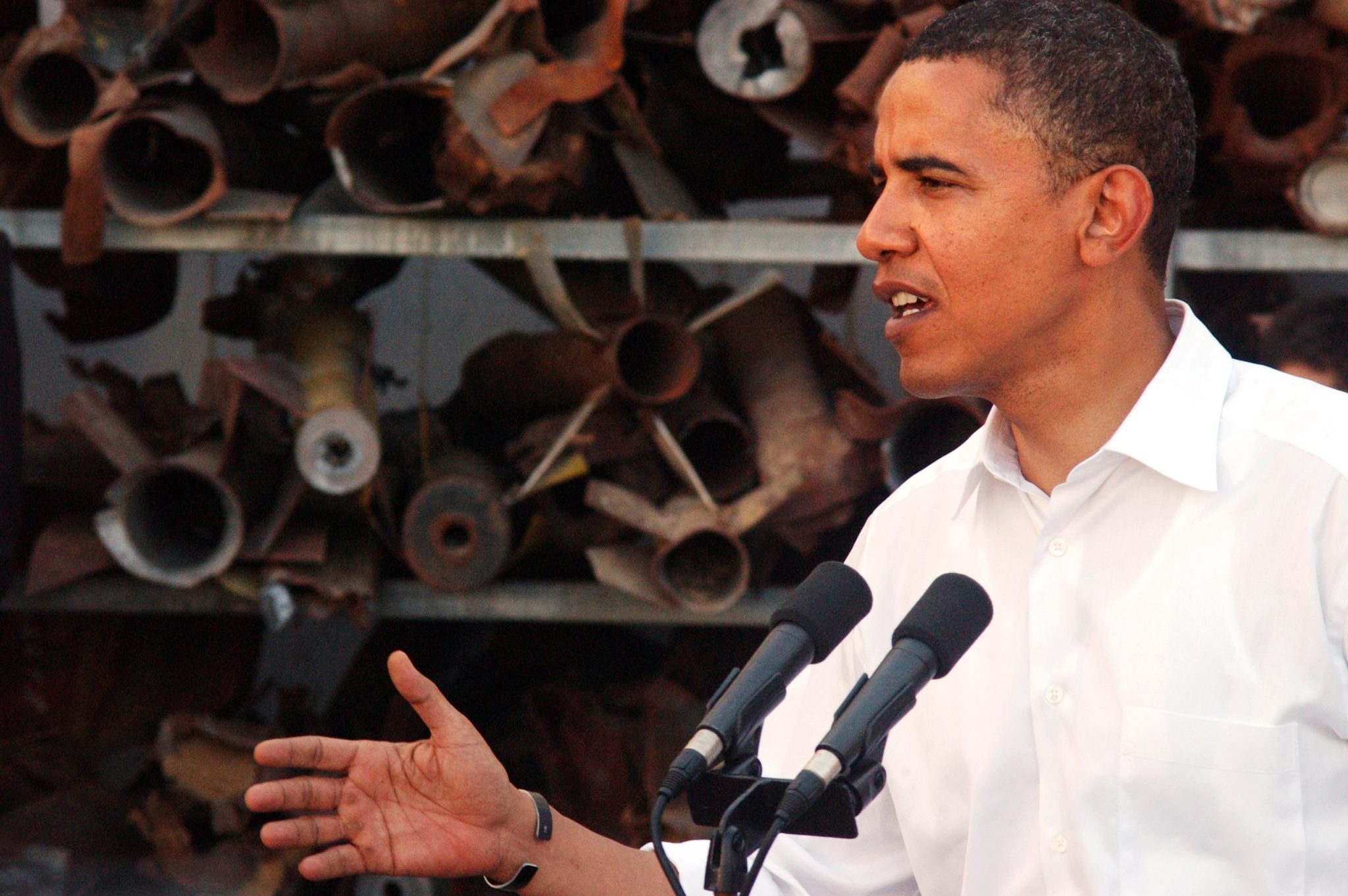 Hours after Qassem Soleimani was killed in a drone strike in Iraq, #WWIII was trending on Twitter. Many Americans, including America’s moral conscience Colin Kaepernick, took to social media to vent their outrage and apprehension at America’s militaristic imperialism. By now, the pattern should be apparent to everyone. Bill Clinton’s bombing campaigns in the Balkans earned some headlines, but no one was waxing apocalyptic. But when George W. Bush launched a war against Iraq, it was met with marches and protests all over the globe. Further, it received relentless criticism in the mainstream media and popular culture. Ironically, these forms of resistance likely made the war harder to win and thus extended the duration and brutality of the hostilities.

Barack Obama was elected in large part to end the War on Terror, but once in the seat of power, he found that it wasn’t so simple. He expanded our presence in Afghanistan, a move that met with much opposition, but nothing remotely approaching the scale of the fury that had been directed at the Bush administration. Nevertheless, a lasting part of Obama’s legacy is his widespread implementation of drone warfare, typically without respect to international borders, civilian lives, or congressional input. Indeed, an American citizen was deliberately assassinated in American military strikes. By the end of his presidency, Obama had presided over military operations against more nations than any single predecessor.

One of the astounding features of Obama’s presidency was how little pushback he received from the left regarding his military adventurism. As the bombs continued to fall in Afghanistan and Iraq, and then began to fall in Libya, and Pakistan, and Syria, and Yemen, and Somalia, there were no marches. No #WWIII trending. No celebrity condemnations. Green Day didn’t decide to write a rock opera lambasting Obama’s imperialism. Just diverted eyes and silence.

But now, as is the case every time a Republican ascends to the White House, the Left has suddenly remembered their deep, uncompromising commitment to peace in our time. After a decade of hibernation, the anti-war Left has reawakened. Disregarding Trump’s general restraint in using military force so far, and ignoring the ways that his administration has scaled back the use of drone attacks, leftists now ask us to believe that the targeted assassination of a single Iranian general — a man disdained by so many of the far-away brown and black bodies on whose behalf Kaepernick pontificates — is going to spark a global military apocalypse.

Don’t believe it. With Tuesday night’s missile attacks on U.S. military targets in Iraq — attacks that (thankfully, and perhaps deliberately) caused no fatalities — it seems Iran has blinked. Despite new economic sanctions on the Islamic Republic, both sides now appear eager to deescalate the military confrontation. That’s good news.

Since Trump’s election, much ink has been spilled attacking so-called “whataboutism.” Whataboutism is a rhetorical strategy in which a person undermines another person’s critique by pointing out similar examples or occurrences that suggest the criticism is inconsistent. For example, to a person who is angry about Trump’s refusal to allow White House staff to comply with congressional subpoenas, one might remind this person that the Obama administration refused such subpoenas on a number of occasions. Savvy readers will recognize that the first few paragraphs of this essay are an example of whataboutism: to those outraged at the strike on Soleimani, I ask, where was this outrage during Obama’s presidency?

Many commenters on whataboutism suggest that it is a kind of logical fallacy. It’s not. Whataboutism takes the form of a strategic comparison. Of course, it is true that some comparisons are more apt than others. The factors surrounding Obama’s bombing of Libya and Trump’s recent strike are very different (critics might suggest), and therefore there is no contradiction in responding to them differently. After all, as Emerson fans desperately want you to know, “Consistency is the hobgoblin of little minds.” But today, people often seem to forget the first words of that famous statement: “A foolish consistency is the hobgoblin of little minds.” What we see in the Left’s reaction to America’s military endeavors is one such foolish consistency: the intensity of their outrage is neatly determined by the political party of the person in the White House. Sure, the context of American strikes in Libya is not the same as the strike at the Baghdad airport. But it seems pretty implausible that the context of every Democratic exercise of military power is justifiable on logical and moral grounds, while every Republican president is a war-mongering imperialist bent on global destruction. And saying so shouldn’t be hastily dismissed as whataboutism.

The purposes of whataboutism are largely misunderstood. Critics think it is a way that people manage to condone something that should be condemned. For example, a hostile reader of this column might respond by saying, “Just because there was no major condemnation of Obama’s adventurism doesn’t mean that the strike on Soleimani was right!” or “Just because Obama’s administration ignored subpoenas doesn’t mean that such dismissiveness shouldn’t be condemned!” But these responses miss the point. I make no claim about whether the Soleimani strike was right or wrong. The user of whataboutism isn’t trying to avoid condemning something they don’t want to condemn. The people who decry whataboutism, however, do suggest that their opponents have a moral obligation to condemn the sorts of behaviors that those critics themselves were unwilling to denounce in the past.

Far from being a means to excuse the inexcusable, whataboutism is rather a means to assess the sincerity and honesty of one’s interlocutor. In our polarized age, in which so much political discourse rapidly succumbs to hysterics, we are losing the ability to know when the hysterical reaction is justified. If you say we are risking World War III with a single drone strike, and you voiced no concern over the hundreds of drone strikes that occurred for a decade prior, it’s difficult to accept that your reaction now is truly a response to the severity of the threat that the most recent strike allegedly poses. If deportation and “kids in cages” weren’t a massive outrage six years ago, it’s hard to take today’s hyperventilations seriously. And that is not to say that immigration policies or military actions should be spared frank criticism. They shouldn’t.

Thus, whataboutism is a way to keep your opponents honest: if kids in cages were a moral outrage in 2017, they should have been a moral outrage in 2014. If critics of Trump are surprised at the amount of whataboutism in 2020, they shouldn’t assume people are finding fallacious ways to avoid condemning malfeasance. No. Instead, the prevalence of whataboutism today is a reflection of how numerous and glaring the inconsistencies of the Left have become over the last decade. Whataboutism isn’t a defense of Trump; it is a rejection of the insincerity evident in the loud histrionics that now follow every tweet, drone strike, or other action by the president (until a Democrat sits in the Oval Office again). Whataboutism sends a message: your inconsistencies are nakedly ideological, and your hypocritical performance of outrage is a dishonest way to influence the public debate. Ultimately, whataboutism is a necessary strategy for the political moment: it enforces some rhetorical accountability from those who feign urgency and desperation as a means to advance a transparently partisan agenda.

Adam Ellwanger is an associate professor at the University of Houston – Downtown, where he studies rhetoric, writing, and public discourse. His new book, Metanoia: Rhetoric, Authenticity, and the Transformation of the Self, will be released in the spring by Penn State University Press. Reach him at adamellwanger@gmail.com.