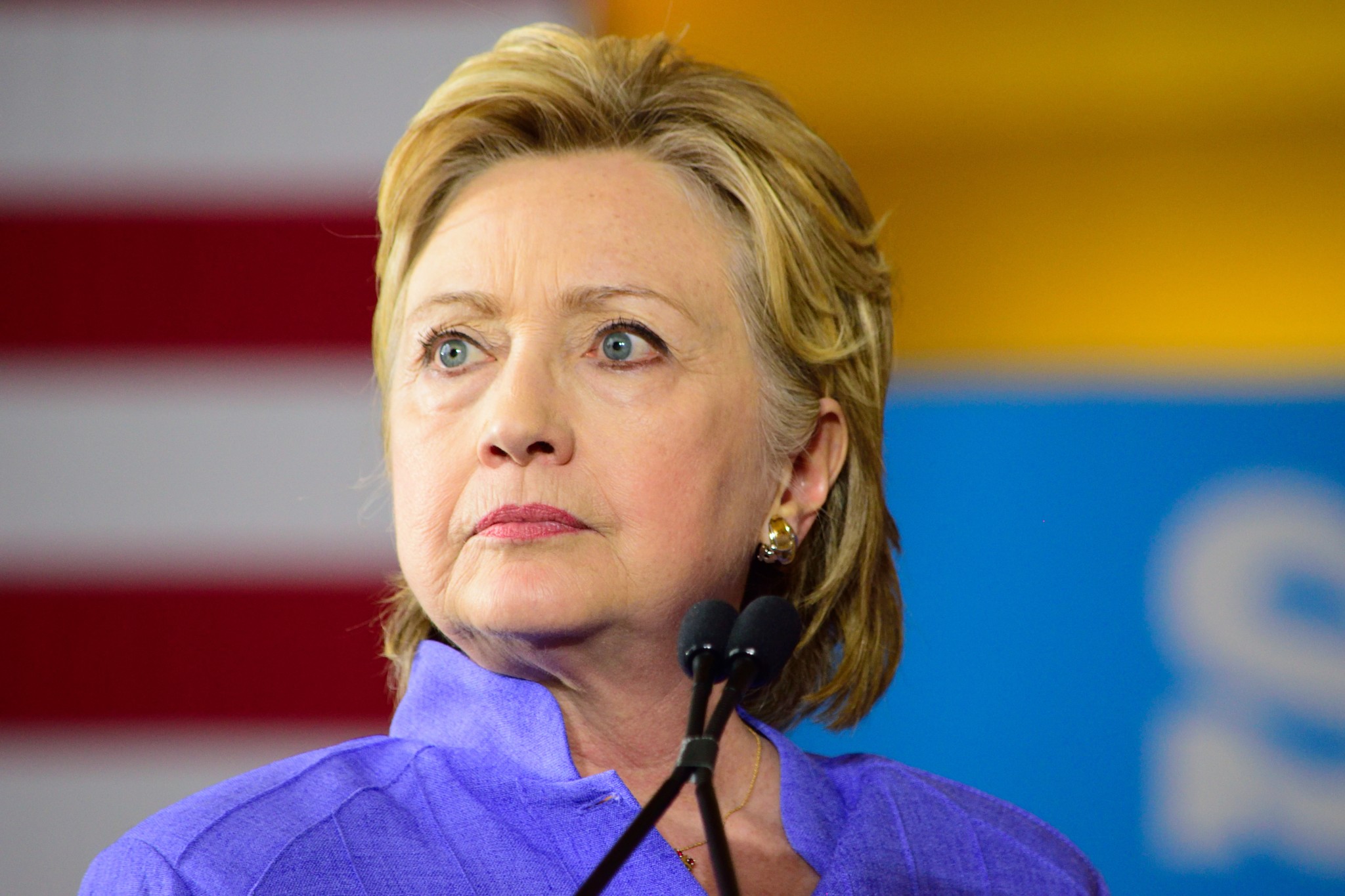 Late Tuesday, the Washington Free Beacon broke the explosive story that Igor Danchenko, the Russian analyst who lied to the FBI about his role in creating the discredited Steele dossier, stayed on the FBI payroll as a confidential informant until just before the 2020 election.

A Google search 24 hours later features three news sources for this story in addition to the Free Beacon: Fox News, National Review, and Sky New Australia, whose headline describes the Danchenko revelation as a “bombshell announcement.” To this point, no mainstream media outlet has chosen to report on the “bombshell.”

The source for the Free Beacon’s information is a motion filed by Special Counsel John Durham in a U.S. district court in Virginia related to the admissibility of evidence in Danchenko’s upcoming trial for lying to the FBI. Buried in the motion is this provocative little gem: “In March 2017, the FBI signed the defendant up as a paid confidential human source of the FBI. The FBI terminated its source relationship with the defendant in October 2020.” The motion does not specify what Danchenko’s role was as an informant, but in a legitimate media environment — or even the kind you see in the movies — journalists would be scrambling to discover that answer first.

Unfortunately, there are no real journalists in America’s major newsrooms, and certainly not at the New York Times. Its Sept. 14 article on the Durham motion is headlined — ho-hum — “Durham Inquiry Appears to Wind Down as Grand Jury Expires.” The snarky article by three of the Times’ ace reporters focuses on the seeming humiliation of Donald Trump. Trump, they sniffed, had “used social media to amplify the unsubstantiated idea that Mr. Durham had uncovered a vast political conspiracy by the Obama administration and the intelligence community to damage him.” The article makes no mention of Danchenko’s paid service for the FBI.

To scoff at the idea of “a vast political conspiracy,” the Times reporters had to ignore the fact that Durham sketches the outline of just such a conspiracy in the introductory section of the motion. Every word of this section plays havoc with the Times’ narrative, including its matter-of-fact opening: “As set forth in the Indictment, on July 31, 2016, the FBI opened an investigation known as Crossfire Hurricane’ into whether individuals associated with the Donald J. Trump presidential campaign were coordinating activities with the Russian government.”

At the Times, you see, the investigation was only marginally about Trump. This delusion allows the Times people to continue to think of the Russia investigation as something of a success. Charlie Savage, the Times Washington correspondent and one of the three reporters on the Durham story, affirms this point in an April 5, 2022, summary article with the telling subhead, “Donald J. Trump and his backers say revelations about the Steele dossier show the Russia investigation was a ‘hoax.’ That is not what the facts indicate.”

Savage reassures his credulous readers that the Steele dossier was “largely tangential” to the investigation. The investigation, he insists, was really about “counterintelligence and criminal inquiry into the Russian operation to manipulate the 2016 presidential election by hacking and anonymously dumping Democratic emails and by spreading propaganda using fake accounts on American social media platforms.” Once the FBI started scrutinizing Russian involvement, it inevitably “included examining the nature of links between Trump campaign associates and Russians to see if there was any coordination.” Or so Savage insists.

Savage contends that when FBI agents launched their investigation on July 30, 2016, “they did not yet know about the dossier.” He is referring here to the FBI operation codenamed “Crossfire Hurricane,” an image unseriously lifted from the Rolling Stones song, “Jumpin’ Jack Flash.” As something of a half-truth, Savage claims that “Mr. Steele’s reports reached that counterintelligence team on Sept. 19, 2016.” The real reason for the investigation, he reiterates, was that “WikiLeaks had disrupted the Democratic National Convention” by releasing hacked emails. This is pure disinformation. (READ MORE: The Ruling Class’s Gaslighting on the Durham Investigation)

The full truth is that the FBI was getting eye-popping intel directly from Steele weeks before launching its Russia investigation. In a lengthy profile on Christopher Steele in July 2018, the New Yorker’s Jane Mayer casually observes, “On July 5, 2016, Steele went to his London office and met with the F.B.I. agent with whom he’d worked on the fifa (sic) case. The agent responded to the first memo in the dossier, Steele has said, with ‘shock and horror.’” Durham also traces the liaison between Steele and the FBI to “in or about July 2016.” The July 5 tête-à-tête just happened to be on the same day FBI Director James Comey cleared Hillary Clinton of the charges against her.

The now notorious FBI agent Peter Strzok, who had headed up the Hillary investigation, was now assigned the lead on Crossfire Hurricane. This new assignment got his juices flowing. On July 31, day one of the operation, he texted his FBI lover Lisa Page, “Damn this feels momentous. Because this matters. The other one did, too, but that was to ensure that we didn’t F something up. This matters because this MATTERS.”

By the “other one,” Strzok was referring to the Hillary investigation. For some months now, he and Page had been texting each other about their shared fear and loathing of Donald Trump. “You’re meant to protect the country from that menace,” Page texted on Aug. 5. She did not have to explain who the menace was. “I’ll try to approach it that way,” Strzok texted back. “I can protect our country at many levels.”

Strzok wasn’t worried about Wikileaks. The FBI was not worried either. Its agents never bothered to check the Democratic National Committee server that was allegedly hacked. The DNC farmed that job out to a friendly contractor who told the DNC brass what they needed to hear, namely that Hillary was the victim of Russian hackers and their likely partner in crime was Donald Trump.

In his introduction, Durham explains how Hillary Clinton’s law firm, Perkins Coie, had retained Fusion GPS to get dirt on Trump, and Fusion GPS contracted with Steele “to investigate Trump’s purported ties to Russia.” The Times and other major media have conceded all of this, but as Savage notes in the headline of his aforementioned article, “The Discredited Dossier Does Not Undercut the Russia Investigation.”

Savage would be a fool to say otherwise. The Times won a Pulitzer, after all, for its “deeply sourced, relentlessly reported coverage in the public interest that dramatically furthered the nation’s understanding of Russian interference in the 2016 presidential election and its connections to the Trump campaign.” This citation, it should be noted, said nothing about Wikileaks.

One other item in the Durham motion should have gotten the attention of the Times newsroom, namely a conversation between Danchenko and an unnamed FBI agent on the subject of Democratic operative Chuck Dolan. “He likes Russia,” Danchenko said of Dolan, “I don’t think he is, uh, ~ would be any way involved. But—but—uh—b-but he’s uh—what I would think would be easily played.” (READ MORE: I(gor) Was a Calumnist for the FBI)

Durham contends that Danchenko sourced at least one specific allegation in the dossier anonymously to Dolan, a former Hillary aide, and lied to the FBI about Dolan’s involvement. This was material, Durham argues, because Dolan “maintained a relationship with several high-ranking Russian government officials” and “Dolan was present in Moscow with the defendant when the defendant allegedly gathered some of the information reflected in the Steele Reports.”

A quick summary is in order. The Hillary Clinton campaign plays the darkest and deepest dirty trick in the history of presidential politics. Everyone knows this. Hillary employs her own Russian operatives to enlist the FBI in the plot to keep Trump out of the White House and drive him out once there. Everyone knows this too. And the Times wins a Pulitzer for reporting Russia’s connections to the Trump campaign? At the Times, it seems, the spirit of Walter Duranty lives on!