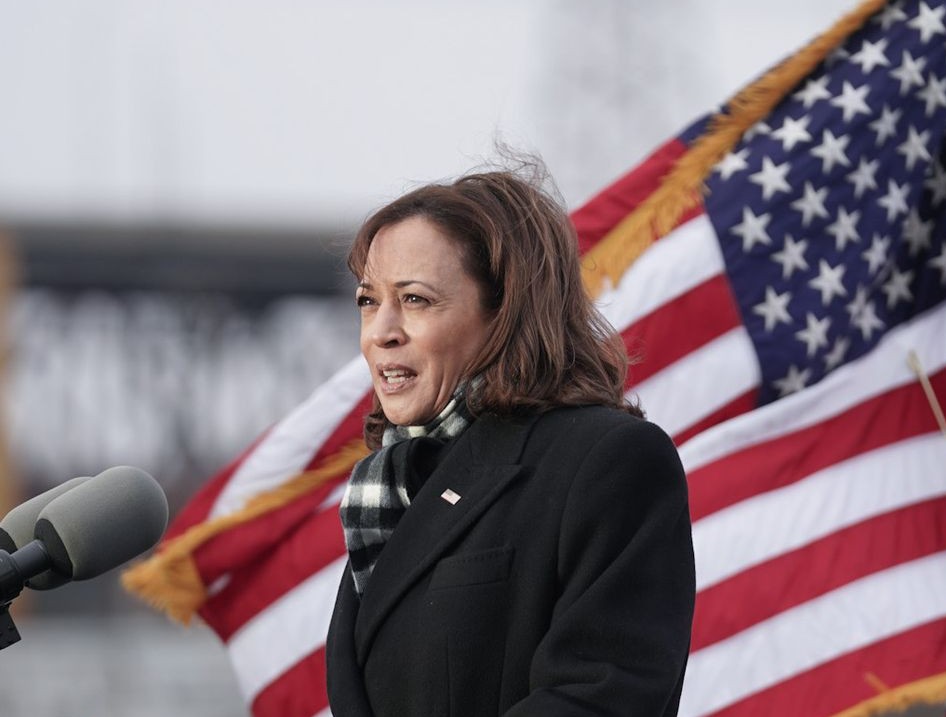 When Joe Biden announced on Twitter in August 2020 that Kamala Harris would be his running mate, the pronouncement was met with fawning from a gleeful legacy media.

Seemingly overnight, Harris was anointed as the future of the Democratic Party and dubbed the “female Obama.” We were told that she was an inspiring and competent vice presidential candidate — one who would accomplish glorious deeds and lead our country to greatness. Her political future supposedly never looked brighter.

At least that’s what the leftist corporate media proclaimed — apparently forgetting that Harris was emphatically rejected by her own party and forced to drop out of the Democratic presidential primary even before the Iowa caucuses. Her floundering campaign had run out of cash and her poll numbers hovered around one percent.

But upon Biden’s “historic” announcement, the objective journalists at the New York Times gushed that as the first woman of color to be nominated for national office by a major political party, Harris has “a gift for capturing moments of raw political electricity on the debate stage and elsewhere, and a personal identity and family story that many find inspiring.”

Unfortunately, we’re still waiting for the Times to tell us who outside of their newsroom found her story to be so inspiring.

Not to be outdone by the Gray Lady, Politico described Harris as a “charismatic blue-state senator, former prosecutor … who has built a reputation as an unyielding antagonist of the Trump administration.”

Yeah sure, everyone who’s ever met Harris or watched her speak would definitely agree that she’s warm, bubbly, and oozes with “charisma.” Her presence is comforting. Just ask any of her former staffers — including the ones who described working in the vice president’s office as “an abusive environment” where “people feel treated like s**t.”

The Washington Post, which at this point might as well move its corporate office into the Democratic National Committee headquarters, giddily praised Harris upon her nomination as “the forefront of the party’s future” who would “become a vessel for Democratic hopes for a diverse party empowered by women.”

But after two years of embarrassing gaffes (“We’ve been to the border”); cringeworthy interviews with sympathetic journalists (“Ukraine is a country in Europe. It exists next to another country called Russia. Russia is a bigger country.”); a bizarre cackle or nervous tick when nothing remotely funny was said; speeches that do anything but inspire (“[S]pace is exciting. It spurs our imaginations, and it forces us to ask big questions. Space — it affects us all, and it connects us all.”); a failure to show even the slightest bit of knowledge or expertise on foreign or domestic policy (“We are talking about the real possibility of war in Europe.”); a lack of seriousness or competence in any of the tasks that Biden’s handlers have assigned her (“The United States shares a very important relationship, which is an alliance with the Republic of North Korea.”); and a staff turnover rate that rivals the local Taco Bell, it is clear that Harris’ political stock has never been lower, and her future has never been more uncertain.

What exactly has Harris accomplished?

According to her official White House bio, Harris has helped “get America vaccinated, rebuild our economy, reduce child poverty, and pass an infrastructure law that will lift up communities that have been left behind.”

Actually, Harris sowed doubt on the efficacy of the vaccines during the 2020 election in an attempt to score political points, but she’s now apparently the vaccine fairy. It’s also not exactly clear how pushing for draconian lockdowns and helping to contribute to a 41-year high in inflation by supporting Biden’s reckless Green New Deal spending has helped rebuild our economy or reduce child poverty.

And little did we know, but Harris has also apparently “played a key role in engaging world leaders and strengthening our nation’s alliances and partnerships. In everything she does, she remains focused on the people of our nation—and our collective future.”

If there wasn’t a literal war going on between Russia and Ukraine and a strengthening alliance between Vladimir Putin, Ali Khamenei, and Xi Jinping — three of our chief adversaries — it might actually be laughable how far removed from reality that is.

The fact is that no matter how the White House or the corporate media tries to spin it, Harris is simply not a good politician, which is why the latest RealClearPolitics average has her approval rating down to an abysmal 36 percent, with 52 percent disapproving of her performance.

Although it is still not clear if Biden will run for reelection in 2024, regardless of what he decides to do, one thing is certain: Harris is already a lame duck.