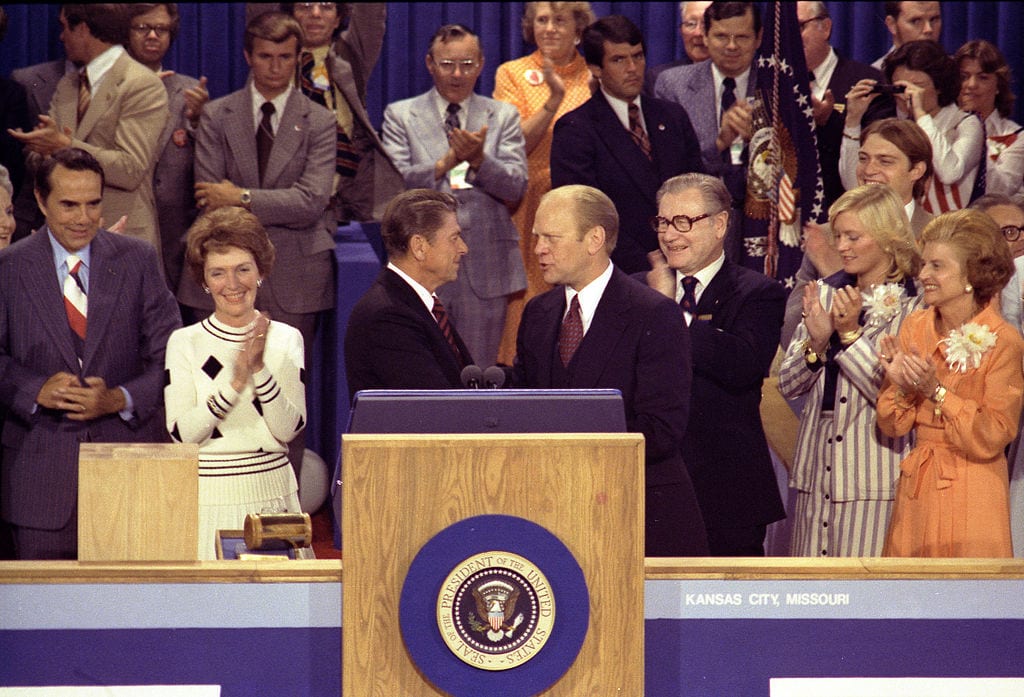 Presidents Trump and Putin have announced the site for their first summit meeting: Helsinki. It’s a dubious choice, a place of bad history between American statesmen and Russian thugs. Hopefully it’s not a bad omen for Donald Trump. If Trump wants to nix perceptions that he’s soft on the Kremlin and vulnerable to deception and manipulation by Putin, this is the ideal place to do it.

Trump and Putin will meet in Helsinki 43 years to the month that President Gerald Ford and Leonid Brezhnev met there in July 1975. The Russians loved that Helsinki, and they loved Ford for handing it to them on a platter. According to a surviving eyewitness, Brezhnev and the Kremlin were so pleased that they privately pledged their support to Ford in his election campaign the next summer. They gratefully told Ford they were willing to do “everything we can to make that happen.”

That 1976 campaign would involve Jimmy Carter, an even better friend to the Russkies, symbolically sealed later in a kiss between Carter and Brezhnev in Vienna. But that campaign would also involve a Republican opponent, a man named Ronald Reagan, who, unlike Ford and Carter, was no dupe to the Kremlin nor to Helsinki.

Reagan opposed Ford’s signing of the Helsinki Accords, an ugly byproduct of the odious détente pursued by the Nixon-Ford-Carter teams. Reagan saw the Helsinki agreement as a human-rights farce — a “propaganda plus” for the Kremlin, as he wrote in a February 1976 op-ed for the Wall Street Journal. By signing the accord, the United States had “agreed to legitimize the boundaries of Eastern Europe, legally acquiescing in the loss of freedom of millions of Eastern Europeans.” Worse, said Reagan, Helsinki did nothing to constrain the Soviets outside of Eastern Europe. “After Helsinki,” wrote Reagan correctly, “the Soviet Union quickly made it clear that the so-called ‘wars of national liberation’ of which they are so fond, would not be affected by the document.” For Reagan, Helsinki was a bitter example of how détente only resulted in further Soviet legitimization and strength.

Reagan hit Helsinki and détente hard throughout his ’76 primary challenge to Ford. His supporters even prevailed in adding a condemnation of Helsinki to the RNC’s convention platform: “Agreements that are negotiated, such as the one signed in Helsinki, must not take from those who do not have freedom the hope of one day gaining it.”

That plank was widely reported as a repudiation of Ford-Kissinger foreign policy. The plank also fittingly quoted Aleksandr Solzhenitsyn, who President Ford, in the name of getting the Russians to like him, had snubbed the previous summer — right before Helsinki. Solzhenitsyn had come to Washington, in what should have been embraced by the Republican White House as a glorious moment to draw a bright line of moral distinction between the American and Soviet systems. The AFL-CIO regaled Solzhenitsyn with a speaking invitation, whereas the Helsinki-bound Ford team refused to speak with the former Gulag prisoner. The Ford administration was so wedded to détente that it dared not offend the Brezhnev regime by meeting with the dissident that communists hated most. Worse, as recorded by historian Douglas Brinkley, Ford privately slammed Solzhenitsyn as “a god damn horse’s ass.”

Those were words that Gerald Ford did not level against Leonid Brezhnev.

Ford’s slight of the suffering Solzhenitsyn was so egregious that it prompted William F. Buckley’s National Review to consider endorsing Jimmy Carter in 1976. Ronald Reagan was so upset that he outright challenged Ford for the Republican nomination.

And Solzhenitsyn was hardly the only heroic dissident persecuted for trying to hold communists accountable to their promises in Helsinki. Vaclav Havel and his Charter 77 movement went to jail over it.

Ronald Reagan, of course, would not unseat Ford in ’76, though he came extremely close. Jimmy Carter did the job. And then came Reagan in ’80, defeating Carter — and defeating Ford and détente.

Once president, Reagan did not forget Helsinki. In the first year of his presidency, Reagan reminded Brezhnev of his Helsinki promises as the Russians squeezed Poland with martial law in December 1981. President Reagan sent a message to Chairman Brezhnev over the Washington-Moscow cable “hot line” known as the “Molink.” Not declassified until October 1999, the letter to Brezhnev condemned the Soviet role in the Polish crackdown. Reagan listed the violation of “elementary rights” of Polish citizens underway: the incarceration of trade union leaders and intellectuals, their detention in overcrowded jails and “freezing detention camps,” the “massive arrests without any legal procedures,” and the generally “brutal assaults” by security forces. He then appealed to Brezhnev directly and sternly:

The recent events in Poland clearly are not an “internal matter” and in writing to you, as the head of the Soviet government, I am not misaddressing my communication. Your country has repeatedly intervened in Polish affairs during the months preceding the recent tragic events.

Reagan underscored “the heavy responsibility of the Soviet Union for the present situation in Poland.” And then he highlighted the hypocrisy of Helsinki, informing Brezhnev that the Poland intervention was in direct violation of the Helsinki Final Act, “which you, Mr. President, personally initialed on behalf of your country in 1975.”

Throughout his presidency, Reagan reminded the Russians of Helsinki. In his final year as president, Reagan passed through and spoke in Helsinki on May 27, 1988, en route to Moscow for his summit with Gorbachev. On May 30, speaking to a group of Soviet dissidents atthe U.S. ambassador’s residence in Moscow, Reagan applauded positive changes for human rights under Mikhail Gorbachev, but cautioned: “the basic standards that the Soviet Union agreed to almost 13 years ago in the Helsinki accords, or a generation ago in the Universal Declaration of Human Rights, still need to be met.”

Things were better under Gorbachev than under previous Soviet leaders, but there was still far too much repression.

And that’s essentially where Russia stands today: things are better under Putin than under Soviet leaders, but there is still far too much repression.

That brings us back to Donald Trump and Helsinki. Trump has a chance in this Helsinki to be the anti-Ford. He has a huge opportunity to redeem himself from embarrassing gushes about Putin during the 2016 campaign, much as he redeemed his very troubling campaign statements on Poland and NATO with his excellent speech in Poland last summer. Unfortunately, he did the opposite with Kim and North Korea, pivoting from bold statements torching the Rocket Man last year to issuing shocking statements of praise toward the little tyrant in Singapore last month. Those latter statements were Carter-esque in their naïveté, as Trump described Kim Jong Un as “very honorable,” “very worthy,” a “very talented” man whose country “does love him,” as one can see in the “fervor” of his people. “I think he liked me and I like him,” said Trump of Kim, invoking a “very special bond” with Kim. “We got along very well. He’s smart, loves his people, he loves his country. He wants a lot of good things.”

The ball is in Donald Trump’s court as to whether similar statements are made in Helsinki about Vladimir Putin. The likes of Putin and Kim know the art of flattery and manipulation of an adversary. (In July 2016, Trump tweeted: “Putin likes me.”)

President Trump’s response to Vladimir Putin is totally up to him. He can sound more like Reagan or more like Ford. What we subsequently say about Trump in Helsinki depends on what Trump says in Helsinki.