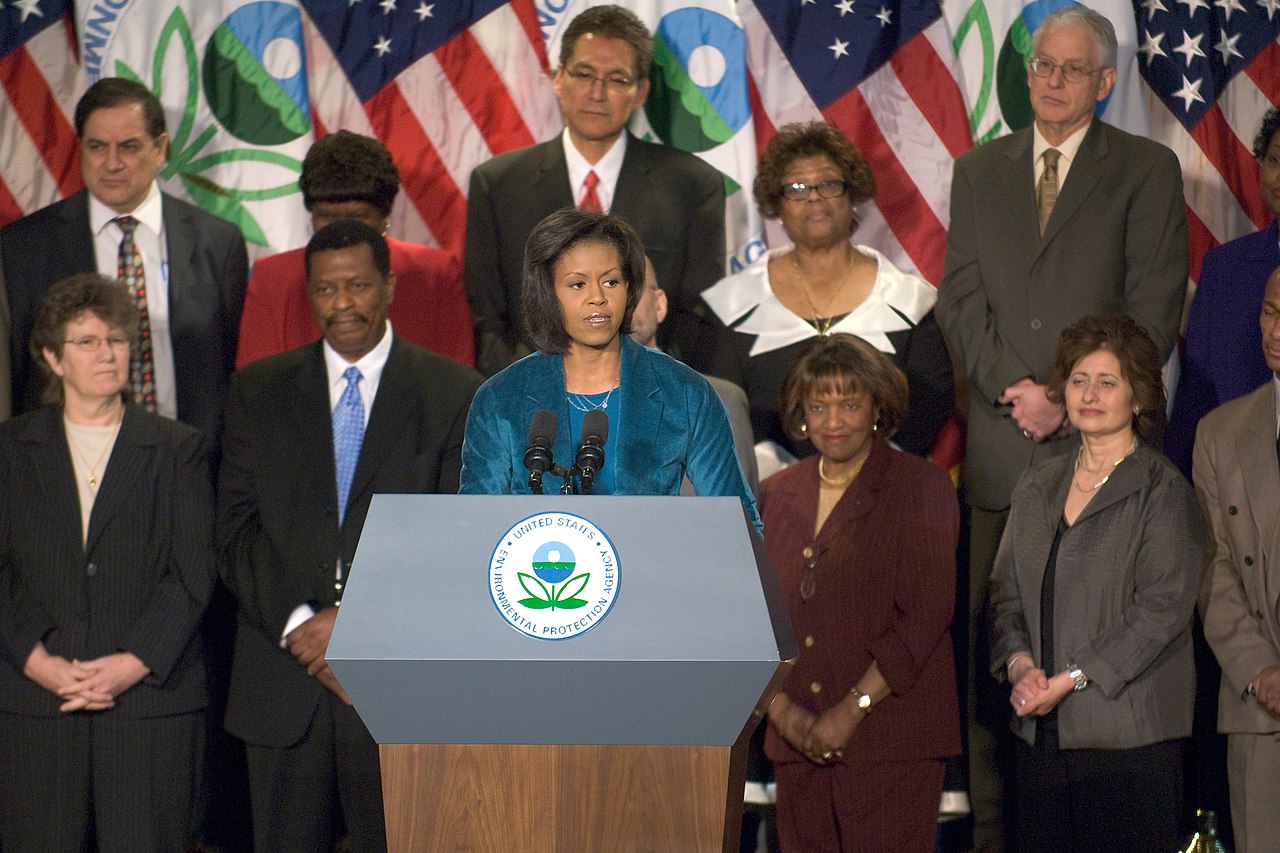 The Supreme Court has certainly been on a roll as it has released the decisions from the now-ended current term.

There was the paring back of restrictions against government dollars to flow to religious organizations in the event parents would choose parochial education with school vouchers. There was a restatement of Second Amendment rights amid tyrannical efforts to impinge on them. There was the Dobbs decision. There was the affirmation that voluntary prayer on a public school campus is not an “establishment of religion” under the Constitution.

All are gigantic, substantive, game-changing resets of constitutional law, which make possible things which for decades have not been.

And all of them pale to the decision in West Virginia v. EPA, though it won’t be reported that way in the legacy media.

Not to minimize the above-mentioned decisions. Those will go a long way toward re-establishing an American culture badly frayed by the Gramscian “march through the institutions,” as the Left has systematically sought to destroy — in Gramsci’s formulation — Christianity, nationalism, and charity as the basis of the free, Western society our country has so perfectly exemplified.

But what the court did in the West Virginia v. EPA case was to gut the administrative state, the most powerful, unaccountable, and destructive branch of our federal government, and put it back in the box it was intended to inhabit.

That isn’t an overstatement of the case. This decision will result in more draining of the Swamp than Donald Trump, who rightly deserves credit for it, given that half the 6-3 majority in West Virginia v. EPA are his appointments, could have dreamed of in his first term (though Trump did nearly accomplish a gutting of the administrative state at the end of his first term and may yet do so in his second).

The case itself is a bit in the weeds. To greatly oversimplify things, the Environmental Protection Agency, perhaps the most out-of-control entity in the federal government (though your author admits there is lots of competition in that respect), used the 1970s-era Clean Air Act to bootstrap itself into powers never envisioned by that measure’s authors. The EPA, during the Obama administration, decreed that essentially all of the nation’s coal power plants had to be mothballed in favor of “cleaner” energy to fight climate change. This was known as the Clean Power Plan (CPP), and it operated on the basis that carbon dioxide was a pollutant. Forget about how stupid that is; it will suffice to say that carbon dioxide is not listed as a pollutant by the EPA. From the Supreme Court decision:

There is a lot of history here, which we don’t quite need to run through; the Trump administration changed the EPA’s rule to something more manageable, simply requiring that coal power plants take measures to reduce emissions, and then the Biden administration sought to reinforce the Obama-era power plant shutdowns.

It’s taken the better part of seven years for this case to wind its way to a final conclusion at the Supreme Court, but essentially Thursday’s ruling says that for the EPA to take on a policy initiative so massive as to essentially put an entire American industry out of business it had better have a congressional mandate to do so. From the conclusion of the majority opinion, written by Chief Justice John Roberts:

Capping carbon dioxide emissions at a level that will force a nationwide transition away from the use of coal to generate electricity may be a sensible “solution to the crisis of the day.” But it is not plausible that Congress gave EPA the authority to adopt on its own such a regulatory scheme in Section 111(d). A decision of such magnitude and consequence rests with Congress itself, or an agency acting pursuant to a clear delegation from that representative body.

The magnitude of the implications of this can’t be overstated.

The administrative state has been the most active, uninhibited, and tyrannical of all of our government for quite some time. If you’re in business or own a farm, you’ve known it for decades — whether it’s the EEOC, OSHA, the EPA, the IRS, or the countless other bloodsucking bureaucracies descending on your bottom line and your work schedule. And if you aren’t, you got your massive dose of federal reality during the COVID epidemic, when even despite the misgivings of the president who warned that the “cure” of lockdowns might be worse than the disease, most of American life was forced to a halt.

And the effect of this predatory bureaucratic overreach, something that even effective Republican presidents like Ronald Reagan and Donald Trump have had only minor effect in halting, has been utterly corrosive. At AmericanExperiment.org, Isaac Orr notes the EPA’s whackadoodle climate alarmism has created its own form of Baptists-and-bootleggers alliance:

The CPP marked a turning point for the way investor-owned utilities like Xcel Energy and wind and solar special interest groups interacted. Once, these stakeholders were often at odds, but the CPP turned them into brothers in arms.

The reason all boils down to cold hard cash.

Because electric companies in many states are government-approved monopolies and their customers are not free to choose another provider if the company in their service area charges too much or has too many power outages, it would be unfair to let them set the price of electricity to whatever the company wishes.

The revenue formula used by regulators allows electric companies to charge their customers enough for their electricity to cover the reasonable costs of operating and maintaining the electrical system. The revenue formula also stipulates that electric companies will make their money back when they build new capital assets, whether they be power plants, transmission lines, or even new corporate offices, plus a 10 percent profit on undepreciated assets, as long as the regulator approves these new projects.

However, the 10 percent profit declines every year as the capital assets depreciate or lose value over time. This gives utilities like Xcel a powerful incentive to close down low-cost, reliable, but depreciated assets and build new wind turbines, solar panels, and natural gas plants.

This is a key reason why Xcel Energy’s corporate profits have soared as the state’s use of wind and solar has increased.

The wind and solar groups lobby for coal plant closures and wind and solar construction, and Xcel rakes in the dough. Then, Xcel kicks some of the cash back to the green groups, and the cycle continues.

Nobody voted for the EPA’s assault on coal power generation. People put Barack Obama in the White House in the hopes that we’d finally make racial politics go away (which, er, did not work). But the insane clown posse that dominates agencies like the EPA cares not a whit that put to a vote their policies would be rejected out of hand. They haven’t needed to care.

Well, now they do. Because now the gig is up.

What comes next is going to be fun. Because the Supreme Court has now signaled to Congress that it’ll have to actually do its job and legislate rather than abdicating power to the executive branch and the faceless non-player characters in the bureaucracy. And that’s something a dysfunctional Congress that hasn’t been able to do so much as conduct a budget process under regular order basically in this century simply is not capable of doing.

The Nancy Pelosi–Chuck Schumer response to West Virginia v. EPA is likely to be to run an omnibus bill through codifying all the federal agency regulations into federal statute. Even the weak-kneed Stupid Party crowd in the Senate Republican Caucus ought to be up for killing that via the filibuster. There aren’t 10 Republicans willing to cross party lines to defend the Biden bureaucracy and give it a blank check, and even if there were Joe Manchin certainly isn’t going to vote to do something like destroying the coal industry.

And assuming there is no codification of all of the substantive regulatory rule-making now put in the lurch by the court (with the attendant rush into federal court by small businesses, family farmers, and others injured by out-of-control bureaucrats acting without proper color of law), in January the GOP majority to be should have a very easy and workable solution to this problem of a workload it can’t possibly shoulder.

Which is to devolve most, if not all, of this power to the states.

Which can be done via the federal budget.

And that guts the administrative state.

In my new book The Revivalist Manifesto, which you can grab at Amazon here and which The American Spectator publisher Melissa Mackenzie and I talked about for an hour earlier this week (check that out here; people seem to think it was a good discussion), I make much of the fact that this current political era we’re in which began with the 1932 presidential election and the inception of the New Deal is now ending.

When I wrote that, I didn’t consider how sage the Supreme Court would make me.

This new era is upon us. The transition to it will be painful, and we’re beginning to see that in all of the headlines. But it’s coming, and fast. And the Supreme Court is pulling back the curtain a bit and showing us what it looks like.