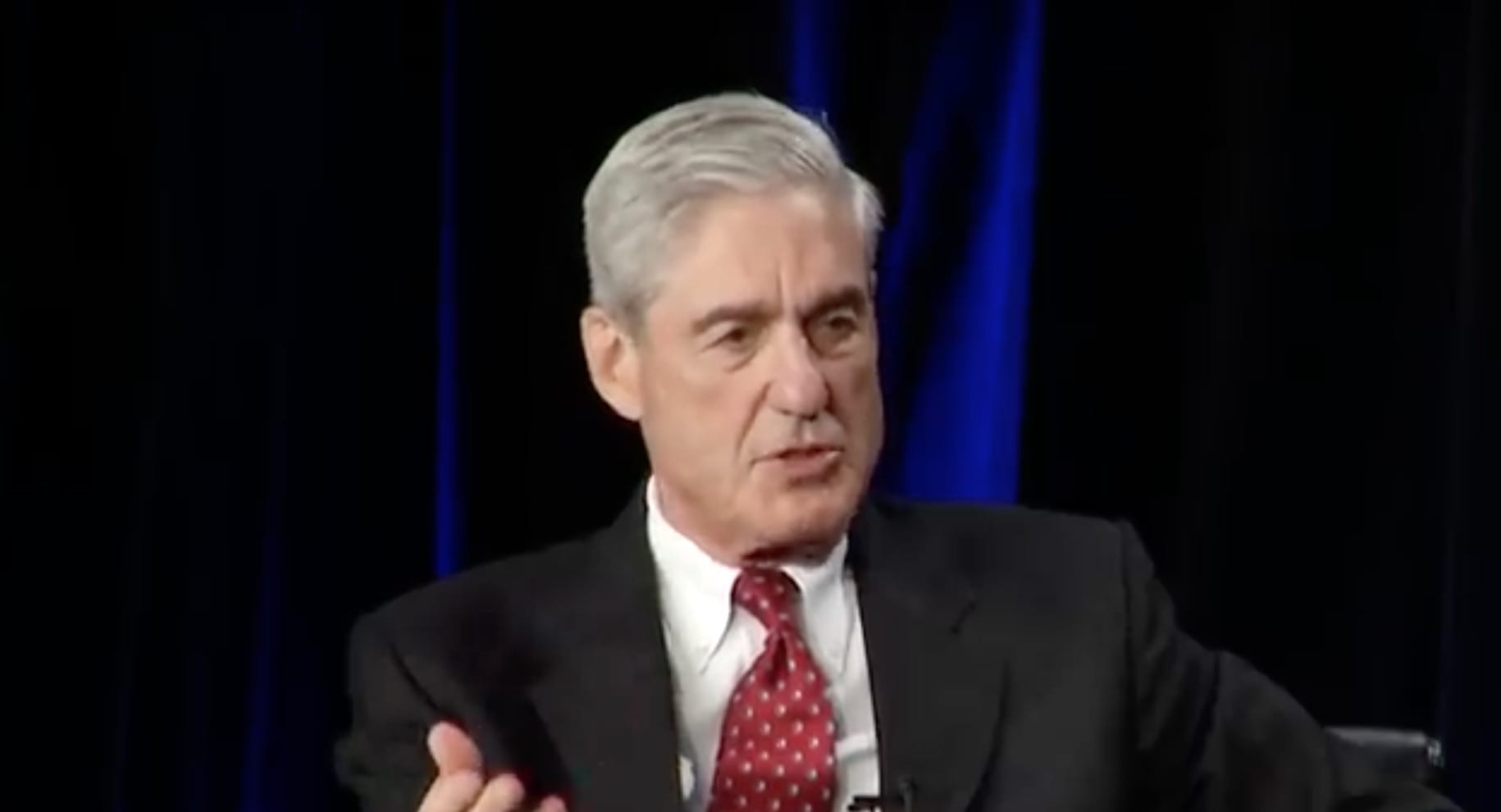 Pardon me if I don’t join in the chorus of praise for Special Counsel Robert Mueller’s investigatory efforts. Certainly, it comes as a relief that he correctly found no evidence of collusion between the Russian government and Donald Trump’s presidential campaign and quite properly did not charge the president for obstruction of justice. But just because Mueller and his team of Hillary Clinton sycophants reached the right conclusions does not mean that they conducted a righteous investigation. In that regard, given that the Special Counsel’s Office did not charge the persons who fabricated and used the Russia collusion fable to undermine Trump’s campaign and presidency, it would appear that, far from being impartial seekers of truth following the trail of evidence regardless of the political consequences, they were a get-Trump lynch party that simply ran out of rope.

In his order appointing the Special Counsel, Deputy Attorney General Rod Rosenstein directed Mueller to “conduct the investigation confirmed by then-FBI Director James B. Comey in testimony before the House Permanent Select Committee on Intelligence on March 20, 2017, including: (i) any links and/or coordination between the Russian government and individuals associated with the campaign of President Donald Trump; and (ii) any matters that arise or may arise directly from the investigation.” Rosenstein’s order also provided that “[i]f the Special Counsel believes it necessary and appropriate, the Special Counsel is authorized to prosecute federal crimes arising from the investigation of these matters.”

Comey had testified about the counterintelligence investigation of the Trump campaign launched by the FBI in July 2016. This investigation relied heavily on the salacious and unverified opposition research compiled by former British spy Christopher Steele and Fusion GPS on behalf of the Democratic National Committee and Hillary Clinton’s campaign. Consequently, under the plain terms of Rosenstein’s order, Team Mueller’s authorized jurisdiction encompassed the who, why, what, when, where, and how of the genesis of the eponymous Steele dossier and its nefarious use by Comey’s FBI to undermine Trump’s candidacy and, failing that, to undo the outcome of the 2016 presidential election. By any rational standard, the FBI and Department of Justice’s unprecedented abuse of official power based on the Steele dossier — a political dirty trick that will go down in history — raises far more vital and immediate investigative and national concerns than Russian hackers and social media operatives who will never see the inside of an American courtroom, Paul Manafort’s financial crimes, or the individuals charged with process crimes.

The logical starting point of any Trump-Russia collusion investigation would be the Steele dossier. So, did Team Mueller, in or out of the grand jury, investigate or interrogate Christopher Steele, Glenn Simpson of Fusion GPS, or the Clinton campaign and DNC operatives who paid for the dossier?

Did the investigation delve into the FBI and Department of Justice’s use of the dossier to obtain FISA warrants to intercept the communications of Trump campaign associate Carter Page? Did they investigate those who drafted, verified, and submitted the misleading and false-by-omission FISA applications?

Did they investigate or question former FBI Special Agent and Team Mueller staffer Peter Strzok, former FBI lawyer and Team Mueller staffer Lisa Page, former Deputy FBI Director Andrew McCabe, or other government officials to determine if they or anyone else participated in an effort to spy on the Trump campaign or to overthrow the Trump presidency?

Similarly, in his letter summarizing the principal conclusions reached by Team Mueller, Attorney General William Barr reported that the “Special Counsel found that Russian government actors successfully hacked into computers and obtained emails from persons affiliated with the Clinton campaign and Democratic Party organizations…” So, did this inquiry involve Hillary Clinton’s private, unsecured, home brew email system? You know, the one that was at the center of James Comey’s astounding and unprecedented July 2016 press conference in which he cleared Clinton of criminal liability for repeatedly over a period of years storing, sending, and receiving sensitive and classified information? Wouldn’t this issue necessarily relate to the question of Russian email hacking and, accordingly, constitute a prosecutable matter under the terms of Rosenstein’s order? Since Comey spelled out at his press conference overwhelming evidence of Clinton’s criminal liability under the applicable law, did Team Mueller do a follow up investigation of her use of the unsecured email system? If not, why not? On the other hand, if they did investigate, how was it that they did not bring charges for her mishandling of government secrets?

In his letter, Attorney General William Barr wrote that the Special Counsel’s Office “employed 19 lawyers who were assisted by approximately 40 FBI agents, intelligence analysts, forensic accountants, and other professional staff. The Special Counsel issued more than 2,800 subpoenas, executed nearly 500 search warrants, obtained more than 230 orders for communications records, issued almost 50 orders authorizing the use of pen registers, made 13 requests to foreign governments for evidence, and interviewed approximately 500 witnesses.” All of this lasted 675 days and cost tens of millions of dollars.

In short, the Special Counsel’s Office had and made ample use of massive resources to carry out Rosenstein’s order. Nevertheless, given that the Special Counsel’s Office has brought no charges in regard to the FBI and Justice Department’s efforts to undermine a presidential campaign and to unwind a presidential election as well as Clinton’s blatant and eminently provable mishandling of classified information, what may we conclude about its integrity and impartiality?

Put another way, how is it that Team Mueller apparently missed or ignored so many 800 pound gorillas in the room?

George Parry
Follow Their Stories:
View More
George Parry is a former federal and state prosecutor who practices law in Philadelphia and blogs at knowledgeisgood.net.
Most Popular
1
The Right Prescription
Judge Rewrites Georgia Law to Favor Warnock
by David Catron