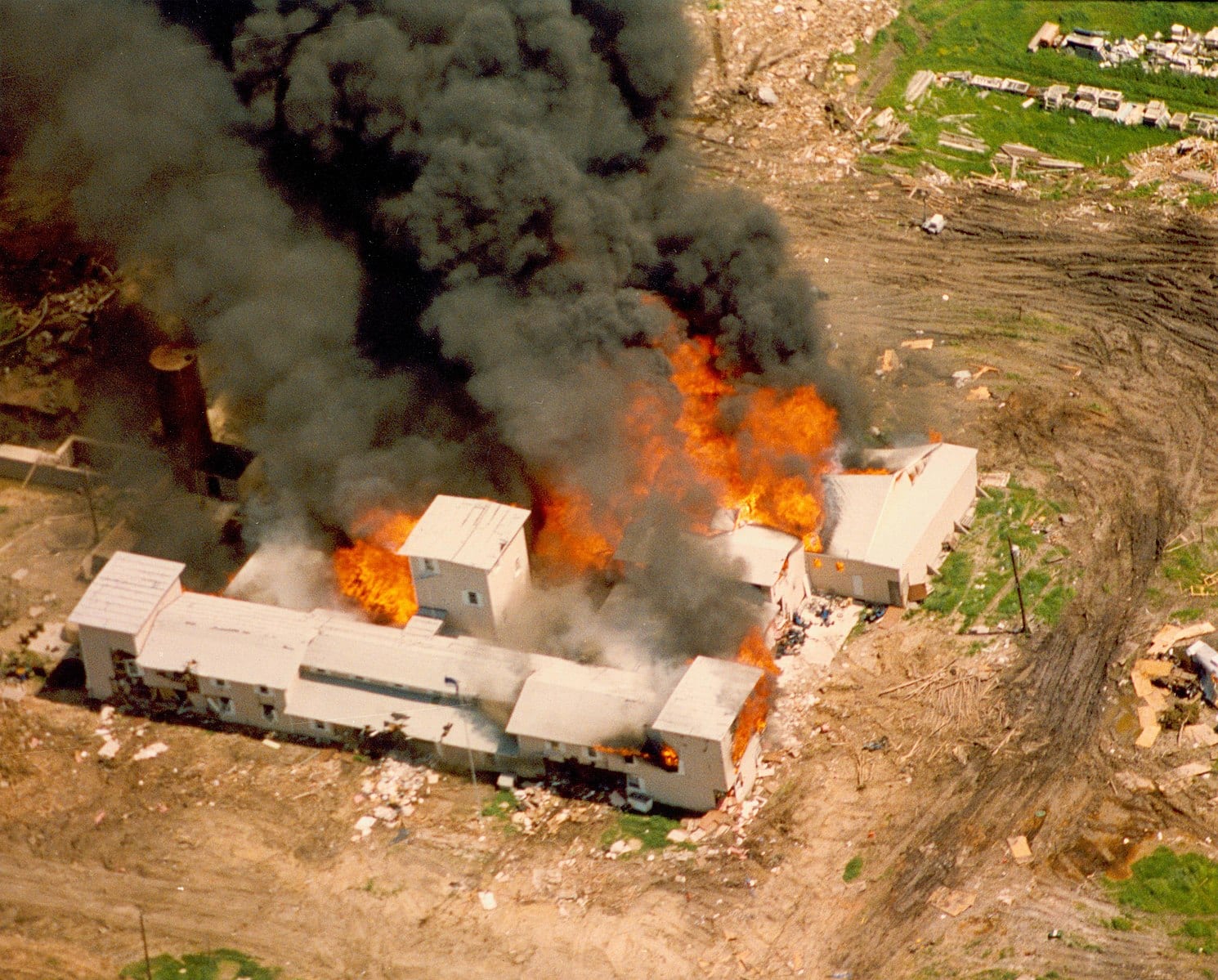 In home videos created during the Bureau of Alcohol, Tobacco, Firearms, and Explosives’ (ATF) 51-day siege of the Branch Davidians’ compound in Waco, Texas, leader David Koresh says regarding the federal authorities’ actions, “You come pointing guns in the direction of my wives and my kids, damn it, I’ll meet you at the door any time.” The frustration and anger at the government’s abuse of power present in Koresh’s sentiment permeate Paramount TV’s six-part adaptation of the conflict, now streaming on Netflix.

Waco is a unique perspective on one of the greatest tragedies in modern American history. The show explores both sides of the conflict, emphasizing the role that the ATF played in escalating the standoff and pushing it towards its bloody conclusion. The show is based on two separate accounts of the incident from FBI negotiator Gary Noesner and Branch Davidian David Thibodeau.

The show begins by describing the peaceful, albeit highly unorthodox, way of life within the Branch Davidians’ compound prior to the siege. The Branch Davidians, a splinter group from the Seventh-Day Adventists, believed that David Koresh was “The Lamb,” meaning that he would precede the second coming of Jesus Christ as told in the book of Revelation. In addition to being the group’s spiritual leader, Koresh “assumed the burden of sex” for the male Davidians, meaning that he, and only he, was allowed to sleep with female members. It didn’t stop there: Koresh also took multiple wives himself, one even as young as 14 years old. While this was technically legal under Texas law, the blatant immorality of these actions were partly used to justify the ATF’s excessive tactics during the siege. The Davidians also ran a commercially licensed firearms dealership and stored most of their weapons on the compound. After receiving reports of automatic gunfire, the ATF began to suspect that they were illegally converting semiautomatic firearms into automatic ones; however, whether this was actually occurring is up for debate.

Waco’s biggest achievement is its ability to effectively portray the true scale of the violence committed by the United States government against its own citizens. Instead of arresting Koresh for minor weapons violations during one of his morning runs outside the compound, agents chose to assault the compound itself. Instead of peacefully attempting to serve a search warrant, agents decided to conduct a full scale siege. Instead of looking for ways to peacefully de-escalate the situation throughout the 51 days of the siege, they used psychological warfare to try and drive the Davidians insane. Instead of negotiating with the Davidians in good faith, they conducted a final assault that resulted in the entire compound burning to the ground and 76 Davidians perishing in the flames.

This story is particularly relevant given the conduct of law enforcement agents in the tragic death of George Floyd. There is a disturbing pattern of government agents using excessive amounts of force against American citizens. No individual or organization has the right to summarily execute people for crimes of which they have not been convicted. The militarization of police forces and federal agencies across the country is indicative of the expansion of the government’s domestic authority and willingness to deprive Americans of their Fourth Amendment rights. In this way, the Waco siege is a continuing conflict, one that has never been totally resolved. When an FBI negotiator tells a Branch Davidian that he has the power to end the siege, the Davidian replies, “You know, you have the power to end this, too. You could just leave. We weren’t bothering anybody.” One can imagine that other victims of state-sanctioned extrajudicial violence, like Daniel Shaver or Duncan Kemp, might have similar sentiments if they were alive today. After all, who are you supposed to call for help when it’s your own government attacking you?

At times an incredibly emotional and harrowing show, Waco is a condemnation of the government’s willingness to use deadly force against American citizens. Given the current uproar sweeping the country about extrajudicial violence at the government’s hands, this show is a must-watch.