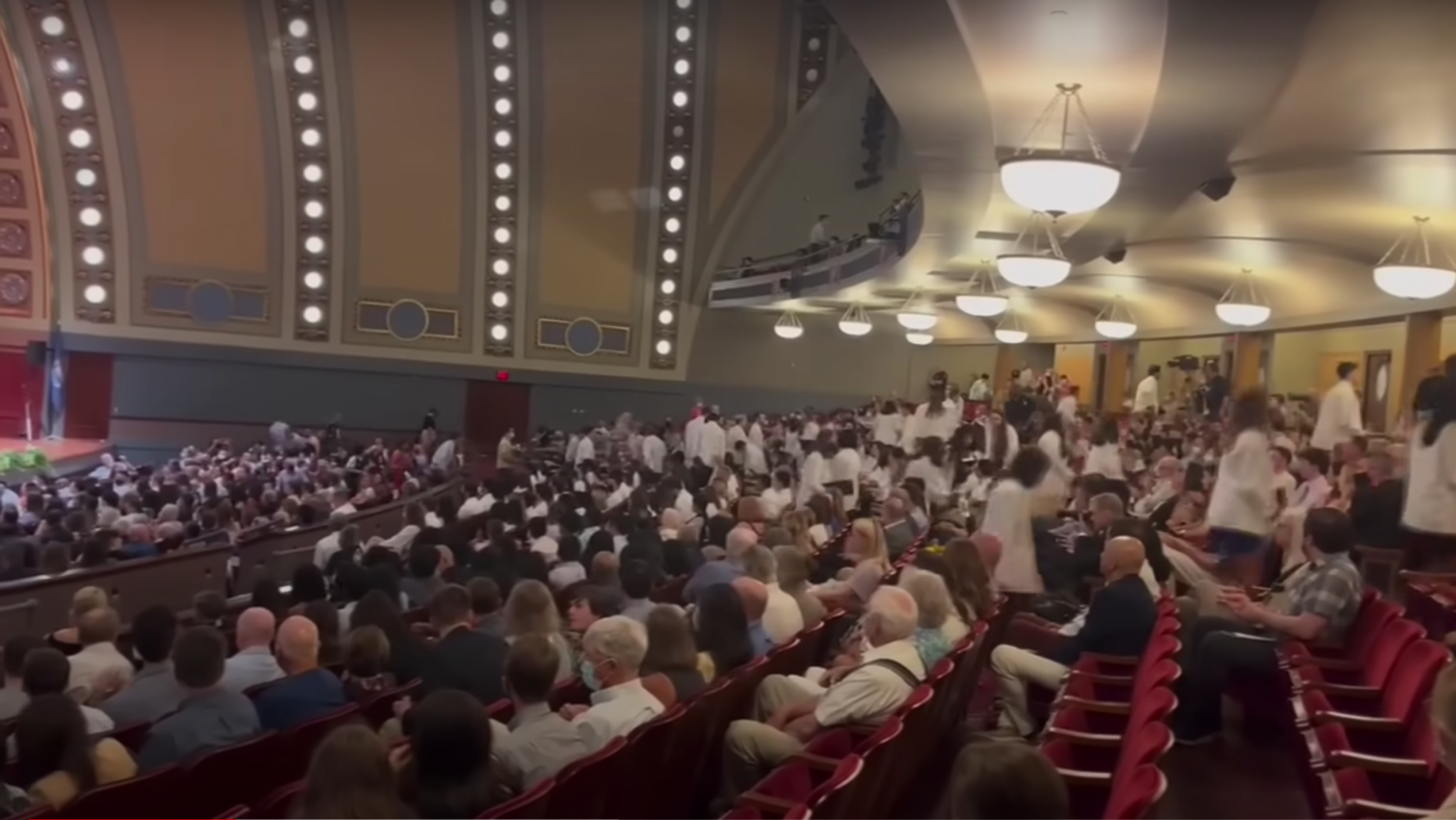 Incoming students to the University of Michigan Medical School staged a walkout on Sunday just before Dr. Kristin Collier delivered the keynote address at the school’s white coat ceremony in order to protest her pro-life views. Tens of students, along with some parents, left the auditorium as Collier moved to the podium. Collier, an assistant professor of medicine at the school, did not actually mention abortion at any point; instead, she focused on welcoming the new medical students “into one of the greatest vocations that exist on this earth.”

A student-created petition signed by 340 current and incoming students that was sent to the school to prevent Collier from speaking was denied by the University of Michigan Medical School. In his letter rejecting the petition, school dean Dr. Marschall Runge said that he felt there is a “critical importance of diversity of personal thought and ideas, which is foundational to academic freedom and excellence” which would be contradicted by preventing Collier from speaking.

Petitioning against or protesting keynote speakers and keynote attendees is a uniquely left-wing phenomenon. After Bishop Robert McManus of the Diocese of Worcester issued a statement on April 3 demanding that the Nativity School of Worcester remove its pride and Black Lives Matter flags, students and professors at College of the Holy Cross circulated a petition demanding he be disinvited from the 2022 commencement ceremony. McManus later announced that he would not be attending the ceremony. The same year, former Secretary of Homeland Security Jeh Johnson was forced to withdraw as a commencement speaker at Vassar College because of his immigration enforcement during the Obama administration. In 2020, Vice President Mike Pence and Ivanka Trump were disinvited from speaking at Wisconsin Lutheran College and Wichita State University, respectively. An attempt was also made to disinvite Pence from speaking at Taylor University in 2019, while Jeh Johnson was disinvited from the University of Southern California that year because of his stance on immigration.

However, conservatives at private Catholic schools have also sought to have keynote speakers disinvited. In 2019, attempts were made by students at Xavier University and Mount St. Mary’s University to prevent Fr. James Martin and Mark Shriver from giving keynote addresses because of Fr. Martin’s support for homosexuality and Shriver’s endorsement of contraception and abortion.

To its credit, the University of Michigan Medical School ensured that Collier did not become a victim of disinvitation. Still, the walkout and the significant approval it garnered illustrate that tolerance for individuals with alternative points of view on American campuses remains in short supply.