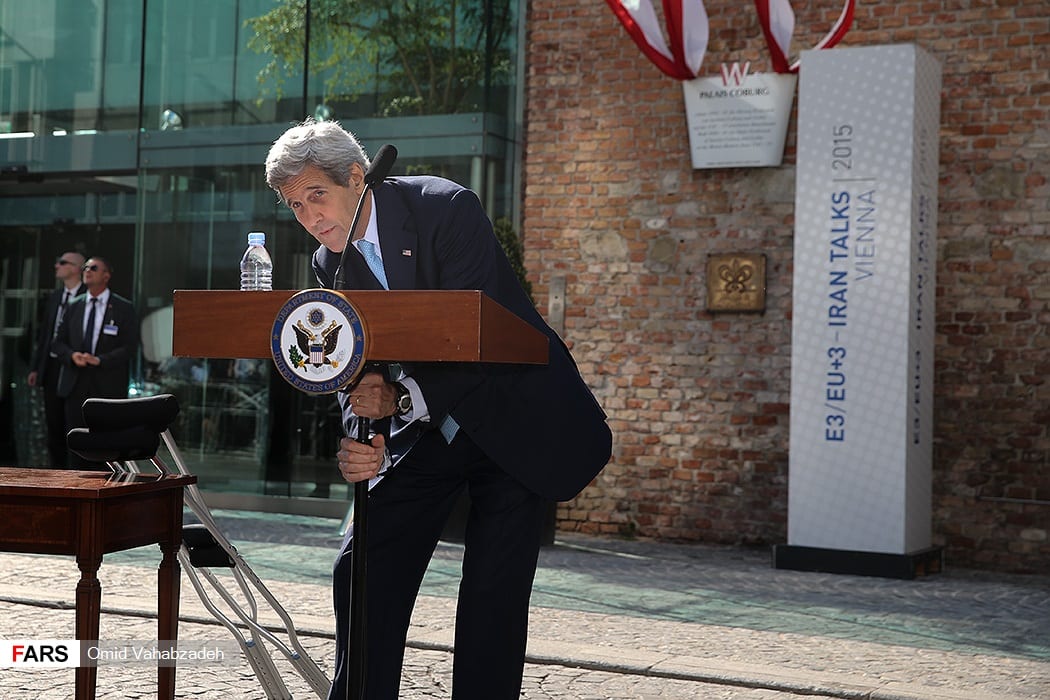 Last week marked two years since the United States withdrew from the flawed nuclear agreement with Iran and began reimposing sanctions. While powerful, these economic penalties have not compelled a substantive change in the Islamic Republic’s behavior, which continues threatening U.S. forces and interests. Now, as the regime’s legitimacy teeters following a cascade of challenges, the U.S. should heighten pressure by increasing Iran’s diplomatic isolation, further exposing its heinous abuses and establishing strong military deterrence.

Iran was accused of breaching some of the nuclear deal’s restrictions prior to the Trump administration’s pullout, including limits on its heavy water stockpile and advanced centrifuges. Its violations intensified following the U.S. exit, leading the deal’s European supporters to trigger its dispute resolution mechanism in January and the International Atomic Energy Agency (IAEA) to complain of Iranian stonewalling in March. Of course, even with perfect adherence, the nuclear accord fails to permanently cut off Iran’s pathway to a bomb — not least because it allows key restrictions on the regime’s nuclear program to expire.

The deal also seemed to embolden Iran’s hegemonic ambitions, granting it billions of dollars in sanctions relief despite its support of ruthless tyrants and terrorists — from Hezbollah and Hamas to its proxies in Iraq and the Assad regime. These days, the Iranian regime and its partners continue to engage in destabilizing activities like targeting U.S. and allied troops fighting ISIS, attacking Saudi Arabian oil facilities, harassing U.S. naval forces, and seizing foreign tankers in international waters.

The regime is now at a critical juncture amid an avalanche of crises and self-inflicted wounds. Its legitimacy — already eroded following its ruthless massacre of Iranian protestors, demonstrations in Iraq and Lebanon, and its shootdown of a Ukrainian passenger jet — has further declined with its opaque, inept response to the coronavirus crisis. Plummeting oil revenues and stalled commercial activity have further battered its bruised economy, and it continues struggling with Gen. Qasem Soleimani’s loss during heightened regional tensions.

Amid it all, the U.S. keeps implementing its “maximum pressure” campaign of economic sanctions, exacerbating a financial crisis caused by the regime’s mismanagement and corruption. Sanctions have led to major cuts in military funding, according to the administration, and cost Iran $200 billion in two years by the regime’s own admission. Iran’s proxies and allies have certainly felt the pinch. Nonetheless, sanctions have not ended the regime’s nuclear or missile programs, its domestic abuses, or its foreign belligerence. While the strike against Soleimani introduced a new layer of deterrence, more action is needed.

The regime is in a uniquely vulnerable position. The U.S. should leverage its diplomatic, information, and military capabilities to strengthen and expand its pressure campaign, substantially increasing the costs for Iranian misbehavior. This includes working — ideally with European partners — to “snapback” United Nations sanctions on the regime for its defiance of nuclear, missile, and arms transfer restrictions, which would also preserve the soon-expiring UN arms embargo. Washington should further encourage its allies and partners, particularly the European Union, to fully ban Hezbollah and clamp down on its operatives and infrastructure.

The U.S. can also substantially improve its information operations. The regime’s atrocities against the Iranian people are tragically widespread and well-documented — from its ruthless oppression of women, political dissidents, and minorities to its bloody exploits abroad. The U.S. should dramatically expand its efforts to expose the Islamic Republic and its proxies, especially within Iran and countries in its orbit, while sharing a message of peace with the Iranian people and unmasking the regime’s extensive disinformation campaigns.

To bolster military deterrence, the U.S. should clarify and adhere to redlines against escalations by Iran and its proxies, underscoring that its strike against Soleimani was not an aberration and that U.S. forces will act in self-defense. President Trump already seems open to such warnings, having recently threatened to destroy Iranian gunboats that harass U.S. naval forces.

The U.S. should also step up maritime interdiction efforts targeting Iranian arms transfers to Yemen and work with regional allies to target weapons facilities belonging to Iran and its proxies in Iraq and Syria. It could also strengthen the military capability and deterrence of Israel, which is on the front lines of confronting Iranian aggression. For instance, it could front-load the defense assistance agreed to in the 2016 U.S.–Israel Memorandum of Understanding — a move that would not add any costs for taxpayers and would support the American defense industry amid an economic downturn. Washington could also replenish and upgrade its prepositioned weapons stockpiles in Israel, and pursue a limited mutual defense pact with Jerusalem.

The U.S. has a broad and powerful set of tools at its disposal. Now, two years following its withdrawal from the nuclear deal, Washington should increasingly deploy them to intensify pressure on the Iranian regime, which is particularly susceptible and struggling with the repercussions of its own disastrous policies.

Lt. Gen. (ret.) David A. Deptula is the former chief of Air Force intelligence, surveillance, and reconnaissance and a senior adviser at the Jewish Institute for National Security of America (JINSA)’s Gemunder Center for Defense & Strategy. He is also the Dean of the Mitchell Institute for Aerospace Studies and a Senior Military Scholar at the Air Force Academy.