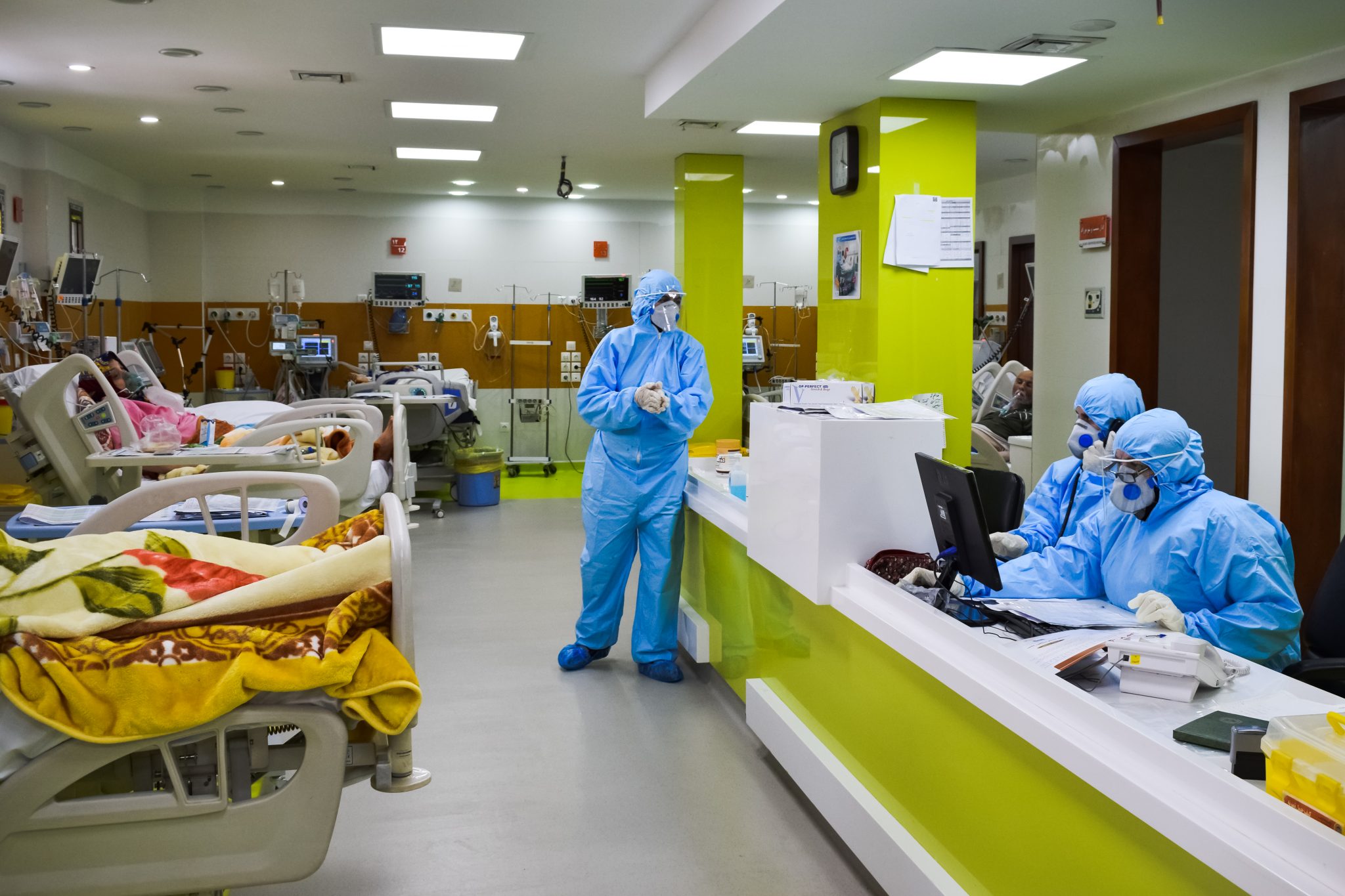 A cohort of professors of Middle East studies at American universities are making common cause with the Iranian regime and using the coronavirus pandemic as a pretext for demanding that the United States lift its sanctions on the Islamic Republic. Is this a credible argument or just Iranian propaganda?

Iran’s government is the leading international state sponsor of terrorism, a violator of its citizens’ basic rights, and an imperial presence in Lebanon, Iraq, and Syria. It also continues its illicit nuclear weapons research. Due to Iran’s malign behavior and violations of its nuclear obligations, the U.S. reimposed nuclear sanctions lifted as part of the 2015 nuclear deal and recently increased economic sanctions on the regime in response to its aggression and repression.

Even as these academics claim that U.S. sanctions “have severely impacted Iranians’ access to medical equipment and essential medicine,” Iran’s actions prove the regime cares nothing for foreign medical aid. In March, Iran’s Supreme Leader Ayatollah Ali Khamenei spurned U.S. humanitarian assistance and kicked out a team from Doctors Without Borders.

The arguments marshalled by these academics against American sanctions downplay the regime’s actions that first prompted the sanctions, its refusal to accept nonfinancial aid, its massive expenditures on foreign adventures and internal repression, and its own culpability for the spread of the virus.

The petition wasn’t the only means by which professors voiced their support for the Islamic Republic; others used their academic perches to parrot or amplify Iranian propaganda. Few are as blatant as Princeton University’s Hossein Mousavian — hardly a shock since he was a member of Iran’s nuclear negotiating team. Mousavian also served as Iran’s ambassador to Germany in 1992 when an Iranian hit team killed four Kurdish dissidents in Berlin. He dutifully ran interference for the regime to shield Iran from the consequences of perpetrating a terror attack on foreign soil. Today, Mousavian’s Twitter feed is filled with tweets from others deploring U.S. policy toward Iran, including sanctions. Nothing (in English) criticizes Iran for its terror, repression, or regional aggression.

In a January essay, Mousavian called the sanctions “inhumane” and criticized the killing of Iranian Quds Force commander Gen. Qassem Soleimani and Abu Mahdi al-Mohandes, the commander of the Iran-backed Iraqi Popular Mobilization Forces, lauding them as leaders of the “resistance” against “U.S. and Israeli hegemony.”

Another former regime official making an academic case against sanctions is Hadi Kahalzadeh, a doctoral fellow at the Crown Center for the Middle East Studies at Brandeis University. An economist with the Social Security Organization of Iran (SSO) for eight years, he wrote in April that “the United States needs to acknowledge its role in worsening a humanitarian crisis that threatens the lives of hundreds of thousands of Iranians.” While Kahalzadeh acknowledges Iran’s “mismanagement and corruption,” he omits that Iran has rejected direct aid or that its own actions have prompted the sanctions.

In a similar vein, Aslı Ü. Bâli and Aziz Rana, law professors and UCLA and Cornell, respectively, argued against the use of sanctions as a foreign policy tool. Specifically, they wrote, “the coronavirus spread to Iran at a time when sanctions had already created dire conditions in the country.” Like the others, they didn’t address Iran’s actions that prompted the sanctions.

Also arguing Iran’s case is Vali Nasr, a former adviser in the Obama State Department who teaches at the School of Advance International Studies (SAIS) at Johns Hopkins University. In March, Nasr argued that blocking the International Monetary Fund (IMF) loan was “not only morally reprehensible” but also “undermines America’s own interests, both by enabling the virus to continue to spread and by reinforcing the image of the US as a villain.” Nasr ignored Iran’s malfeasance and aggression, but echoed the regime’s anti-American rhetoric. The IMF funds would have supported Iran’s regional aggression; there’s nothing villainous about preventing that.

Nasr’s colleague, Narges Bajoghli, an assistant professor of Middle East studies at SAIS, co-authored an op-ed in the New York Times claiming that continued U.S. sanctions could cause the world to “suffer the consequences of the unfettered spread of a deadly disease.” She acknowledged Iran’s mismanagement of the crisis but said the sanctions threatened Iran with “financial strangulation.” Since the op-ed’s appearance coincided with Iran’s ousting of Doctors Without Borders and Khamenei’s rejection of U.S. aid, events quickly disproved its premise. Additionally, even as Iran requests a $5 billion loan from the IMF, Foreign Minister Mohammad Javad Zarif has bragged it has $100 billion in strategic reserves.

Earlier this year, Iran’s President Hassan Rouhani thanked the country’s foreign ministry for its “concerted effort to influence public opinion and say ‘no’ to sanctions.” He might instead have lauded American professors who faithfully promote the regime’s propaganda. The arguments marshalled by these academics against American sanctions downplay the regime’s actions that first prompted the sanctions, its refusal to accept nonfinancial aid, its massive expenditures on foreign adventures and internal repression, and its own culpability for the spread of the virus. At a time when Iran’s leaders deplore their supposed poverty, professors should expose the duplicity of a regime that has ample resources to supply its proxies, destabilize the region, enrich uranium, launch satellites, and persecute its own citizens. Their willful blindness to Tehran’s perfidy cements their reputations as apologists for a tyrannical regime.

David Gerstman is managing editor of Campus Watch, a project of the Middle East Forum.