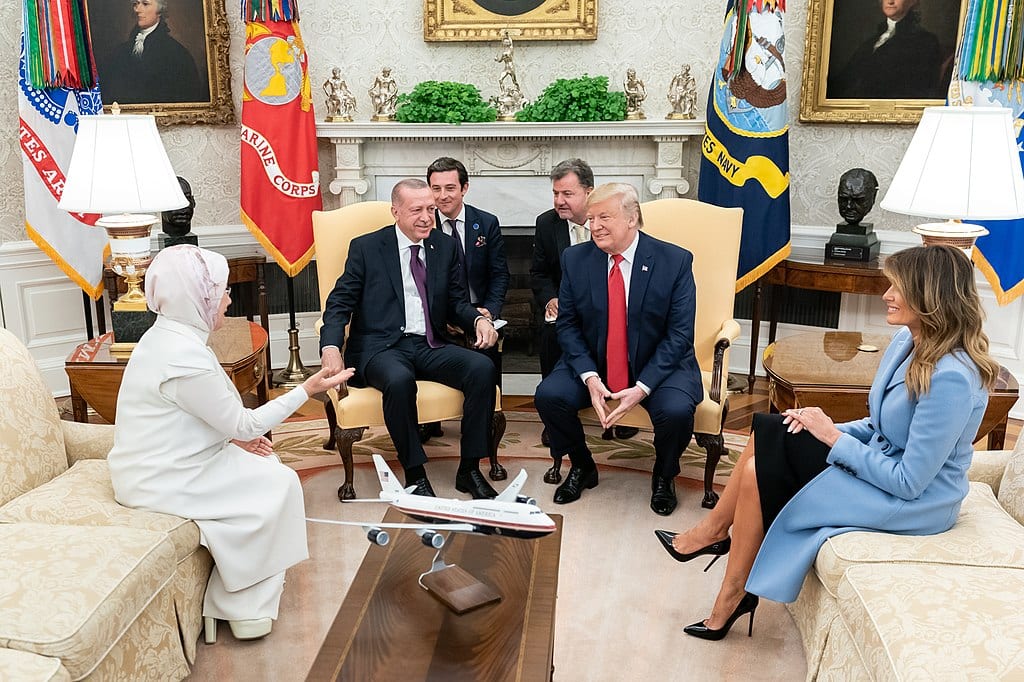 The Little Cold War between the United States and Iran rages on. Iran’s theocratic leaders have declared their intentions to surge forward with the production of their nuclear weapons program; U.S. forces captured a cargo transport containing missile components that were “more advanced than anything [the Americans] had previously seized” heading for the Houthi rebels fighting in Yemen; and the Iranians have launched a computer virus that targets Windows operating systems and wipes the systems of those infected computers clean. Iran is targeting the computer systems of “industrial and energy sectors,” according to Forbes. This indicates another asymmetrical escalation against the vulnerable international oil supply on the part of Iran. And, in the sage words of the Big Lebowski character Walter Sobchak, “This affects all of us, man!”

And just when it appeared that the United States was finally on the same strategic page as its two primary regional allies, Israel and the Kingdom of Saudi Arabia, events have taken a turn against the American-led coalition and its attempt to stymie Iran’s constant regional expansion. Should this weak alliance fray, the American position in the region could splinter. Thus, a new player — America’s long-time “frenemy” Turkey — must be added to the attempted U.S.-led anti-Iran coalition in the Mideast.

First, Israel’s current prime minister, Benjamin “Bibi” Netanyahu, cannot seem to shake a corruption investigation that threatens to tear down his ruling coalition. The stalwart ally of U.S. President Donald Trump, Prime Minister Netanyahu is effectively under siege from the left-leaning Israeli establishment for much the same reasons that Trump is being attacked by the American “deep state”: both men threaten to undermine the carefully constructed bubbles of power that the American and Israeli elites have constructed for themselves in their respective capitals.

Whatever Netanyahu did or did not do in the way of purported corruption, no charge is worth publicly weakening Israel’s leadership at such a tense moment in the region. What’s needed is strong leadership in Jerusalem, not a leader who is constantly being sniped at by overzealous members of his opposition, to the detriment of Israeli security and regional stability. These actions on the part of Israel’s “deep state” risk undermining the coalition that the Trump administration has been building against Iran.

Second, shortly after the president promised to send an additional 7,000 U.S. troops to Saudi Arabia to further deter its Iranian rival, a heinous terrorist attack was conducted at a U.S. Navy base in Pensacola, Florida. The FBI has declared the attack to be an “act of terrorism” (a refreshing claim after years of denials surrounding similar events that occurred during the Obama administration). The attack was conducted by a Saudi national who was sent by his government to receive training from our military.

Despite the fact that the United States has maintained a deep alliance with Saudi Arabia since the late 1940s, it is mostly from Saudi Arabia where the Wāhhabīst and Salafist ideology (the radical Islamist ideas that inspire terror groups like al Qaeda) emanates. This has always complicated what should be an otherwise amicable and mutually beneficial relationship between Washington and Riyadh. Due to this terrorist attack, even Republicans in Congress are demanding that President Trump express his extreme displeasure with Saudi Arabia. For his part, sensing that the budding alliance between the United States, Israel, and Saudi Arabia may be falling apart under its own internal contradictions, President Trump has refused to speak out against the Saudi leadership too loudly.

Breaking the Bonds Between Us

The more that Iran aggressively clings to its delusional goal of becoming the regional hegemon at all costs (even as its population loudly rebels against the country’s theocratic leaders), the more important an American-led regional alliance consisting of Israel and Saudi Arabia will become. But at the precise moment that solidarity between Washington, Tel Aviv, and Riyadh is needed, the would-be coalition is fraying — leaving the Americans holding the proverbial bag as Israel increasingly looks inward and as Saudi behavior prevents decisive American military assistance from coming forward.

Without these partners on the ground, Washington will have two options: either it abandons the region to Iranian perfidy or it fights a potentially nuclear-armed Iran led by theocrats who, as their people rampage through their own streets against them, increasingly have little left to lose. Not only is a direct conflict with Iran totally senseless from an American perspective but so too is pushing away Israel and Saudi Arabia — the only two powers in the area that could realistically help prevent Iran’s regional dominance.

Still, given that Iran is a threat to American interests in the region, Washington cannot shirk from this threat. I have long favored replicating the successful approach the West employed against the Soviet Union during the Cold War: containing Iran by building up the powers around it who stand to be harmed by Iran’s potential regional domination. More covert action must be taken against Iran, as Jed Babbin has recently argued in the pages of the Washington Times. A non-kinetic approach with a light American military footprint is key. But the region’s powers who are most threatened by a revanchist Iran must provide the backbone for any coalition against Iran. If these regional powers — such as Saudi Arabia and Israel — are seriously weakened as American partners, then the situation there will rapidly turn against the West.

There is one group that has been noticeably absent amidst the American attempt to contain and strangle Iran’s growing power: Turkey. Although it has proven to be a troublesome ally that should probably be removed from the NATO alliance in the near future, the fact is that Turkey is not only an Islamic power with a rich history of dominance in the Middle East but is also a major linkage between the Greater Middle East and the West. And, despite the growing rift between Turkey and the rest of the West, both Turkey’s strongman President Recep Tayyip Erdoğan and U.S. President Trump appear to have a working relationship (this was most recently evidenced by Turkey’s support for President Trump’s proposals at the NATO summit).

For its part, Turkey aspires to reclaim the mantle of dominant Islamic power in the world. Erdoğan considers himself the new sultan of a neo-Ottomanist movement. Turkey is the one regional power that could offer balance against Iran. What’s more, Erdoğan’s aspirations to become the region’s dominant Islamic power place Turkey and Iran at odds. Not only are they on opposite sides of the Sunni–Shiite religious divide but Turkey is also a powerful country armed to the teeth with American weapons. If the Saudis prove unable to provide the necessary Sunni counterbalance to Shiite-led Iran and if the Israelis are unable to make up for the extreme weakness of the Saudis in the attempted U.S.–Israeli–Saudi alliance against Iran, then the responsibility must fall to Turkey.

The stakes in the Middle East are between the United States’ effort to contain Iran, leading to a direct U.S. military intervention against that country (which could cost an immeasurable amount of lives), and ceding the region to forces entirely inimical to the U.S. national interest. For now, U.S. interests in the region are keeping the vital maritime shipping routes open and, consequently, the region’s vast oil supplies flowing to world markets. These interests are important and will continue to be — that is, until American energy independence becomes the new normal. For now, though, Washington will need to remain engaged in the wider region. But Washington will not wish to do so on a unilateral basis. Just as it did during the Cold War, Washington will need regional partners who can do the heaviest lifting against the shared threat.

So, while encouraging Turkey’s neo-Ottomanist impulse in the region is morally distasteful, the alternatives for the United States are far more so. Turkey’s bizarre yearning to reclaim lost Ottoman imperial holdings in the Middle East, as disturbing as these ambitions are to consider, just might provide the key to the unstable American alliance in the region.