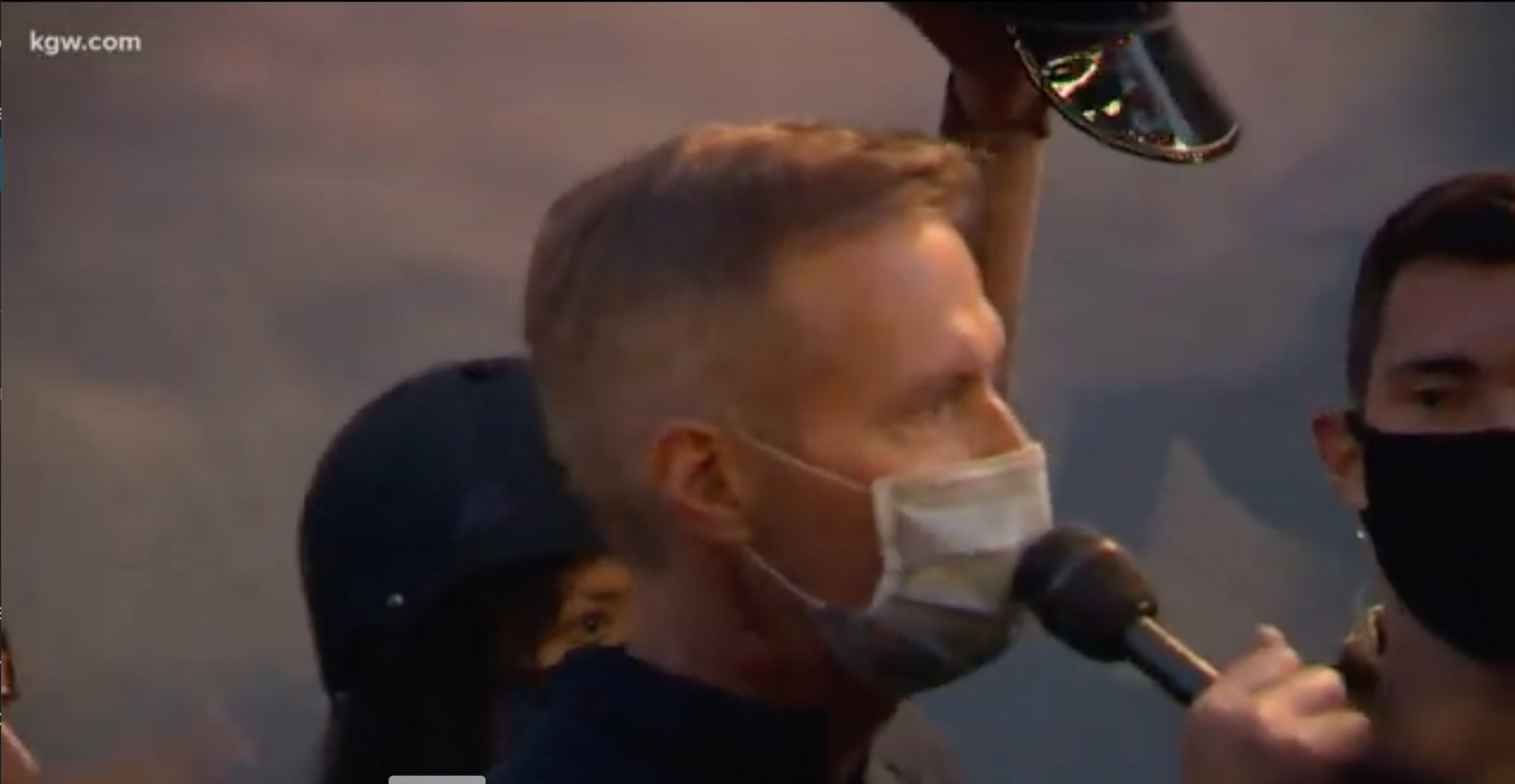 What happens when the Left gets political power? In cities like Portland, Oregon, despite the coronavirus, anarchists stage mass protests that turn violent.

Amazingly, CNN and other national news outlets think that this lawless behavior is not only acceptable but laudable. They produce fawning coverage of the so-called mostly peaceful protests.

Consider “Wall of Moms” — a group of mostly white mothers who wear yellow and orange shirts and march ahead of protesters in Portland. Their name evokes the muffled cries of George Floyd for his “momma” as a white Minneapolis police officer kept his knee on the 46-year-old African American’s neck in May. It was Floyd’s killing that prompted the Portland protests.

Rolling Stone described the feisty moms’ goal as “attempting to shield younger, edgier protesters from law enforcement violence.” For some reason, my profession loves to portray anti-police protesters as benign activists innocently going about their business only to be stopped by mean-spirited authorities.

But the moms can’t be that stupid. It tells you everything you need to know that the moms march starting at 9 p.m. and go into the night — when the anarchists and thugs have free rein — and where have they gone? To the already trashed Mark O. Hatfield federal courthouse.

The matrons ostensibly just want to protect the little cubs, who somehow weren’t stopped from torching the Portland Police Association earlier in the month and leaving a swath of obscene graffiti and broken glass in their wake.

It’s too bad the moms saw no reason to shield local merchants who have shuttered their businesses and may just be run out of business.

Portland businessman Alex Hofburg told KPTV he was closing shop: “I’ve paid millions of dollars in taxes over the 30 years that Watchworks has existed there and I am fed up with not being given the same protections that people who pay no taxes are getting.”

What happens when the Right gets power? President Donald Trump sends federal agents to guard Portland’s federal courthouse, even as Oregon’s governor and Portland’s mayor tell him not to.

Sure, Trump has the authority to do so. “That type of deployment to protect federal enclaves and buildings can be done without any special proclamations or orders,” George Washington University Law professor Jonathan Turley wrote on his blog. “It is part of the inherent authority vested in the federal government. Indeed, it does not even require a special executive order.”

That doesn’t mean that Trump should engage in a massive deployment of law enforcers into cities badly run by Democrats, even if he does think it will help him in November.

It’s not a good look for a president to claim that the coronavirus is a state and local responsibility even as some governors and mayors begged for help and then to send federal law enforcement into a city that doesn’t want them.

If Trump believes in local control, he should keep federal agents outside of blue cities.

By sticking his nose where it is not wanted, Trump has fed the narrative that law enforcement provokes violence — when the 50-plus days of destructive Portland activism already made it clear that destructive protests erupt in cities that won’t stand up for themselves. It’s not the feds; it’s the weak mayors.

Wheeler also blamed the feds for engaging in “urban warfare.” Fires were burning around the courthouse and vandals had breached a security fence. To some Oregonians, alas, the big problem was that federal agents weren’t wearing the right uniforms and nametags — not what the mob did to the halls of justice.

The moment provided a contrast that will be handy in November: Who do you want to represent you, the guy who wants to protect the courthouse or the guy who thinks getting tear-gassed wins him political points?

I watched Wheeler on TV and thought, If only Wheeler directed the same outrage that he clearly holds for Trump toward violent protesters who have trashed his city.