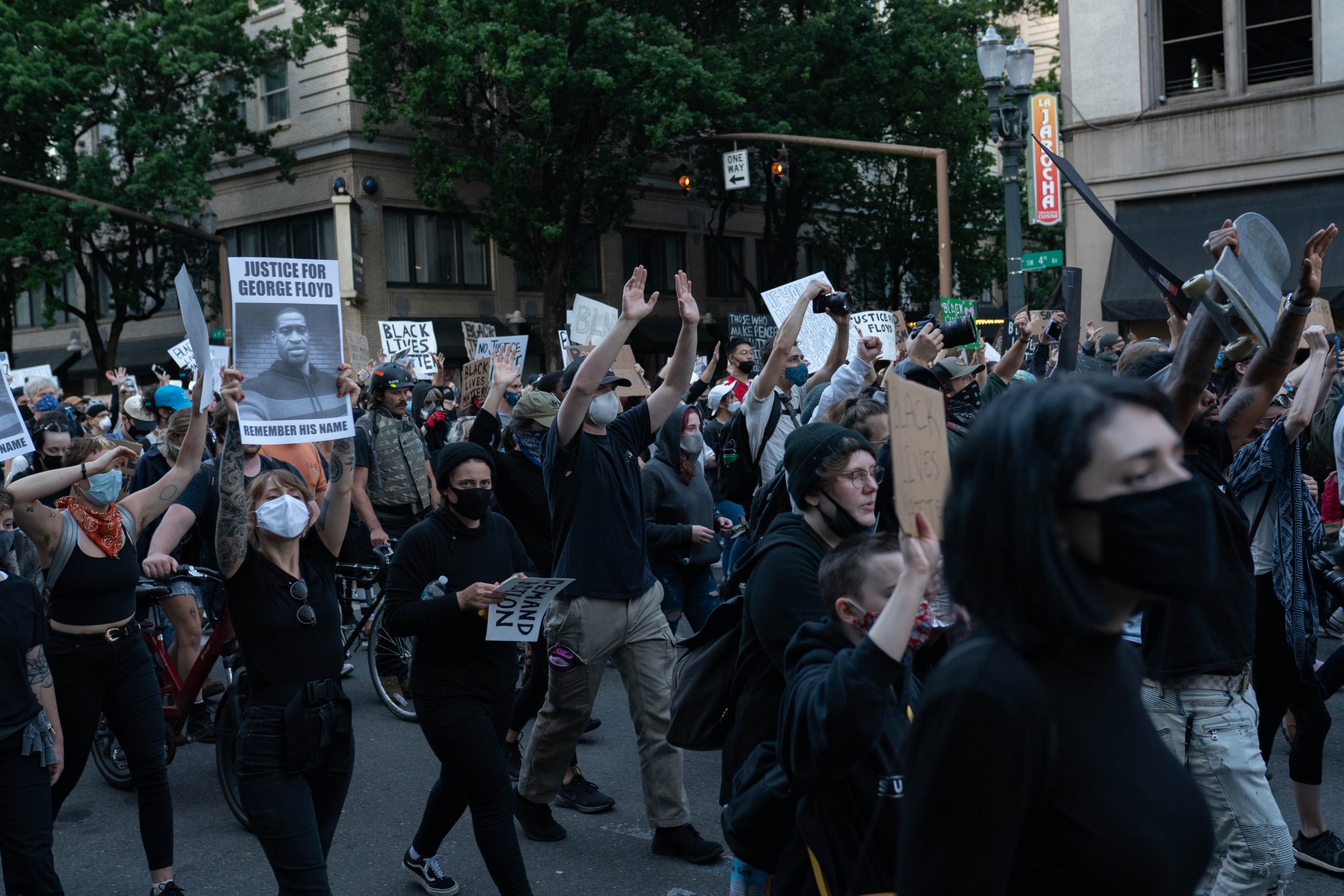 Portland Mayor Ted Wheeler was called on to quit his job as he joined the radical protesters on Wednesday night.

Protests in Portland have continued for over 50 days, as President Trump dispatched federal agents to quell the turmoil last week.

The Portland city council passed a resolution that bars communication or coordination between Portland police and federal agents.

On Twitter, Wheeler, whose bio makes sure to identify his preferred pronouns, criticized Trump’s decision to send agents: “Not only do I believe he is breaking the law, but he is also endangering the lives of Portlanders. His actions are unconstitutional.”

President Trump’s decision to send federal law enforcement was wholly constitutional, though. 40 U.S. Code Section 1315 gives the Department of Homeland Security the power to protect federal property and “make arrests without a warrant for any offense against the United States committed in the presence of the officer or agent or for any felony cognizable under the laws of the United States if the officer or agent has reasonable grounds.”

Wheeler stood with crowds of protesters, who launched fireworks, threw garbage, and started fires inside a fence put up by federal law enforcement outside a federal courthouse.

At the protest, he gave a speech bashing Trump’s decision to bring federal agents to enforce the law and protect federal property and praising his own acquiescent police reform measures like reducing the department’s budget.

But this was not enough for the protesters, who yelled, “This is your fault!,”  “F**k Ted Wheeler!,” and “Quit your job!”

The protesters also chanted, “Black Lives Matter!” BLM supports defunding or reduced funding of police departments across the United States, and though the leftist mayor catered to their wishes, it wasn’t enough.

Like Maximilien Robespierre, the radical Jacobin leader of the French Revolution, Wheeler was betrayed by the very revolutionaries he propped.

Robespierre led and supported the French revolutionaries and encouraged the execution of over 17,000 “enemies of the revolution,” only later to be arrested and guillotined himself by his fellow Jacobins.

Wheeler is not the first liberal mayor to have bowed to the revolutionary mob, only to be sent to the metaphorical guillotine.

Minneapolis Mayor Jacob Frey tried to appease protesters by attending Black Lives Matter rallies but was hung out to dry.

While participating in one such rally in early June, he was surrounded by protesters, who asked if he would commit to defunding the Minneapolis police department. When he answered that he could not agree to the full defunding of the police, he was met with boos and “Get the f**k out of here!” on his walk of shame from the crowd.

Frey and Wheeler’s strategy of appeasement was not sufficient to satiate the revolutionaries on the left, and it should set a clear example for other political leaders: Don’t bow to the mob; you’ll be sent to the guillotine.