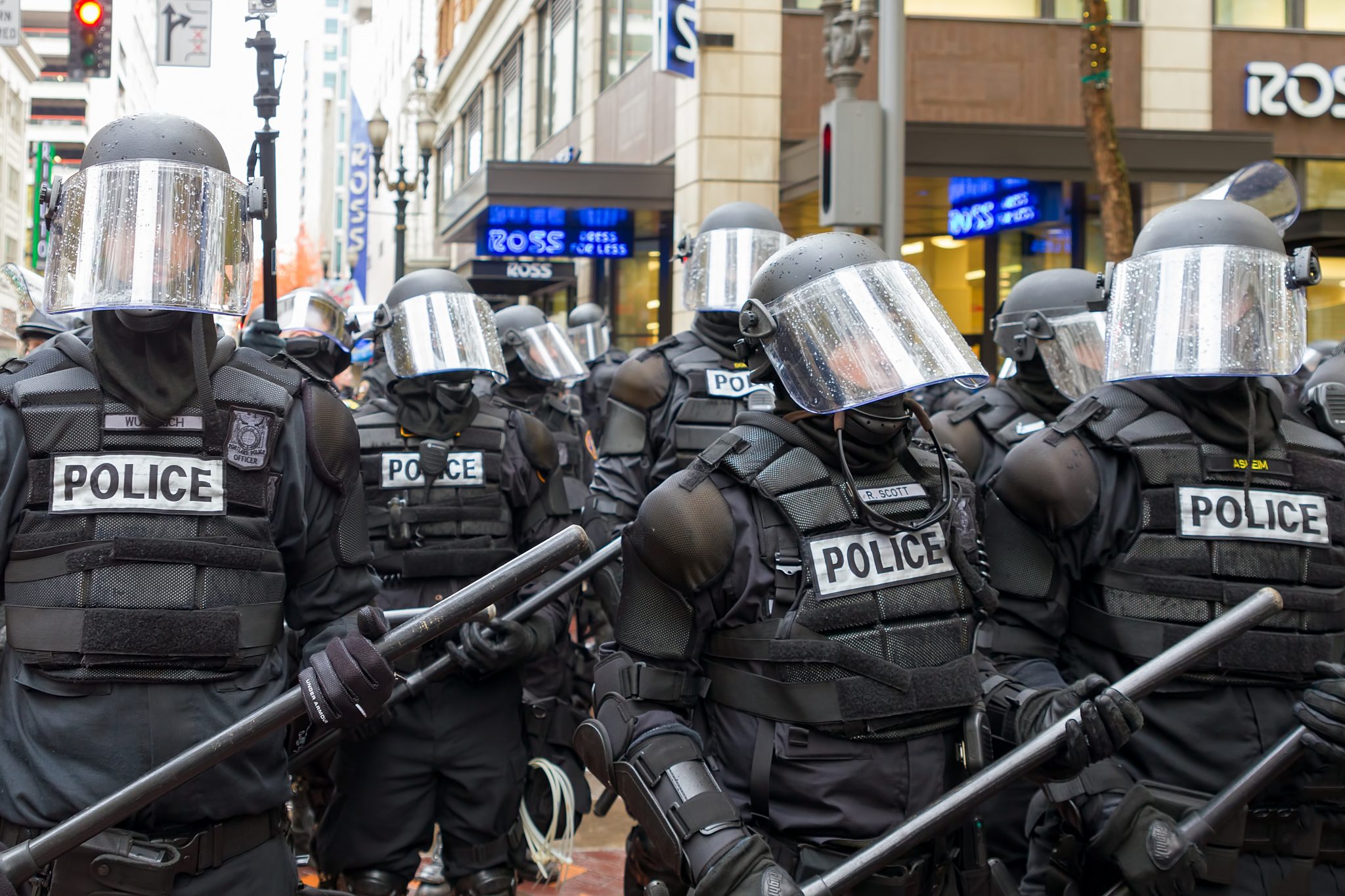 Early Wednesday, protesters in Portland, Ore., sought to create an “autonomous zone” but were stopped by Portland police along with federal officers as part of an attempt to shut down the violent protests in the area.

Unlike CHAZ/CHOP, Seattle’s autonomous zone, which was given free rein to anarchists for weeks starting in early June, Portland’s attempt was stopped soon after it began.

Hundreds of protesters in Portland attempted to establish CLAT, or the Chinook Land Autonomous Territory, by setting up barricades and tents, lighting fires in the streets, and blocking entire lanes of traffic.

The Pacific Northwest (PNW) Youth Liberation Front, a radical group that describes themselves as a “decentralized network of autonomous youth collectives dedicated to direct action towards total liberation” and regularly refers to police officers and federal agents as “pigs” in their tweets and said that they are currently living under a “fascist police state,” urged followers to show up and create CLAT.

The account tweeted early Wednesday morning, “The autonomous space at Lownsdale sq has also been dubbed the Chinook Land Autonomous Territory or #CLAT, which I enjoy a lot because we’re on stolen f*****g land. So come on down to the CLAT and build some barricades and eat ribs! And stay all night!” The tweet also included the #ACAB, or “All Cops are B*st*rds,” and #BLM hashtags.

Though police quelled the autonomous zone soon after it started and avoided another CHAZ, they were late to address the fact that protesters had already wreaked havoc on Portland for weeks. Acting Department of Homeland Security Director Chad Wolf released a timeline of the damage and violence committed by the “anarchist” protesters, condemning them for their destructive actions

The timeline dates back to May 29 and includes graffitiing, destruction of property, and attacking police with items such as hammers, animal seed, and commercial grade lasers.

“The city of Portland has been under siege for 47 straight days by a violent mob while local political leaders refuse to restore order to protect their city. Each night,” said Wolf, “lawless anarchists destroy and desecrate property, including the federal courthouse, and attack the brave law enforcement officers protecting it.”

To protect federal property being damaged by protesters in Portland, federal officers were sent to Portland in early July, and they started arresting and detaining protesters, after which leftists on Twitter started characterizing them as Gestapo, Adolf Hitler’s secret police used to exterminate the Jews in Nazi Germany. Their concerns come from the officers arresting protesters from unmarked vans.

“This politically driven federal response is intolerable,” they said.

Wyden also tweeted yesterday, “Trump and Chad Wolf are weaponizing the DHS as their own occupying army to provoke violence on the streets of my hometown because they think it plays well with right-wing media.”

The left’s outrage over police and federal officers quelling anarchy in Portland while overlooking the criminal acts and lawlessness ravaging the city is astonishing. If anyone is promulgating a political response, it’s them.