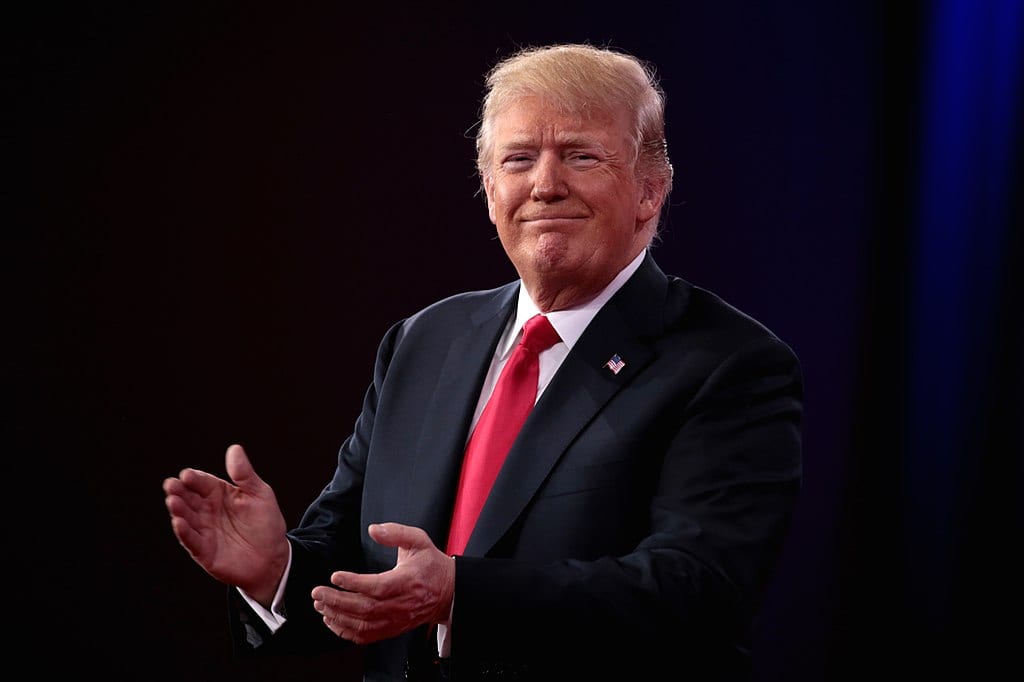 Generally seen as underwater, below the surface things are very different for Trump. President Trump elicits strong reactions from two-thirds of America’s electorate. Yet among the one-third in neither camp, the president is quietly doing quite well.

On the surface, these results are unexciting… until compared to 2016’s actual results. In 2016, Trump received just 46.1 percent of the popular vote. Rasmussen’s 4/16 results put him five percent ahead of what won him the presidency.

Compared to 2016 exit polling, Trump is growing his base supporters and his base opposition. Yet among those without strong feelings, he is winning 2-1. In 2016, Trump won Independents by just 46 to 42 percent. What Trump is losing to strong opposition, he is more than making up for in softer support.

Trump’s critics will question these comparisons; however, there are strong answers.

Yes, it is just a one-day result, but the trend is the story. Trump has markedly recovered from his Rasmussen 8/2/17 low of 38/62 percent approval/disapproval and 25/50 percent strong approval/strong disapproval.

Admittedly, strong approval, strong disapproval, and the “not strong” remainder are just proxies for political affiliation. Still, they are important in themselves. After all, Trump is more sui generis than defined by partisan pigeonholing.

Critics will say Trump drew to an “inside straight” in 2016; in poker and politics, you do not win that bet twice. True, he did… in 2016. He may not need such breaks in 2020. On approval/disapproval, he is ahead of his 2016 position, and doing very well among the non-aligned, where he most needed improvement. Hardcore voters may dominate less-attended midterm elections, non-hardcore voters decide more broadly-attended general elections. They are not the “Silent Majority,” but the “deciding minority.”

The Democratic establishment foisted Clinton on the party. It is doubtful they can do this with another establishment Democrat. If not, recall who finished second for their 2016 nomination. Could a hard-left 2020 nominee actually outperform Hillary 2016 in a race against Trump?

The real question is whether Trump’s trend can continue. Three powerful things underlie it: Peace, prosperity, and incumbency.

Barring sudden change, America is at peace abroad and without obvious sources of potential foreign conflict. And the administration has its overlooked success against ISIS to point to. Even conflict, at least in the short-term, favors a president. Over a year after 9/11, President Bush bucked the midterm loss norm, gaining Congressional seats in 2002’s election.

Prosperity is the clearest factor favoring Trump. The economy is stronger than in years, and its growth looks likely to continue. Probably no issue has greater impact on the non-hardcore electorate. A strong economy won Bill Clinton easy reelection, despite being initially elected with a smaller popular vote percentage than Trump.

Incumbency is almost forgotten completely; yet few likely benefit more from it than Trump. No one needs to appear more presidential, and sometimes he still does. Nothing better addresses this problem than already being president. And incumbents almost never lose: Only three have in the last century.

Despite appearances of trouble, Trump is stronger than most realize. He is ahead of where he was when he won in 2016. More significantly, he is moving to where he needs to be to win again in 2020.