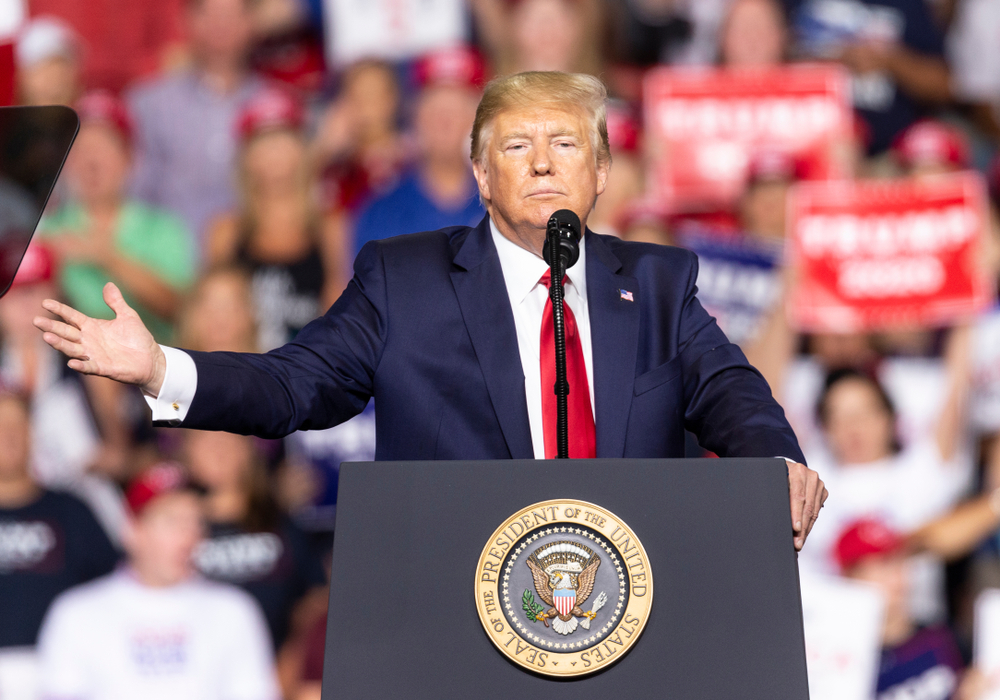 In a speech this past week, former President Donald Trump vowed that if reelected he will make a point of ending the federal government’s censorship of Americans’ free speech.

Within hours of my inauguration, I will sign an executive order banning any federal department or agency from colluding with any organization, business, or person, to censor, limit, categorize, or impede the lawful speech of American citizens….

I will begin the process of identifying and firing every federal bureaucrat who has engaged in domestic censorship — directly or indirectly — whether they are the Department of Homeland Security, the Department of Health and Human Services, the FBI, the DOJ, no matter who they are.

He also touched on another problem — namely, the revolving door that has developed between federal government employees and Big Tech — saying he would have a “seven-year cooling off period” for “any employee of the FBI, CIA, NSA, DNI, DHS, or DOD” who headed to a Big Tech company that handles “vast quantities of U.S. user data.”

Note well that only in the last few weeks did Elon Musk fire Twitter’s legal counsel — former FBI general counsel James Baker — who played a role in the Trump–Russia collusion hoax and then left the FBI to go to Twitter to be its legal counsel. Baker is the personification of the Big Government–Big Tech revolving door that Trump vows to end.

Trump’s proposal is a seriously much-needed and quite-basic reform that should never have been needed in the first place. But the American Left’s addiction to working with Big Tech to silence dissent — aka conservatives and Trump supporters, not to mention Trump himself — has made this reform vital to the success of a functioning democracy.

From over at RT, here is but one sample headline from the many that have now started to appear following Musk’s repeated “Twitter Files” dumps that show just how the censorship game was played in an unholy alliance between Twitter and Big Government:

The RT story begins by reporting this:

US federal agencies worked closely with Twitter moderators to clamp down on what they saw as “disinformation” during the 2020 election. Executives went to great lengths to scrub certain content they deemed false and dangerous, following increasingly frequent sit-downs with law enforcement and intelligence orgs, according to the third installment of the “Twitter Files.”
Published on Friday by journalist Matt Taibbi, the trove of files includes messages from Twitter’s former head of Trust and Safety, Yoel Roth, revealing he was running out of “generic” names to disguise his increasingly regular meetings with federal officials ahead of the 2020 election in the company calendar.

This Twitter–FBI tie was a direct assault on the free speech of every American, illustrating exactly what was mentioned here in The American Spectator earlier this week when the news broke that former first lady Michelle Obama had gone to Twitter demanding that they silence then-President Trump. Twitter’s leftists — every bit as totalitarian minded as Mrs. Obama — quickly complied with her request.

Make no mistake. The first target here was Trump. But if he vanished from the scene tomorrow, this kind of assault on the free speech of Americans would still be going on — and it would get worse.

As I also noted in my earlier column, whether it is Mrs. Obama demanding that Twitter blacklist Trump, the leftist employees of publisher Simon & Schuster demanding that a book from former Vice President Mike Pence not be published, or the New York Times staff demanding the firing of their op-ed page editor because he published a piece from a Republican U.S. senator, what all three incidents have in common is the underlying totalitarian demand to silence free speech and dissent. And this woke effort to silence dissent is all over American society, from academia to corporations to Hollywood and more.

It is nothing less than startling that a former president of the United States and current candidate for a second term has to make the pledge that he did. But necessary it is, and Trump should receive congratulations for being unafraid to stand up and demand that one of the most fundamental rights of every American be respected and defended.

Question: Where are the Republicans in the Senate and House rallying to Trump’s proposal and standing up for free speech?