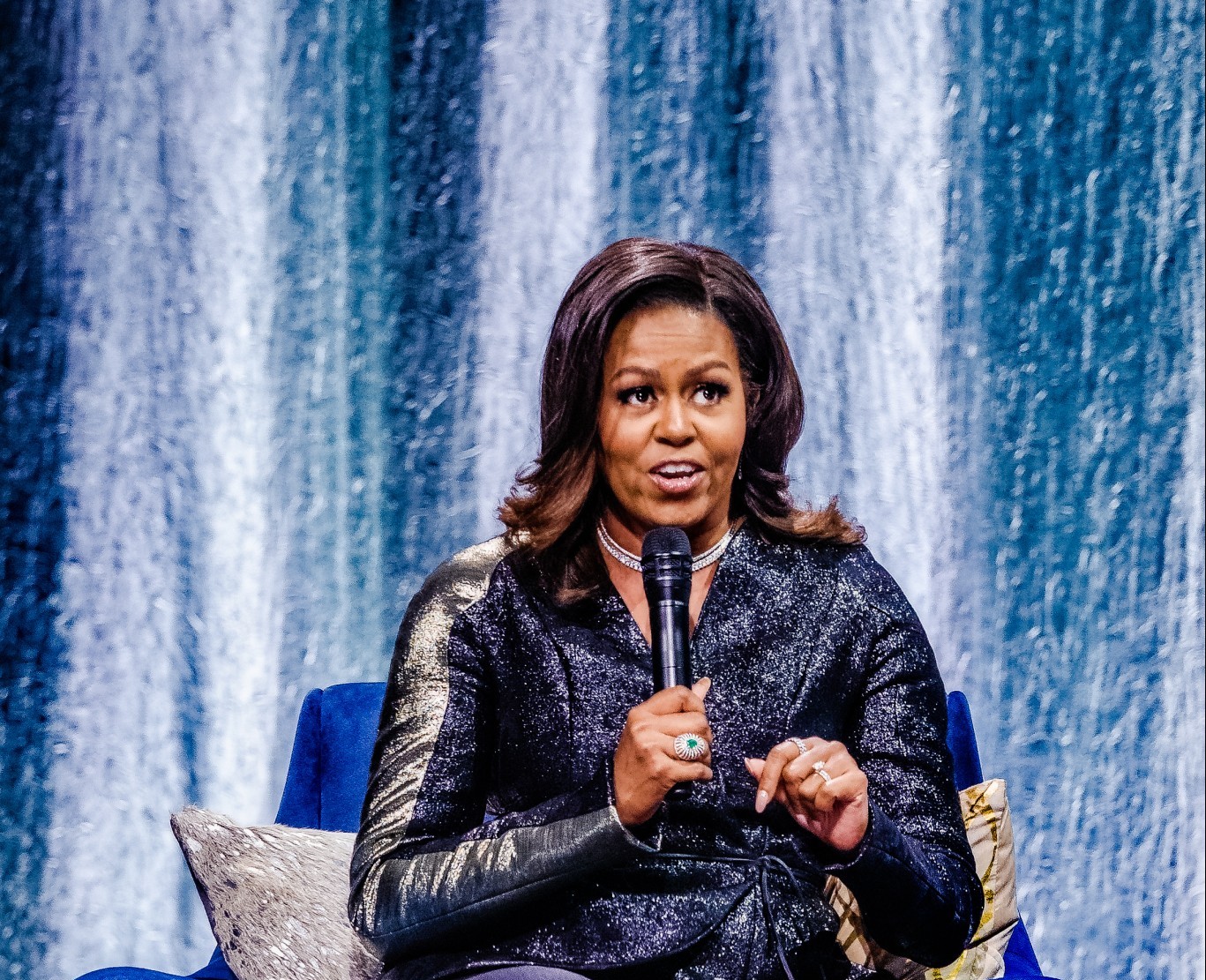 The thought occurs: Who died and left former first lady Michelle Obama in charge of who is and who is not allowed on Twitter?

Former President Donald Trump was banned from Twitter the day after former first lady Michelle Obama and others demanded the company “permanently” remove him, according to the newest “Twitter Files” installment.

Mrs. Obama is married to a former president under whose administration the Justice Department spied on then–Fox News journalist James Rosen and the IRS used its powers to target tea party organizations to harass and ultimately silence them. It was also in the Obama era that the FBI set itself up as the government arm of the move to defeat then–GOP candidate Donald Trump. And it was also members of her husband’s administration who, according to the Washington Post, were plotting and scheming over how to undermine the newly sworn-in president in January of 2017. The Post reported:

Less than two weeks into Trump’s administration, federal workers are in regular consultation with recently departed Obama-era political appointees about what they can do to push back against the new president’s initiatives….

While many federal workers have begun to consider avenues of dissent only since the inauguration, others had been preparing for weeks. In the last days of Obama’s tenure, several departments catalogued data and reports and got them into the hands of allies outside the government.

And the response of Barack Obama, during and after his presidency, to all of this deliberate resistance to the new Trump administration by members of Obama’s own administration? Nothing.

It would be wrong to attribute all of this tidal wave of censorship and silencing to Michelle Obama. But that she played a role — a quite deliberate role — in silencing a sitting president — or, for that matter, anyone — is one more vivid illustration of the totalitarian, fascist impulse that runs deep in the American Left.

It doesn’t matter if it’s the leftist employees of Simon & Schuster trying to stop the publication of former Vice President Mike Pence’s memoir or New York Times staffers demanding — and getting — the resignation of opinion-page editor James Bennet for running an op-ed from Republican Arkansas Sen. Tom Cotton that recommended Trump call out the troops to quell the dozens of riots that burst out in American cities in the summer of 2020 in response to the murder of George Floyd. It doesn’t matter if it’s the Biden Justice Department criminalizing politics by going after Trump or zeroing in on the protesting parents of kids in the Virginia school system who are upset that their kids are being indoctrinated by leftist school boards. In all cases, the totalitarian-style response is first, last, and always to silence whoever is making noise.

The fundamental core principle, which Michelle Obama has vividly illustrated, is that the American Left is, at its base, fundamentally anti–freedom of speech. It is a philosophy rooted in totalitarianism, sheer fascism.

Is Mrs. Obama’s performance a disgrace? It is, in fact, not just a disgrace but also a dangerous disgrace.

It is abundantly clear that Elon Musk gets it. It is crystal clear that he is devoted to free speech.

And for that, those of us who are free-speech fundamentalists can be grateful.

But not for a second should it be thought that Mrs. Obama’s action is some sort of one-off. It is, in fact, a sad and dangerous reality that is only the tip of the censorship/totalitarian iceberg that America is facing from the Left.