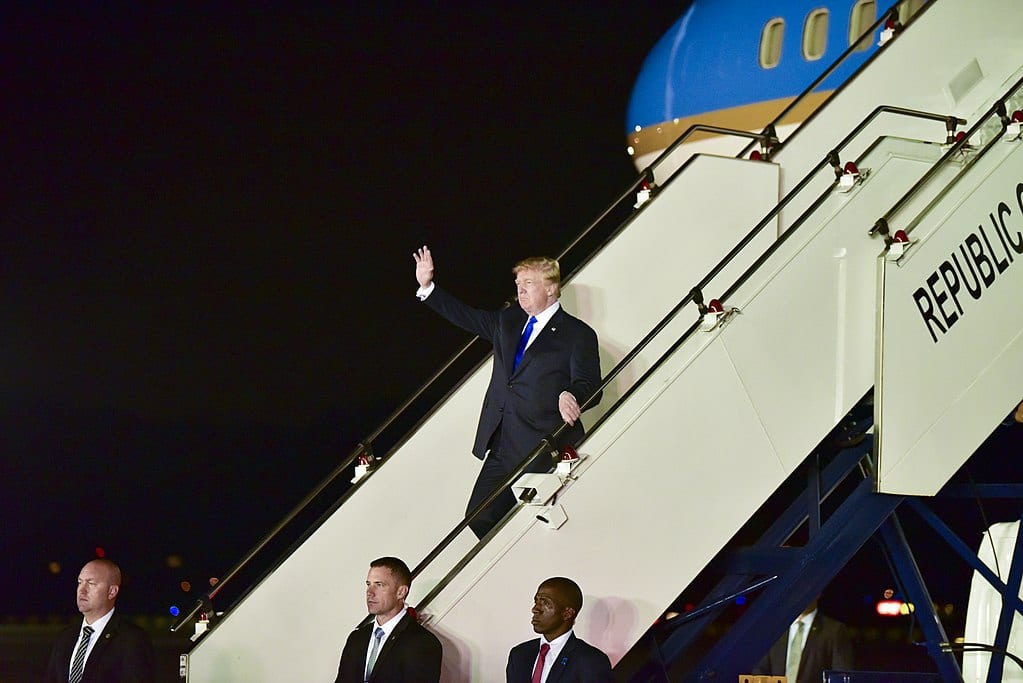 Well, so much for protocol, and diplomatic rules, and the “consensus” of the American foreign policy establishment. All of the wisdom of what is called “the Blob” was exposed as nonsense the other day in Singapore, and all of that nonsense just got scattered to the winds. What’s the Blob, you ask? It’s a group of self-described experts in international relations including “current and former government officials, think-tanks, interest groups, and journalists” representing “both neoconservatives and liberal internationalists” who tell us they are wise and indispensable to the global world order.

In a Politico essay by Susan Glasser, the Blob was described as “gossipy and insecure, careerist and insular, prone to creating and then quickly discarding conventional wisdoms and forever struggling to find Big New Ideas in a world that craved them.” Nevertheless, their warnings had to be heeded:

The small world of those whose business it is to care about the world worried about jobs, sure, but when they clucked about the Trump team’s disastrous disregard for the interagency process, they weren’t talking merely about bureaucratic disorder or the failure to observe the polite customs of some antiquated tribe. They knew where the nukes were buried and how serious the Russian hacks actually were, and how hard it was going to be to fight a war in Iraq if we were busy banning all Iraqis from entering our country. And now they were genuinely terrified, for the first time in my lifetime at least, about something as fundamental as America’s place in the world.

So what happened Tuesday at the Capella Hotel in Singapore? President Trump and his Cabinet simply tore up the entire Foggy Bottom playbook, and succeeded beyond anyone’s wildest dreams. It turns out that there’s no such thing as foreign policy expertise after all. Dennis Rodman has more diplomatic skills than the entire Obama Administration. You have to imagine that more of the career crowd over at the State Department will be forced to resign and take up yoga, join a commune, or find a psychotherapist.

How can the foreign policy elites be taken seriously now – even by themselves? President Trump just did every single thing that you’re not supposed to do, and it worked. First, he answered North Korea’s missile test provocations with louder provocations, and then publicly belittled their leader as “Rocket Man.” What was the reaction of the foreign policy experts to the President’s truth-telling at the United Nations? They were shocked, shocked at Trump’s lack of couth. They were upset that he was not polite enough to the most repressive regime on earth. Richard Haass, in particular, was worried on every cable news channel appearance about what he heard from our allies at cocktail parties and polo matches. The entire global order was in peril, according to very wise men like John Kerry and James Fallows.

It turns out that very wise men like Kerry and Fallows and Haass know less than zero. Meanwhile, the President and his new Secretary of State, Mike Pompeo, ran the old “good cop, bad cop” routine to perfection. The Supreme Leader of North Korea, a basketball-loving tyrant running a prison camp country, was forced to blink in Singapore and decided to take the off-ramp away from war with the United States. Was the Trump Administration really about to bomb Pyongyang back into the Stone Age? It turns out that no one had the stomach to find out, and so Kim Jong-un folded at the Capella Hotel with a smile and a handshake.

Make no mistake: this is a great moment for the starving people of North Korea. They may be able to stop picking up grass off the roads for dinner, and find a nearby McDonald’s. The persecuted Christians there may be given some relief. There is only one group that hated this summit and all that it stood for. But who cares? The Blob doesn’t know how to play poker, or run the world, after all. All over Washington, the American foreign policy establishment was forced to fold like suckers. It was the President who took the pot.