Flynn Files,Top Story #Censorship,Blacklisting,Trump Artists in Uniform - The American Spectator | USA News and Politics
Menu
Flynn Files
Artists in Uniform
Two-faced artist-activists rail against past censorship while imposing it on others today. 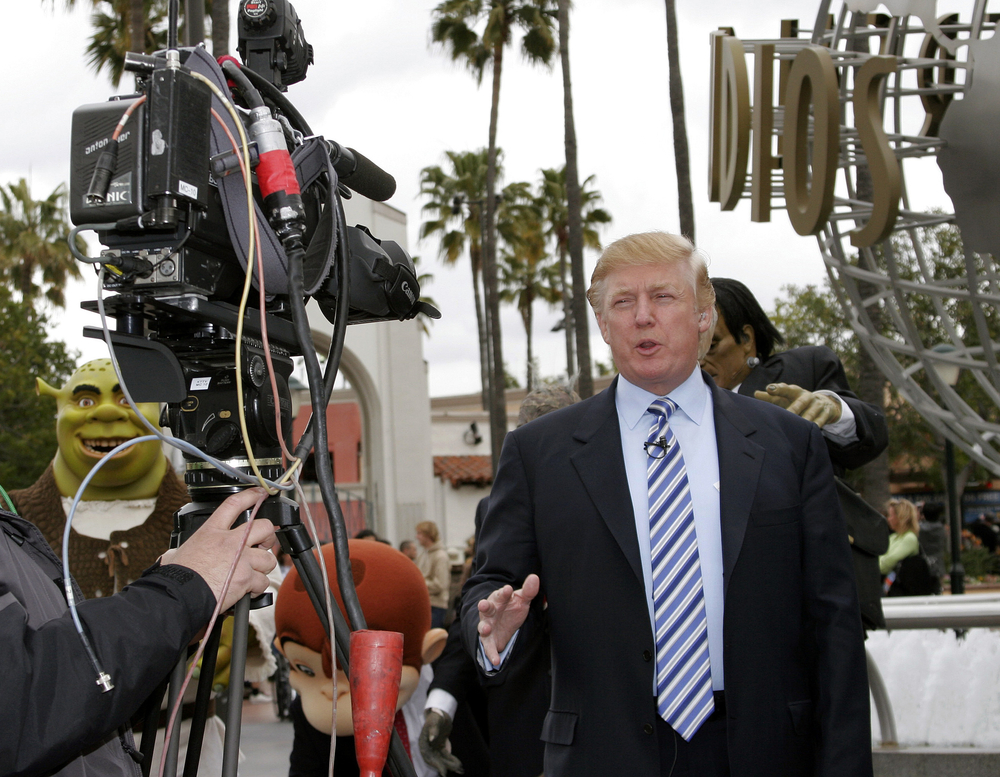 “This class struggle plays hell with your poetry,” John Reed, the first of three Americans buried in the Kremlin Wall, famously remarked.

It sure did for his friend Max Eastman, who wrote Artists in Uniform as a way of ridiculing the notion of art as a weapon. Eastman, who, like Reed, came out of the free-wheeling Greenwich Village Left that ultimately created so-so-serious Leninists, noted in his book that the American delegation to the International Congress of Revolutionary Writers convening in 1930 in the Soviet Union resolved to call themselves “agitprop troops” instead of novelists or playwrights or scribblers or whatever, and to don blue blouses to make them recognizable like any other military unit.

Some people become their own punchline.

“Yes, pen in hand, revolutionary writers are soldiers of the great invincible army of the international proletariat, they are in that sense artists in uniform, with one purpose, one aim, one objective for which they are ready to fight, to go to jail, and die,” Communist Joshua Kunitz wrote in August 1933. “And for the life of me I fail to see anything humorous in that.”

Artists in uniform, who introduced blacklists before opposing them, enthusiastically blacklist again. Please respect their right to blacklist today as they rail against past blacklists. Artistic license matters.

The target of their present banishment hosted Saturday Night Live twice, starred on a top-10 primetime television show, helped promote the highest-grossing (at the time) pay-per-view event in history, appeared in Home Alone 2, Zoolander, and other popular films, and exponentially increased the ratings of various cable television channels over the last four years.

“Donald Trump attacked the values that this union holds most sacred — democracy, truth, respect for our fellow Americans of all races and faiths, and the sanctity of the free press,” Gabrielle Carteris, the president of SAG-AFTRA better known to most as “Andrea” on Beverly Hills, 90210, said in a statement. “There’s a straight line from his wanton disregard for the truth to the attacks on journalists perpetrated by his followers.”

While nobody mistakes Trump for Bogart (or SAG-AFTRA for something other than Harvey Weinstein’s enabler), the ban — by the very people who portray themselves as always and everywhere in opposition to censorship — seems designed to block the former president from reviving his former show The Apprentice, which, given the boycotts by New York City of doing business with the guy who built its denizens a Central Park skating rink and the PGA of America breaking an agreement by pulling the 2022 PGA Championship from Trump National Golf Club Bedminster, would seem a way for Trump to recoup the financial losses incurred by serving as commander in chief.

When conservatives cite SAG-AFTRA’s petty move and similar acts of intolerance as a revival of the blacklist, they fail to realize that the initial Hollywood blacklist (just like the current de facto one) targeted entertainers who failed to toe the left-wing line. The imposers of the Hollywood blacklist then became, like Robespierre or Trotsky, victims of the destructive machinery they left behind.

“The Hollywood Communists dominated the so-called talent guilds and backlot union from the 1930s into the 1950s,” Lloyd Billingsley, author of Hollywood Party: How Communism Seduced the American Film Industry in the 1930s and 1940s, tells The American Spectator. “They knew that in the studio system they couldn’t get their political vision on the screen. Long before the studio blacklist, the Communists used their power to quash movie projects they didn’t like and harm the careers of those who opposed them.”

Communists threatened Screen Actors Guild President Ronald Reagan with an acid bath to his moneymaker for refusing to halt work in response to the demands of leftist crackpots embroiled in a labor dispute. Stalinist Dalton Trumbo, who later played victim as one of the Hollywood Ten, snitched on Tinseltown antiwar voices to the FBI during the Second World War once the Soviet Union became allied with the United States (he opposed America’s entry in the war when Hitler and Stalin carved up Eastern Europe). Threat of expulsion from the Communist Party forced Stalinist playwright Howard Fast to change the third act of 30 Pieces of Silver.

Never did so many earn across-the-board 10s in mental gymnastics (and not just from the Romanian judges).

When Franklin Roosevelt morphed from fascist to friend back to fascist, Communists successfully removed the number “Mr. Roosevelt, Won’t You Please Run Again?” from the play Meet the People. The Hollywood Anti-Nazi League changed its name to the Hollywood League for Democratic Action (and later American Peace Mobilization) immediately after Hitler and Stalin entered into an alliance. The New Masses trashed the anti-Nazi play Watch on the Rhine during that alliance but praised it when, after the Nazis turned on the Communists, it came out as a film.

Albert Maltz, himself a Communist, judged that such preoccupations with party lines harmed art. “Writers must be judged by their work,” he wrote in an important 1946 article in New Masses, “and not by the committees they join.” This caused commissars Howard Fast and Mike Gold to make the transcontinental trip to Los Angeles to browbeat the heterodox Communist. Art is a weapon, they insisted, and art is not for art’s sake. Maltz, a man unbroken by the House Committee on Un-American Activities and prison, publicly renounced his quite sensible article.

The cultural Marxists who eclipsed, if briefly, the Marxists, embraced the idea of propaganda, pamphleteering, and opinion journalism as art. Herbert Marcuse wrote in one sentence that “censorship of art and literature is regressive under all circumstances” and then in the next informed that “pseudo-art,” which oppresses, “is not art” and therefore subject to censorship. His 1965 essay “Regressive Tolerance” called for “intolerance against movements from the Right, and tolerance of movements from the Left.”

From Simon & Schuster pulling Sen. Josh Hawley’s book to the Mexican Summer record label canceling Ariel Pink’s contract for attending the peaceful Trump rally in the capital but not the violent one at the Capitol, leftists follow this censorship script.

Barring Donald Trump from the must-see TV lineup poses as no crime against art. But it exposes a century of ideologues posing as artists whining about censorship as they imposed it upon any who dared disagree.