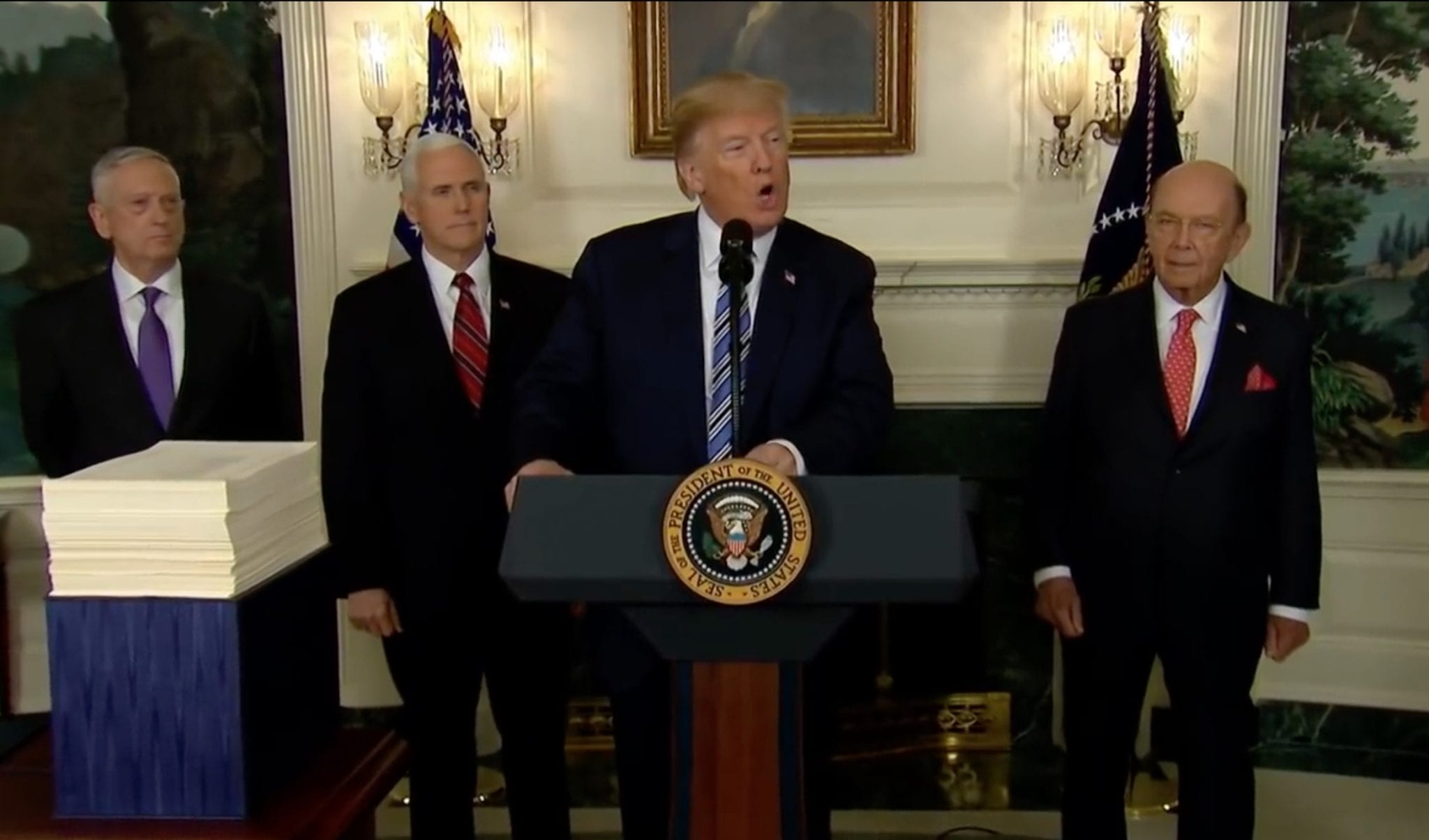 President Donald J. Trump is unhappy. Why? Because he signed a wildly unpopular (outside of Washington, D.C. at least) omnibus spending bill. Chants of “never again” emanated from the president’s mouth as he described the $1.3 trillion spending bill as “ridiculous” (as though he had no choice but to sign the dreadful legislation). Pathetically, the president hid behind the military, as every Republican president does when they are about to abandon their voters.

It’s not that anyone expected Donald Trump to ride into office and start governing by fiat (although, his predecessor certainly did that). In fact, we didn’t expect the president to completely stop the spending. But, you can be damn sure that we expected him to the hold line. After all, the president was the master of the “art of the deal.” It would have been one thing for the president to have signed into law a bill that he disliked, but that still gave him the money to build an actual, concrete border wall. Or, a bill that allowed for him to expand the border patrol, as he promised to do in 2016.

What did he get?

Lots of money for entitlements and even more for defense. And for Planned Parenthood. And for every Democratic policy imaginable (save for the DACA kids. That’s okay, though, because the Left will use those kids — like they use all kids — as human shields to generate campaign funds and support during 2018). Besides, once Joe Biden and Julián Castro of Texas are elected in 2020, general amnesty will be granted to all illegals.

While the Defense Department does need to shore up its war-making capabilities after nearly two decades of war, the Pentagon had more money going toward it than the defense establishments of the next five countries combined (including rivals, such as China and Russia). Same with the rest of the government. The question should have been whether or not America’s bureaucracies were spending the money that they already were given wisely. They weren’t. Not a single one of these agencies should have received another dime until the Republicans had effectively audited them. It’s not like they couldn’t have done this. The Republicans control all of government!

Republicans constantly promise to rein in government spending, so as to save our kids from a bleak future. They promise to drain the swamp. But, then, they become proud swamp creatures once in charge. This is what Trump was up against. He was supposed to be up to the task. Friday proved that even Trump was not. To my friends who remain as enamored with Trump as we all were two years ago, Trump did not play Congress. As a former congressional staffer, let me assure you, unfortunately, the president got played. And we all lost.

You see, despite the fact that the president did get more money to spend, Congress attached strings — as it always does — to what that money can be spent on. So, no, the president cannot just take the money intended for yeti farming in China and use it to build a wall. The money that was allotted to him by Congress, if it is to be repurposed, is subject to congressional review by law.

The president didn’t look like Teflon Don at the bill signing. He looked like a hostage being forced to comply with his captors. The debt is a nuclear missile pointed at all of us, about to be launched. A battle over this particular spending bill was Trump’s last — only — chance to force Congress to return to normal budgeting cycles (as opposed to bloated omnibus bills). He could have easily vetoed this sham bill and placed the onus entirely on Congress, thereby reaffirming and galvanizing his base going into 2018. He didn’t do that.

Signing the #Omnibus was a huge mistake. Calling a presser and vetoing this monstrosity would have been a game-changing moment. Instead, it’s all lost now.

There is NO WAY @realDonaldTrump shd sign this #Omnibus bill. It betrays his campaign pledges and mortgages the millennials’ future.

Don’t expect him to stop the spending in September, either, when another spending bill will be needed (and don’t anticipate getting anything we were promised). Trump is truly the “king of debt.” Like every great power before us, America is going to collapse because of onerous debt. A $21 trillion debt, barely three percent GDP growth, while tacking on spending, add on the potential knock-on from a trade war, and you’ve got a recipe for a financial disaster.

2016 was the Flight 93 election. Well, Trump got into the cockpit and then decided to crash the plane himself. You don’t make America great again by saddling our kids with unpayable debt. Face it, Trump sold us out to the Swamp. Game over.

Hey, at least Jared Kushner is going to bring us Mideast peace. Not!

Yeah, because you’ll be impeached.