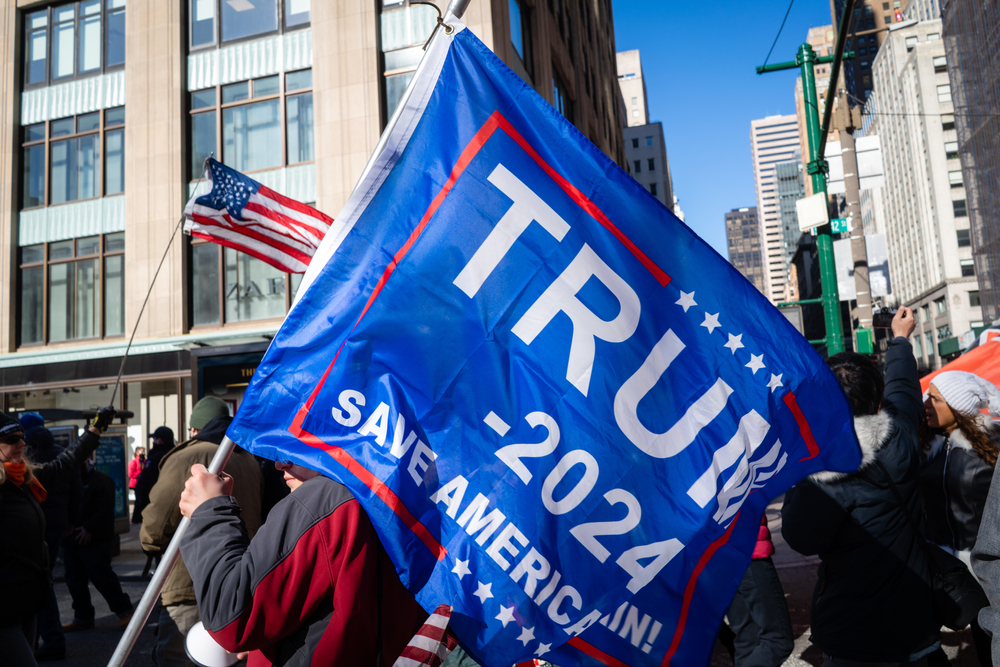 Let’s not kid ourselves. Former — yes, former — President Donald Trump wants to run for president in 2024, and so he shall.

The story some Republicans like to tell themselves — that Trump will not run again for the White House because he knows he can’t win and he’s smart enough to see the glory in being a GOP kingmaker — is wishful thinking.

Trump is enjoying leaving his plans unclear so he can lure various GOP hopefuls to Mar-a-Lago to kiss his ring. Later, Trump can use their courtship against them.

He’ll run because he only gets the ego-slathering adulation he craves at a campaign rally. If he dooms the GOP to failure and sows more discord among voters, he’s OK with that.

He doesn’t mind losing, because he can pretend he didn’t lose, blame election fraud, and let his base shred any elected Republican who dares call out the emperor’s new clothes.

The base thinks that Trump’s critics lack courage when it’s really the likes of House GOP leader Kevin McCarthy who folded to save his sorry skin.

In January, McCarthy declared that Trump “bears responsibility” for the Jan. 6 mob move on Capitol Hill. Later, McCarthy retreated and, in an act of Trump fealty, turned on Rep. Liz Cheney, R-Wyo., for not backing down from what he once said about the Capitol riot.

Wednesday, by a voice vote, House Republicans expelled Cheney from her No. 3 leadership spot. McCarthy argued his party had to act to maintain the GOP’s status as a “big tent.”

As Cheney noted during remarks delivered on the eve of her ouster, the Electoral College declared President Joe Biden the winner, more than 60 state and federal courts rejected Trump campaign challenges, and Trump’s own Department of Justice found no evidence of fraud.

To buy Trump’s claim that his victory was stolen, you have to believe that scores of GOP officials dishonestly covered up election fraud, while Trump was the honest one fighting a “rigged” system.

Problem: When Trump had the authority to fight election misdeeds, he came up empty. He named an “election integrity” commission to look at 2016 fraud and chose true believer Kris Kobach, then Kansas secretary of state, to head it. The panel later folded without the promised proof of stolen votes.

Yes, Democrats gamed the election system to facilitate a Biden victory. But they did it under cover of law. COVID-19 gave Dems an opportunity to make it easier to turn out their vote. Trump’s amateur-hour lawyers failed to stop them.

Be it noted, Cheney was not a “never Trumper.” While she voted to impeach Trump after Jan. 6, she voted against impeaching him in 2019 and supported him in 2020.

Former Trump assistant press secretary Austin Cantrell, a loyal one-time aide until Jan. 6, is baffled at the leadership’s decision to go after Cheney.

The GOP should be focused on going after Biden’s border policy, gas shortages, inflation, and job numbers, Cantrell observed: “All this does is redirect attention from those issues to our own family fights — all to change a conference chair that no one cares about anyways!”

Cheney now says she’ll do anything she can to keep the former president out of the Oval Office. A new group of Trump skeptics is threatening to pull out of the GOP.

“I think it’s political malpractice for a party that lost the Senate and the House and the White House under Trump to stand behind him in 2024,” GOP strategist Alice Stewart told me.

Yes, Stewart noted, Trump is great at raising money and turning out certain voters, but the country doesn’t want his “toxic personality” in the Oval.

And so, Stewart concluded, “Nobody is going to be able to take him on unless they take him out.”