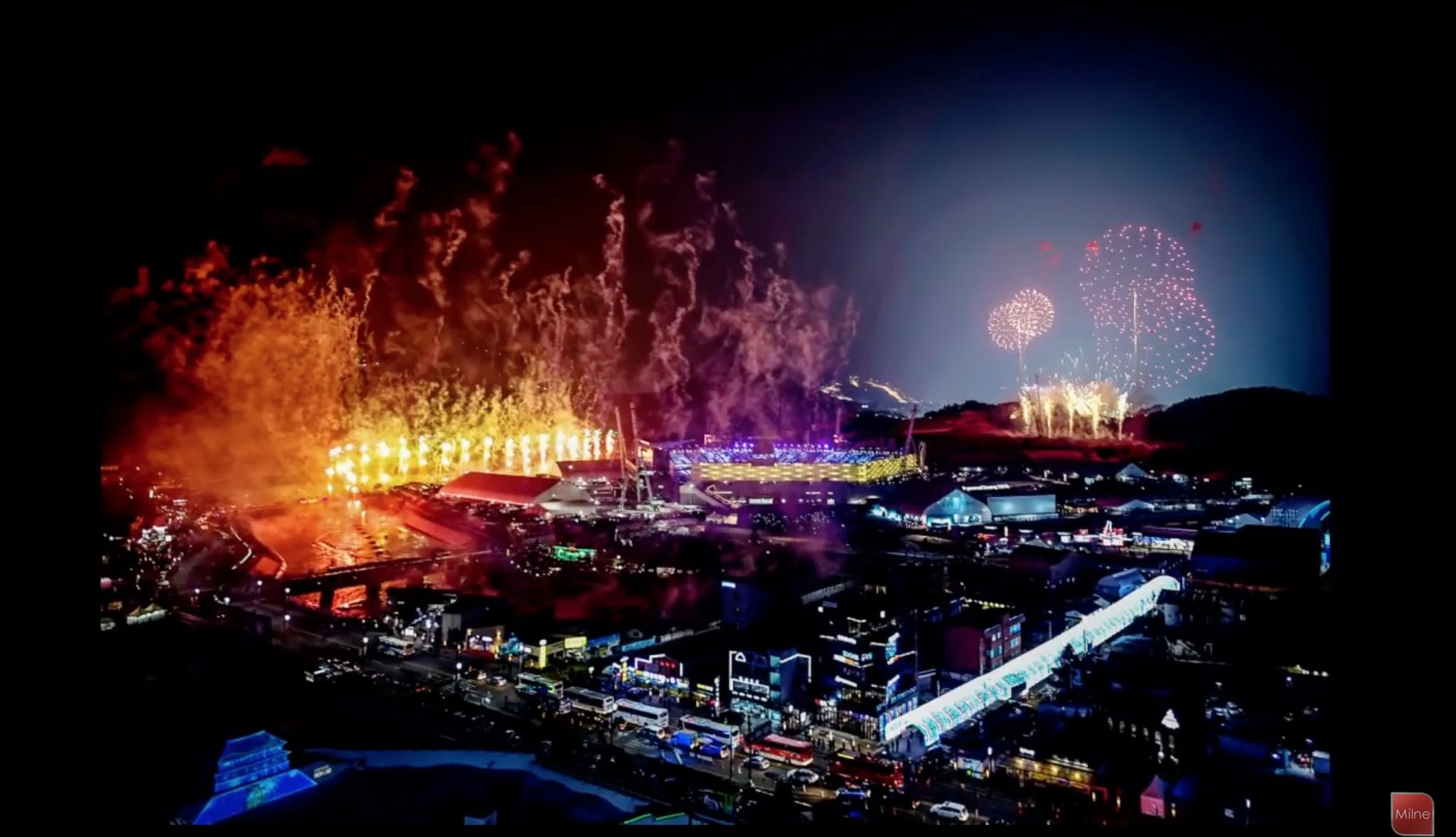 The Olympics — winter edition — are upon us in all their usual extravagance. They are being played in Korea — the one that is south of the 37th parallel — and this makes for a kind of tension. The Olympics are supposed to be about peaceful competition and a celebration of humanity’s better angels. So of course, you play the games in a part of the world where tensions are almost unbearably high and the next big war is most likely to erupt and to feature nuclear weapons. Both North and South Korea are armed to the teeth and the United States maintains a military presence in the South sufficient to guarantee that when shooting starts we will be involved. You have to wonder if the juxtaposition of impending war with the Olympics was intentional and based on the hope that some sort of breakthrough synthesis would come out of this dialectic. There are people in this world who think that way. Who believe that the Olympics foster peace and understanding among nations. They are the same ones who believe that the UN is the world’s last, best hope.

There was an opening ceremony that went on approximately forever and to say it was “over the top” would be an understatement. The only thing more excessive was the commentary supplied by the professional talkers, one of whom managed to say something so dim-witted and offensive that the network (NBC) actually fired him. The man, Joshua Cooper Ramo, said, in that patronizing, know-it-all tone that all TV analysts seem to master, that “Every Korean will tell you that Japan is a cultural, technological and economic example that has been so important to their own transformation.”

The Koreans have not entirely forgotten or forgiven the long and brutal occupation of their country by the Japanese who took to enslaving Korean women and using them to provide sexual services for their soldiers. The Japanese called them “comfort women.”

Easy to understand why the Koreans took offense at Ramo’s little homily. One imagines that some NBC execs were thinking that Matt Lauer would never have blundered like that. But Matt didn’t make the Olympics this time, having been disqualified by his own sexual scandal.

But his old sidekick Katy Couric was there in Korea. She gushed and gee-whizzed in her usual fashion and made her own blunder. Something about how the athletes from the Netherlands were good ice skaters because the canals in their country froze over in the winter.

Harmless stuff but it did throw light on one of the Olympics’ many anomalies. Namely the disparity between nations when it comes to their preferred athletic contests. This being the winter games, it was all about cold weather events. And, boy, was it cold in Korea. So cold and windy that some ski events in the early days were postponed. The organizers of the Olympics didn’t know it got cold in Korea?

Skiing and ice skating and, recently, snowboarding are pastimes that flourish in relation to distance from the equator. So the games in Korea were not really all that inclusive and universal. There was no team from, say, Nigeria to contest Canadian dominance in the thrill-a-minute sport of curling.

Furthermore, there is a kind of implicit elitism in many of the Olympic sports. The skiers train all the time and this costs money. At the prep schools in Vermont, where Olympic hopefuls go to train ceaselessly, there are arrangements made for the students to head south of the equator in the summer in order to keep training. Tuition at one of these schools is in excess of $40,000. So the competition is not strictly between “elite athletes” but also pretty much confined to the elite.

Now none of this is enough to make a good ski run unwatchable. The athletes in Korea are doing remarkable things and it is thrilling to watch one of them on the downhill, skis on their literal edges and skier hanging on for dear life. Some of the performances are, indeed, remarkable.

So remarkable, in fact, that you don’t need the television shills to remind you of this fact. But they, of course, never do shut up. The hype begins as irritating and then becomes boring. Eventually, you just tune out.

And, finally, there is the politics. The Olympics were supposed to transcend nationalism and unite the world in a spirit of … blah, blah, blah.

So, of course, in the past we got the Hitler Olympics in Berlin. We got the massacre of Israeli athletes in Munich. We got a boycott by the U.S. of the Moscow games. We get media reminders of how many medals each nation has won.

And this year, we get Kim Yo Jong, the sister of the North Korean tyrant. She graced the opening ceremonies of the Olympics and looked good in a chilling sort of way while doing so. So, naturally, elements of the media in what we sometimes think of as the “free world” found ways to actually make her seem glamorous; calling her, among other things, “Ivanka Trump of North Korea.”

This “Pence” person would be the Vice President of the United States. A job that is distinctly not as chic as “Deputy Director of Agitation and Propaganda,” which is Kim Yo Jong’s title.

Next to her, Pence is just a stiff from Indiana. No glamour. No mystery. Guy has almost certainly never ordered a single political execution. Never starved any of his countrymen. And besides, he works with Trump so…

The Olympics have another couple of weeks to run. After which it will be time to start talking about the Summer Games.

If, that is, the North Koreans can hold back on launching those nukes they are so proud of.