by Scott McKay
The White House 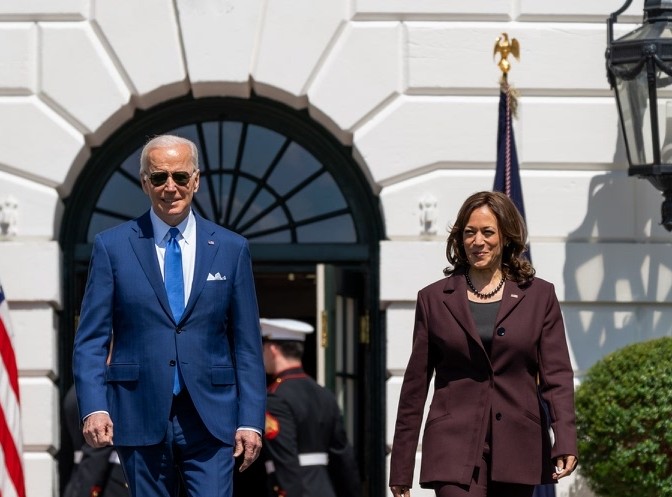 Call me crazy, but I’m just not sure this is what the American electorate is looking for in this fall’s midterm congressional elections…

Heilemann said inflation is “psychologically the most devastating thing politically” and said the key to mitigating losses, according to the strategy, was to make Donald Trump the face of the Republican Party and then harangue attacks against him as an undemocratic force in U.S. politics.

“The strategy that people are kind of thinking about now … is we’re going to have these [Jan. 6] committee hearings. Donald Trump’s going to be in the spotlight … Let’s take Donald Trump, take that [Jan. 6] committee, the threat he poses to democracy, make [Trump] … the face of the Republican Party, talk about Marjorie Taylor Greene, Lauren Boebert, Madison Cawthorn. Say this party is crazy town, it’s Trumpist [and that] Trump is a threat to our democracy,” he continued. “Democrats are thinking about what kind of strategy could incorporate those events in a way that would maybe at least point towards a path to limit losses, if not hold on to the house.”

I have no reason to believe John Heilemann isn’t correct in his analysis. He’s one of the co-stars of The Circus, that Showtime series you might have watched an episode of, and he’s written a couple of books on politics — Game Change and Double Down — that he teamed up with Mark Halperin on. He’s a TV talking head, which in itself doesn’t confer an overwhelming amount of authority, but when it comes to Democrat thinking and doing, on balance you can assume Heilemann knows what he’s talking about.

And when John Heilemann says that this fall’s Democrat strategy is to run against Reps. Marjorie Taylor Greene and Lauren Boebert, otherize Donald Trump and those who support him, and keep bringing up January 6 as some sort of Pearl Harbor moment in American history, you can assume it’s more than just Heilemann spitballing. The political consultants and message-makers in that party are telling him this.

Former House Speaker Newt Gingrich, who knows something about Democrats getting clobbered in midterm elections, picked up on Heilemann’s analysis and noted that it’s also unlikely to work. All of these prominent Dems running around claiming it’s a “messaging” problem that is bedeviling Joe Biden’s approval numbers and the generic congressional ballot test are liars, you know. If there were actual successes out there, you’d be hearing about them.

I’ll leave the analysis of this strategy to Gingrich. His piece is worth a read. I have something larger to bring to the table because in a little more than a month my new book, The Revivalist Manifesto, will be out and it has a lot to say about this moment.

Because here’s the thing: the people the Democrats are going to attempt to otherize with their campaign of fear are the folks they’ve been at war with for more than a decade now. They started out as the Tea Party, and their movement was suppressed and strangled by the Obama administration through politically-motivated IRS audits and other means. Then they came back as the MAGA movement, and the Obama leftovers and congressional powers that be (including a few Republicans like the hellbound John McCain) suppressed and strangled that through the Russia hoax and a “fortified” 2020 election.

And yet the movement, which is both populist and conservative but more importantly has now learned all of the Left’s political lessons and realizes Alinsky’s Rules for Radicals and other tools can be played right back in the Democrats’ faces, is now stronger than it’s ever been.

I call it a revivalist movement because while it’s conservative, what it seeks to conserve doesn’t reside in the status quo. And while the Democrats might want to call it Trumpist, it’s bigger and growing smarter than Trump. (READ MORE: Toward An American Revivalism)

That’s not a shot at Trump, you understand. The point is he’s not alone in reflecting the new political style.

If the fantasies of Chuck Schumer and Nancy Pelosi et al. were to manifest themselves and Donald Trump disappeared from the earth, the GOP’s 2024 nominee would almost assuredly be Ron DeSantis, and they are utterly defenseless against him.

And while at present it’s likely Trump, rather than DeSantis, who’s the 2024 Republican nominee, it’s DeSantis who is rapidly becoming the standard for Republican politicians.

The Florida anti-grooming bill these people have made utter asses of themselves screeching about is one of several bills flying through legislatures in red states, and they’ve all got huge public support. We’ve talked in this space about how even Democrat voters in Florida are strongly supportive of that bill. The position of the Democrats’ power elite in opposing it is idiotic in the extreme. It’s a game-changer and a party-killer.

But there’s so much more.

A perfect example is out west.

Adam Laxalt is opening up a lead of more than a touchdown in the Nevada Senate race against incumbent Democrat Catherine Cortez Masto, according to a Democrat polling group. Laxalt has pulled even with Masto among Hispanics in Nevada. Why is that?

Probably because the Democrat Party has abandoned any effort to maintain a border with Mexico. In so doing, they’ve lowered the standard of living for Hispanic American citizens, whose neighborhoods are being deluged with low-skilled immigrants who don’t speak English, exert downward pressure on wages in a time of rampant inflation, fill up the schools and hospital emergency rooms and drive around — often badly — without licenses or insurance.

Call opposition to this “racist” all you want. It’s the reality these voters face and they don’t like it. And these voters don’t need to be told how bad Democrat policy is.

So what’s the solution Team Masto has come up with? Calling Laxalt a homophobe.

Boy, Hispanics will just love that, won’t they?

The problem is one of credibility. The Democrats don’t have it. Most Americans are a whole lot more frightened of them than they are of Trump, or Marjorie Taylor Greene, or Ron DeSantis.

In fact, talk to apolitical Americans and what you’ll find more often than not is that if Nancy Pelosi is terrified of Lauren Boebert it’s a positive, not a negative, for the latter.

Even if Trump might turn people off with mean tweets and undisciplined statements, the people who share his take-no-prisoners view of conservative politics are now legion. And they’re growing. You can’t demonize all of them.

I’ve said it before, and I say it again in The Revivalist Manifesto, but the era of political consensus in America, the accord and detente between the William F. Buckley conservatives and Daniel Patrick Moynihan liberals, is gone. What’s coming is the war between revivalist Republicans and neo-communist Democrats over the future of America.

This fall’s election is the beginning of those hostilities. If Heilemann is correct, it’ll be scorched earth from the Left. And the public already doesn’t like it.

The question is whether the GOP is ready to fully embrace revivalism and control the future of the nation. Let’s hope it is.