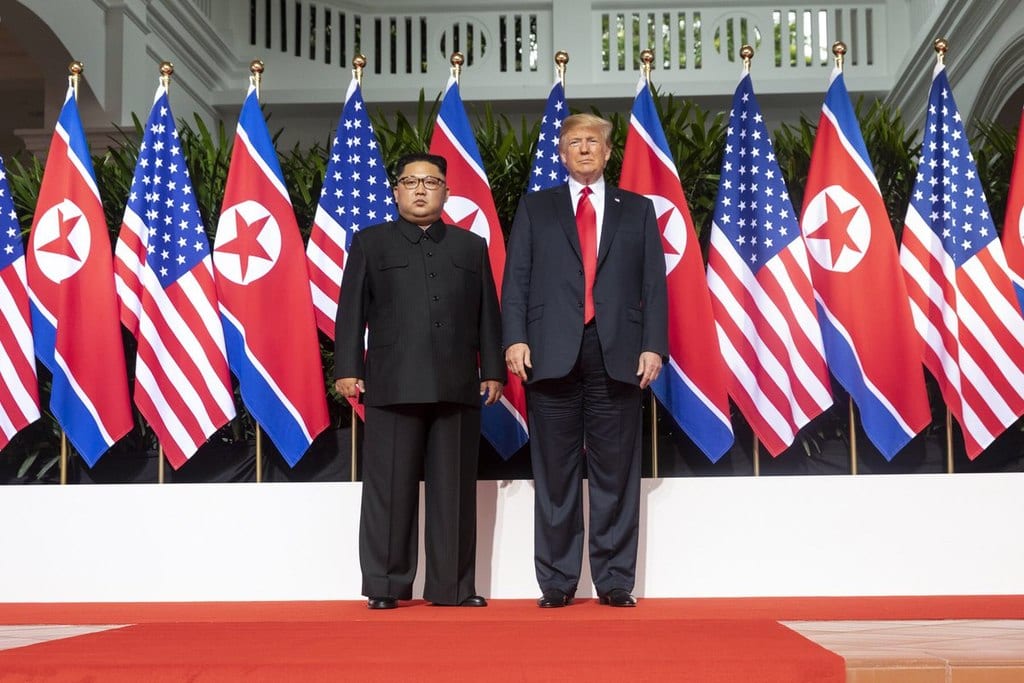 In the epic HBO mafia series, The Sopranos,Tony Soprano is famous for having advised Richie Aprile, a fellow gangster, that, “Those who want respect, give respect.” It’s such a simple bromide that it almost seems laughable that we have to say such a thing today. That it came from the mouth of the thoroughly repugnant Tony Soprano should remind all of us just how fine of a line it is between good and evil (whether it be in fiction or reality).

It is the fine line between good and evil—and its relation to foreign policy — that reminded me of that wonderful line from that bygone HBO series (you know, before HBO became the network of sex and dragons). In case you haven’t heard, U.S. President Donald J. Trump had a little pow-wow with North Korean strongman, Kim Jong-un, in Singapore earlier this week. And, as per the usual, the Western media (who’ve appropriately been dubbed as “presstitutes” by their erstwhile critics on the Right) have attempted to paint the deal in the worst light imaginable.

They wonder why is Trump succeeding where so many — namely Bill Clinton and Barack Obama — failed so miserably?

It all comes down to respect.

Fact is, every high-profile meeting between American leaders and North Korean leaders has been disrespectful. In the case of Bill Clinton, he wanted to ignore the “achievement” of North Korea having become a nuclear state and, instead, he wanted to pay them off to not develop nukes (as if they were some mistress he were trying to keep quiet). George W. Bush was far too belligerent toward them. Barack Obama was simply too weak (how could anyone respect a man who clearly disliked his own country?).

For their part, the Left continues griping about how unfair it was for the Right to celebrate Trump’s meeting with Kim while having spent years castigating former President Obama for having not only met with Cuban and Iranian leaders — but normalizing relations with Cuba and Iran (the latter of which he agreed to allow for their development of a nuclear weapons arsenal).

In both cases of Cuba and Iran, Obama met with these rogue regimes — and gave them everything they wanted — without preconditions. For Obama, then, the mere act of having met with a foe was the basis of diplomatic victory.

However, we know that President Trump insisted upon total de-nuclearization going into the meeting and throughout the meeting. According to the joint statement released by the two leaders, the United States maintains—and the North Koreans respect — its decades-long commitment to total (and verifiable) de-nuclearization on the Korean Peninsula.

This is a far cry from what Obama did (and the Left knows it).

Donald Trump is the only American leader to approach North Korea’s leaders as a fellow leader of a sovereign state looking to resolve a shared problem. This is in stark contrast to his predecessors, who, on some level, approached North Korea as universal emperors looking to dictate terms to simple tribes. Trump wanted to deal with Kim fairly — and equally — over not only his nuclear weapons program, but overall U.S.-North Korean relations. That Trump also spent the previous year ratcheting up pressure on both North Korea and their Chinese benefactors sent the right mix of signals to Pyongyang that America was to be feared and respected.

Just imagine if George W. Bush had taken a similar approach toward Saddam Hussein after 9/11, rather than predetermining to topple his disgusting regime in 2003. The world might be a better place because of those actions.

The respect was evident between Trump and Kim. Not only from Trump, who praised Kim effusively. But, also from Kim, who used the formal Korean dialect — the dialect that is reserved only to show elders that they are respected — when speaking with President Trump.

In former President Dwight D. Eisenhower’s final speech to the nation, Eisenhower urged Americans that they must “avoid becoming a community of dreadful fear and hate, and be, instead, a proud confederation of mutual trust and respect.”

Even among enemies one must respect them. In so doing, perhaps, actual trust can be garnered. And, from there, hopefully, peace can be fostered; threats can be mitigated; and everyone can move toward prosperity. But, it all starts with respect. Trump gave Kim the respect that he had been seeking for most of his life from the West. In return, Kim gave Trump respect.

What a novel concept: an American president respecting another state’s sovereignty.